WASHINGTON, DC – Two U.S. senators have introduced bipartisan legislation that would restore the U.S. government’s promise to Filipino World War II veterans and ensure those surviving are fully eligible for the benefits they earned. 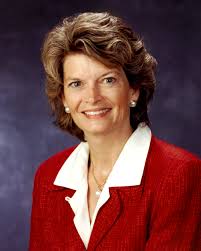 “Our broken promise to Filipino WWII veterans and their families is a stain on our nation’s history,” said Sen. Schatz. “And while we’ve tried to right that wrong, there are still far too many who have not received the basic veterans’ benefits they earned. Time is running out, and for some, it is already too late. We must act quickly to pass this legislation and fully honor the men and women who fought with us and served so bravely when we needed them.”

Sen. Murkowski said, “We must never forget that the Philippines was annexed by the United States during World War II. Many served under the U.S. flag and bravely put their lives on the line in defense of our nation’s interests. But after the war their substantial contribution to the U.S. effort has been diminished in history. The time to recognize these brave veterans for what they were, veterans of the United States, is long overdue.”

More than 250,000 Filipinos served under the U.S. flag in the Pacific during the Second World War. As citizens of a U.S. commonwealth during the war, Filipinos were promised full veterans benefits for serving in the U.S. Armed Forces.

However, because of the Rescission Act of 1946, most Filipino World War II veterans did not receive these benefits and have been largely under-recognized for their wartime efforts. The Filipino Veterans Fairness Act of 2018 would fulfill the moral obligation of the United States to take care of its veterans and their families.

The Filipino Veterans Fairness Act of 2018 would eliminate the distinction between the Regular or “Old” Philippine Scouts and the other three groups of veterans—Commonwealth Army of the Philippines, Recognized Guerrilla Forces and New Philippine Scouts. It would also allow Filipino veterans’ spouses and children to qualify for the same Dependency and Indemnity Compensation that current U.S. veterans receive.

“Just as our Filipino veterans fought bravely to defend the American flag during World War II, it is our duty to fight to ensure that they receive the compensation and benefits that they deserve. NaFFAA remains committed to working with Members of Congress and community partners to honor our veterans for their sacrifices.”

Today, there are an estimated 17,000 living Filipino veterans of World War II now in their 80s and 90s.