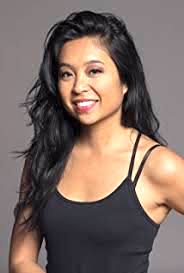 NEW YORK – A Filipina American is among the three finalists of HBO Asian Pacific American Visionaries, a short film competition that provides emerging directors of Asian and/or Pacific Islander descent the opportunity to showcase their work.

Filmmakers Maritte Go, a Fil-Am, (“Remittance”), Huay-Bing Law (“June”), and Feng-I Fiona Roan (“Jiejie”) will have their short films premiere at the 2018 Los Angeles Asian Pacific Film Festival in May. The first, second and third place winners will be announced then.

HBO will debut the trio of films during Asian Pacific American Heritage Month in May on its on-demand and digital platforms (including HBO NOW®, HBO GO®, HBO On Demand® and affiliate portals).

For this year’s competition, directors were asked to explore the concept of “home” in creative and innovative ways. As a result, the trio of films addresses a range of historic – and timely – issues of immigration, racism and assimilation. Judged by a panel of HBO executives, industry leaders, and fellow APA filmmakers, the jury also included representatives from the Los Angeles Asian Pacific Film Festival and the Coalition of Asian Pacifics in Entertainment (CAPE).

Launched in 2016, APA Visionaries was created to help further the dialogue about race, diversity and representation in Hollywood while also identifying new cinematic storytellers who offer unique perspectives of the Asian Pacific American experience.

Maritte Go (“Remittance”) is a Filipino American filmmaker who attended USC as a graduate student with a Masters in Film and TV Production. She is currently in pre-production to direct and write a horror anthology produced by Radio Silence. Inspired by her immigrant family’s experiences, “Remittance” tells the story of a Filipino cruise worker who receives a call informing her that her son is in the hospital.

Huay-Bing Law (“June”) is a native Texan whose narrative and documentary shorts have earned a Student Academy Award nomination and other notable honors. He is currently pursuing his MFA in Film Production from the University of Texas at Austin. Set on an American college campus during the 1960s, “June” chronicles the experience of a young Chinese woman as she attends her husband’s graduation.

Feng-I Fiona Roan (“Jiejie”) is a writer/director born in Taipei, raised in Oregon and now living in Los Angeles, where she earned her directing MFA from the American Film Institute. Prior to filmmaking, Feng-I was trained in classical Chinese Literature at National Taiwan University. “Jiejie” is a portrait of two young sisters being raised by a single immigrant mother in Los Angeles in 1997.