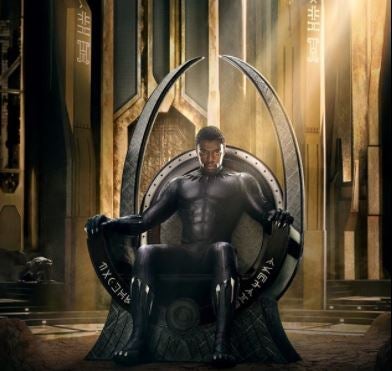 Fans of Marvel’s “Black Panther” are currently obsessing over one village in Illinois for having a name similar to “Wakanda,” the fictional nation in the movie.

Wauconda, Illinois, recently got some attention for its similarity to King T’Challa’s country. In fact, the city government has been receiving calls for vibranium requests, The Hollywood Reporter reported on Thursday. In the movie, vibranium is a powerful metal that makes “Wakanda” a technologically advanced nation.

According to the US Census Bureau, Wauconda has a population of around 13,758 people, far from the fictional African country.

When the phone calls started coming in, Wauconda mayor Alise Homola said, “At first, I was like, is there a full moon out?” She added that she was aware of the new superhero flick, but not its plot.

Homola also recalled that one unusual phone call she received. “Someone called and asked how we pronounced the village name and when I told him, he began yelling, ‘Wakanda forever!’ which I am guessing is from the film,” she said.

Even others are riding on the “Black Panther” success. In Atlanta, Georgia’s Hartsfield-Jackson International Airport, they are offering non-stop flights to “Wakanda.” In this tweet, the airport joked that “the bags are packed” to get ready to fly to country.

The bags are packed 😂😩 #WakandaForever pic.twitter.com/X8U554vWxh

Replying to the tweet, “Black Panther” actress Lupita Nyong’o posed some questions to the airport, but was ready to get on board.

Apart from La Femme Nakia, what else is on the in-flight entertainment? T’Challa’s Angels, M’Baku To The Future, Shuri’s Gotta Have It, Killmonger Bill, W’Kabi In The Woods…?

Riding in on Nyong’o’s joke, the airport’s account then replied with some music in the in-flight entertainment and suggested some humorous song titles such as “Killmonger Me Softly” and “T’Challa Back Girl.”

We’ve gotta have some music on the in-flight entertainment too. Now streaming: Killmonger Me Softly, T’Challa Back Girl, M’Baku That Thang Up, Straight Outta Wakanda, N’Jadaka Said Knock You Out.