JOHN, New Brunswick – A frustrated councillor has been unable to bring his wife from the Philippines to this port city despite its officially acknowledged need for more immigrants to bolster its population.

Ward 2 Councillor Sean Casey has been trying to get his wife, Michelle, who lives in the Philippines, to come to Canada for almost a year.

“It’s been pretty rough,” the Ward 2 councillor says. “Sadly, I’m still in the paperwork phase because everything has been so slow,” Casey told Atlantic CTV News. 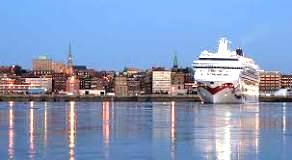 Casey, who met Michelle in Singapore seven years ago, says her application for a six-month tourist visa was rejected. They married in the Philippines in May in hopes of speeding up the process. But to no avail.

Ironically, Saint John has just launched a plan to attract more immigrants to the steady decline of its population. The new strategy calls for the cooperation of local agencies and the provincial and federal governments to accelerate the immigration process and prevent barriers like Casey is experiencing.

“We need results. The decline in population for the city of Saint John between 2012-2016 of people will cost the city dearly; over $15 million in revenue,” Mayor Don Darling told Atlantic CTV News. “We should do everything we can possible to help with that, to streamline the process.”