What We Know So Far About Minecraft Legends | INQUIRER.net USA

What We Know So Far About Minecraft Legends

The world’s favorite build-em-up open-world game will soon have another spinoff. Minecraft has billions of players worldwide, and fans will have a new way to enjoy the game soon. In 2023, prepare to enjoy Minecraft as a new action strategy game!

The official Minecraft YouTube channel announced Minecraft Legends on June 13, 2022. It has the classic freeform building gameplay mixed with tower defense and strategy. Find out if Minecraft Legends is worth the wait until next year.

We will go through everything we know so far about the game based on the announcement trailer and the blogs. Still, there is no reason to get bored as you could still play the original Minecraft. We will also discuss what is in store for the original title. 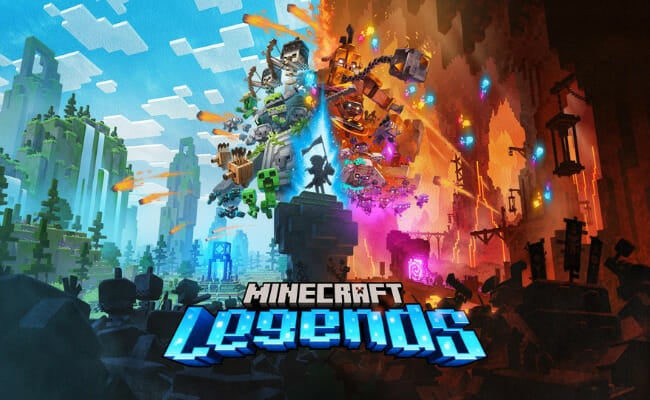 The Minecraft Legends trailer started with footage of the Overworld. Meanwhile, a narrator’s voice shares some clues about the plot.

It tells you to “form valuable alliances” to prevent the world from falling to Nether corruption. If you remember, the Nether is the underground section of Minecraft where you can find the Nether Dragon.

The narrator also said you would inspire unexpected friends to form valuable alliances as the camera swoops over the regular critters of the game. Then, the voice’s tone and the background music changed as the skies darkened.

That is when you see why you must form valuable alliances with those unexpected friends. Out of nowhere, a portal opens, allowing Piglins to enter the Overworld.

In Minecraft Legends, your task is to prevent these baddies from spreading Nether corruption. It plays differently from the original builder title as a new action strategy game.

Sadly, it only provides a few clips of actual gameplay. The trailer shows the player character riding a horse accompanied by the regular Minecraft critters.

In the original Minecraft, most of them peacefully roam the Overworld while others may attack you. Now, some of them will join you in beating the Piglins.

The playable character waves a blue flag as he charges into strategic battles. It might be a feature that lets you command troops to rally to your location or attack specific enemies.

Staying true to its Minecraft roots, Legends lets you build structures. So far, the trailer showed how you could build defensive fortifications to protect specific areas of the map.

You could still watch the trailer on YouTube if you want to see it. The release date is 2023, available on PC Game Pass, Xbox Game Pass, Xbox Series X/S, Xbox One, PlayStation, Nintendo Switch, and Steam.

Other new features of Minecraft Legends 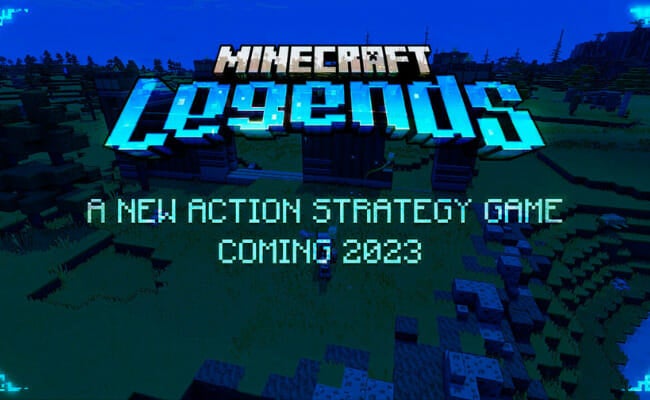 Another cool thing about this addition to the Minecraft universe is the co-op and competitive multiplayer. In other words, the game will allow you to team up with friends.

Meanwhile, the competitive features will let you wage epic battles against other player groups. Since you “inspire unexpected friends (in-game creatures)” to join you, Minecraft Legends will probably let you form large armies.

It will come out on multiple platforms, so you might be able to play with friends no matter their gaming system. As mentioned, Minecraft Legends still does not have an exact release date. 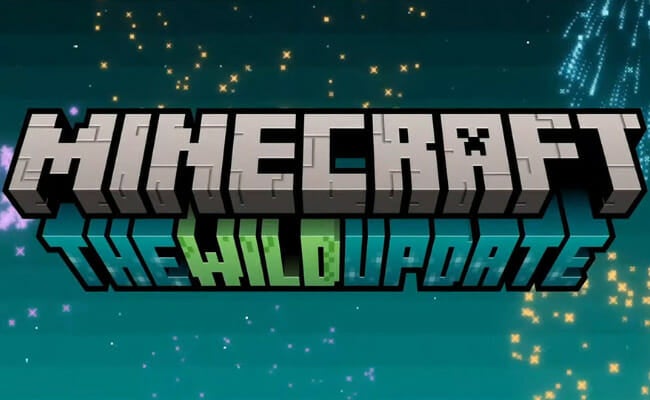 You can start playing Legends immediately upon release via Xbox Game Pass or similar services. Still, waiting for an entire year for it can get boring. Fortunately, Minecraft keeps updating with new content.

On June 7, 2022, Minecraft gained new features with The Wild Update (1.19.0). It lets you explore two new locations, the Deep Dark and the Mangrove Swamp Biome.

Unlike the Nether, you can dig your way to the Deep Dark by doing so in mountainous regions. Also, you will not find a lot of creepy crawlies in this darkness.

Instead, you will have to watch out for the Warden. It does not actively prowl the Deep Dark like the Nether Dragon. However, you must be careful not to wake it up.

Stay as quiet as possible using the Silk Touch enchantment or a wool block. Use it to navigate around the sculk veins stealthily or risk rousing the Warden from its slumber.

The Wilds Update also brings the recovery compass, an item that aids in finding the last location where your character died. You can build one with echo shards scattered in ancient cities.

Moreover, it adds a new biome called Mangroves Swamps. You can find them in areas with high humidity and temperatures. These areas contain mud blocks and mangrove trees.

Use the mud blocks with wheat to create packed mud for walls, stairs, and slabs. You can renew them with a water bottle, or you may leave them on a pointed dripstone to produce clay.

Swamps are also home to diverse life with tadpoles and frogs. The latter lays eggs that hatch into tadpoles and come in three types: warm, cold, and temperate.

We will see Minecraft Legends in action next year. The trailer does not share many details about the game, but they were enough to get fans excited!

The announcement trailer showed that players will be able to forge valuable alliances and lead them to fight hordes of Piglins. You will have to wait for 2023, though.

In the meantime, you might want to play the recent updates of Minecraft and Minecraft Dungeons. Even better, read more articles on Inquirer USA!

What is Minecraft Legends’ gameplay?

The upcoming Minecraft title will play as an action strategy game. You build defensive structures and forge alliances to lead them in strategic combat.

When is Minecraft Legends’ release date?

Minecraft Legends will come out in 2023. It has no exact month and day for the release. Fans will just have to wait for further announcements.

How much is Minecraft Legends going to cost?

There are no details on how much Minecraft Legends will cost. You will have to wait for its release in 2023 for more information.

Does Minecraft Legends have multiplayer?

Next year’s Minecraft spinoff will allow players to team up against others. Sadly, the reveal trailer did not provide more details about the multiplayer aspect.

Is Minecraft Legends on PS5?

You can play Legends on Windows, PS4, PS5, Xbox Series X, Xbox Series S, and Xbox One. If you want to play it on day one, choose Xbox Game Pass instead.