The congressional committee investigating the attack on the U.S. Capitol by Donald Trump’s supporters trying to overturn his 2020 election defeat presented testimony on Thursday showing that close allies – even his daughter – rejected his false claims of voting fraud.

The U.S. House of Representatives select committee probing Jan. 6, 2021, assault also showed graphic footage of thousands of rioters attacking police and smashing their way into the Capitol. It was the first of six planned hearings intended to show that the Republican former president conspired to unlawfully hold onto power.

It also showed part of Trump’s incendiary speech before the attack in which he repeated false election fraud claims and directed his supporters’ anger at Vice President Mike Pence, who was at the Capitol overseeing the congressional certification of Democrat Joe Biden’s election win – a process the riot failed to prevent. 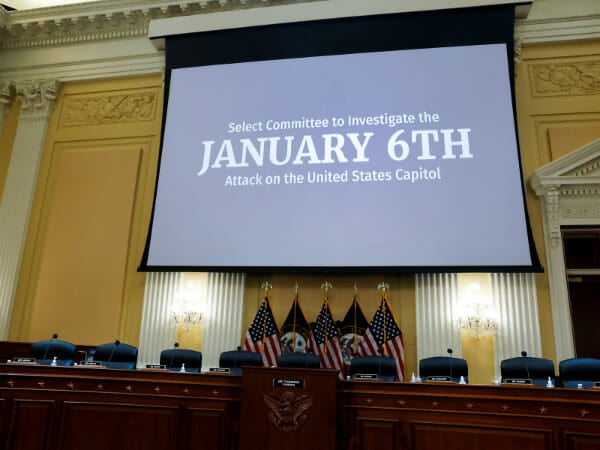 Empty chairs are seen before the opening public hearing of the U.S. House Select Committee to Investigate the January 6 Attack on the United States Capitol, on Capitol Hill in Washington, U.S., June 9, 2022. REUTERS/Jonathan Ernst

Some congressional Republicans in the days after the attack condemned Trump, but most have since changed their tune, supporting him and downplaying the day’s violence. Trump himself has gone after Republicans who voted to impeach him for his actions, backing primary challengers to them ahead of the Nov. 8 midterm elections that will determine control of Congress for the following two years.

Democratic committee chair Bennie Thompson said Trump was at the center of a conspiracy to thwart American democracy and block the peaceful transfer of power.

“Jan. 6 was the culmination of an attempted coup, a brazen attempt, as one writer put it shortly after Jan. 6, to overthrow the government,” Thompson said. “The violence was no accident. It was Trump’s last stand.”

Barr in videotaped testimony said: “I made it clear I did not agree with the idea of saying the election was stolen and putting out this stuff, which I call the bullshit. And, you know, I didn’t want to be a part of it.” 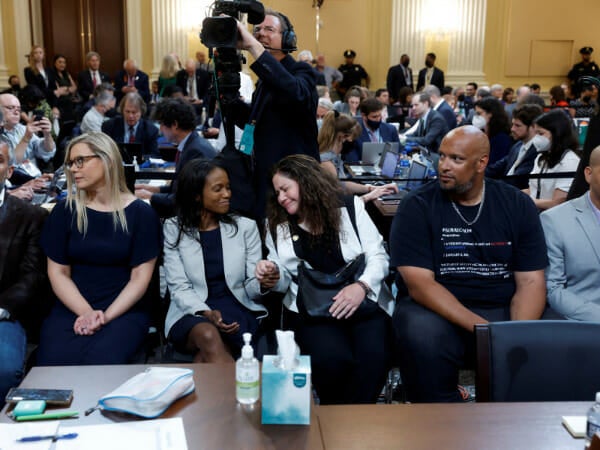 “I respect Attorney General Barr. So I accepted what he was saying,” Ivanka Trump said in videotaped testimony.

Trump, who is publicly flirting with another White House run in 2024, issued a statement before the hearing calling the committee “political Thugs.”

“Aware of the rioters’ chants to ‘hang Mike Pence,’ the president responded with this sentiment: ‘Well, maybe our supporters have the right idea,'” said Representative Liz Cheney, one of the two Republicans on the nine-member panel and its vice-chairperson.

Since leaving office last year, Trump has kept up his false claims that his 2020 election loss to Biden was the result of widespread fraud, an assertion rejected by numerous courts, state election officials, and members of his own administration.

“We can’t live in a world where the incumbent administration stays in power based on its view, unsupported by specific evidence, that there was fraud in the election,” Barr, who resigned about two weeks before the Capitol attack, said in the video. 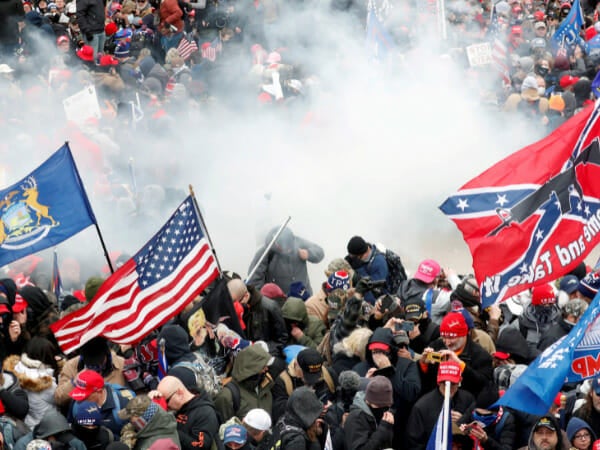 Tear gas is released into a crowd of protesters during clashes with Capitol police at a rally to contest the certification of the 2020 U.S. presidential election results by the U.S. Congress, at the U.S. Capitol Building in Washington, U.S, January 6, 2021. REUTERS/Shannon Stapleton/File Photo

Kushner was shown on video dismissing threats by some Trump aides to resign after the riot as “whining.”

The hearing also featured two witnesses who testified in person: U.S. Capitol police officer Caroline Edwards, who sustained a brain injury in the attack, and Nick Quested, a filmmaker who captured footage of the far-right Proud Boys group, accused of helping to plan the attack.

Edwards described insults hurled by rioters at her during the melee but said she was proud of fighting them off even after being injured.

“I was slipping in people’s blood,” Edwards said. “It was carnage. It was chaos.”

“What I saw was just a war scene,” Edwards added.

The mob attacked police, sent lawmakers and Pence fleeing for their safety, and caused millions of dollars in damage. Four people died that day, one fatally shot by police and the others of natural causes. More than 100 police officers were injured, and one died the next day. Four officers later died by suicide.

“Those who invaded our Capitol and battled law enforcement for hours were motivated by what President Trump had told them: That the election was stolen and that he was the rightful president,” Cheney said. “President Trump summoned the mob, assembled the mob, and lit the flame of this attack.”

To her fellow Republicans – who voted to remove her from her House leadership position – Cheney offered a warning: “There will come a day when Donald Trump is gone, but your dishonor will remain.”

Cheney noted that multiple Republican congressmen contacted the White House after Jan. 6 to seek pardons for what she said was their role in trying to overturn the election.

Biden on Thursday described the attack as “a clear, flagrant violation of the Constitution.”

A Reuters/Ipsos poll released on Thursday underscored the partisan lens through which many Americans view the assault. It found that among Republicans about 55% believed the false claim that left-wing protesters led the attack and 58% believed most of the protesters were law-abiding.

Two Republican Georgia state election officials who Trump tried to pressure to “find” votes that would overturn his election defeat will testify at hearings later this month, a source familiar with the matter said.