An abortion rights protester on Monday chained himself to a perimeter fence set up outside the U.S. Supreme Court to protest its expected decision overturning the landmark 1973 Roe v Wade ruling that legalized the procedure nationwide.

The man, who secured a heavy-duty U-shaped bicycle lock around his neck, chanted “Overturn Roe? Hell no!” as a group of anti-abortion protesters marched and shouted back at him, carrying signs with slogans including “Protection at Conception.” 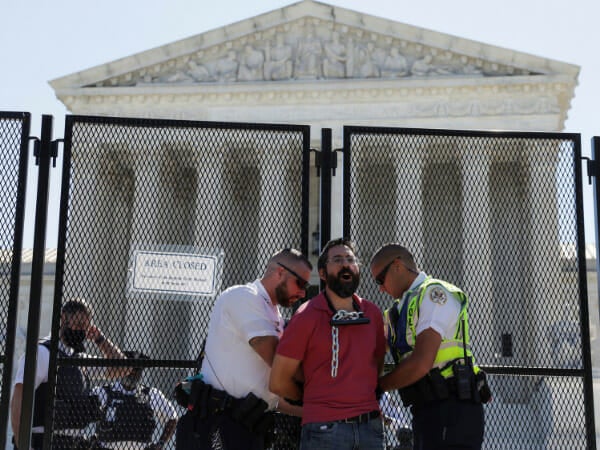 Police arrest an abortion rights activist after he chained himself to security fencing while protesting outside the U.S. Supreme Court in Washington, U.S., June 6, 2022. REUTERS/Evelyn Hockstein

The man remained secured to the fence for about 15 minutes until he was removed by authorities. He held up a green bandana with the address of an abortion-rights group’s website. In a video on the group’s Twitter feed, the man identified himself as Guido Reichstadter of Miami and said he was there because Americans’ rights were coming under attack. 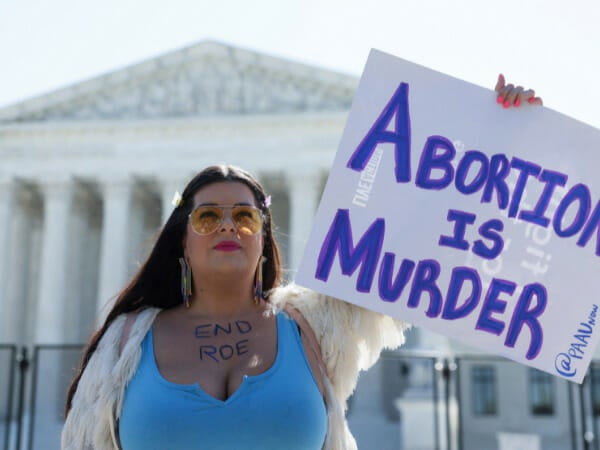 “I’m doing this as the first step, kind of like throwing down the gauntlet, the first step in a call to the people of America who support abortion rights – and that’s the vast majority of us – to step out of inaction and passivity and sitting back and to enter nonviolent resistance,” he said.

The ruling in the case, involving Republican-backed abortion restrictions in Mississippi, is expected by the end of June.

Abortion rights battles have been flaring around the country since a draft opinion powered by the Supreme Court’s conservative majority that would overturn the landmark decision was leaked last month.

Such a ruling would enable states to outlaw abortion, a goal of many Republican elected officials and religious conservatives.