Digital money, a curiosity just a few years ago, is emerging as an intense concern among central banks with the potential to erode the power of monetary policy, and even in the best of worlds likely to take control of interest rates more difficult, according to new Federal Reserve and other research.

A New York Fed symposium this week laid out the puzzle central bankers face in dealing with emerging digital technologies that range from new ways to process payments to new asset categories like cryptocurrencies and stablecoins.

There are benefits seen in the underlying technology, including better transaction speed, lower cost, and easier accessibility to banking services, and even with recent crashes and volatility, it is assumed it will keep advancing. Ignore it, in other words, and systems developed by upstart private companies could capture larger shares of finance and make “central bank cash” less relevant – diminishing central bank control over interest rates.

Create a substitute in the form of a central bank digital currency, and new instabilities could emerge – including the potential for a digital dollar or euro to replace conventional bank deposits and compete with money market funds and other key financial instruments. In a crisis, the process could mimic a bank run, leave the system starved for liquidity, and force the Fed, for example, to either ramp up lending to commercial banks or beef up its own holdings of Treasury bonds and similar securities to keep the system stable. 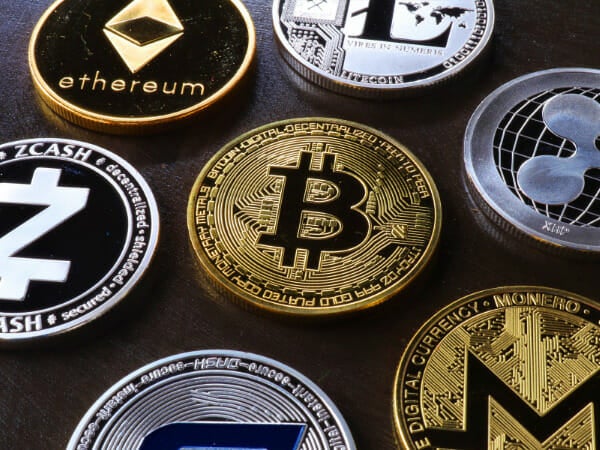 Banks losing deposits would have to compete for fresh ones and “depending on the intensity…the general level of short-term interest rates…could rise” as a result, concluded a Fed paper this week outlining possible outcomes should the U.S. central bank adopt a digital currency at the retail level, open to households. “A retail CBDC could magnify financial sector stress, forcing the Federal Reserve to provide more liquidity to banks through existing tools…The Federal Reserve’s longer-term footprint in certain asset markets, such as in U.S. Treasuries, could become more pronounced.”

The Fed is debating whether to develop a digital currency, as are most central banks around the world. A decision has not been made, and officials say it would take congressional approval to move forward.

The point of tension may seem far off since the market value of cryptocurrencies and stablecoins remains a small slice of the financial system. But payments processors, such as PayPal and Apple Pay, are growing fast, and at the start of this year handled transactions on the scale of major credit card companies. Among cryptocurrencies and stablecoins, it was noted at the New York conference, that some of the arrangements involve exotic lending schemes – credit creation – that, if expanded, could entail larger risks.

“What if the central bank no longer has money that is relevant either at the retail or the wholesale levels? In that case, the central bank could start losing traction,” in its monetary policy, Eswar Prasad, a Cornell University professor and author of the recent book “The Future of Money” on the topic, said on the sidelines of the conference.

“In some countries, it is becoming a problem today. China, increasingly India or Sweden – the use of central bank money in retail payments has plunged to basically nothing” as private payments providers have stepped in.

The implications of central bank digital currencies for monetary policy is just one part of a broader look by institutions like the Fed at how emerging technologies will change the financial system. As those technologies have become more prominent, the implications for financial stability and the risks posed to individual investors have become a higher priority for research and regulation.

In the United States, President Joe Biden, citing the growth in crypto assets over five years from $14 billion to $3 trillion as of November, issued an executive order in March detailing the Treasury and other agencies to start looking at how best to regulate the industry.

Given the stakes, central banks around the world are quickly moving off the sidelines.

A Bank for International Settlements survey published last month of 81 central banks in countries that account for nearly all global economic output found more than 90% were exploring the idea of a central bank digital currency.

More than a quarter are either actively developing a digital currency or running pilot programs, a share that nearly doubled from 2020 to 2021. The explosion of electronic payments, as well as crypto investment during the pandemic, is accelerating the work, respondents said, with about 60% of banks saying that the use of cash is in decline.

Adoption may not necessarily be disruptive.

In a published presentation to the New York Fed conference, Andrew Hauser, executive director for markets at the Bank of England, said that “while the technology for any future CBDC may be new…the use of the central bank balance sheet to provide state-backed transactional money…is one of the oldest functions of central banks.”

But it may be coming fast.

“The innovation occurring in money and payments has the potential to alter the existing…monetary system upon which current monetary policy implementation frameworks are designed,” said Lorie Logan, executive vice president of the New York Fed and recently named to head the Dallas Fed. “How things evolve from here is uncertain, and the impact of these innovations could be revolutionary, or more evolutionary.”