An Ohio woman visiting Yellowstone National Park in Wyoming was seriously injured this week when a wild bison gored her and tossed her about 10 feet (3 meters) in the air when she came too close, park officials said on Wednesday.

The 25-year-old woman from Grove City, Ohio, was attacked about a mile (1.6 km) northwest of the famous Old Faithful Geyser on Memorial Day morning after approaching within 10 feet (3 meters) of the animal.

The National Park Service warns visitors to Yellowstone to stay at least 25 yards (meters) away from bison and other large animals at the park. 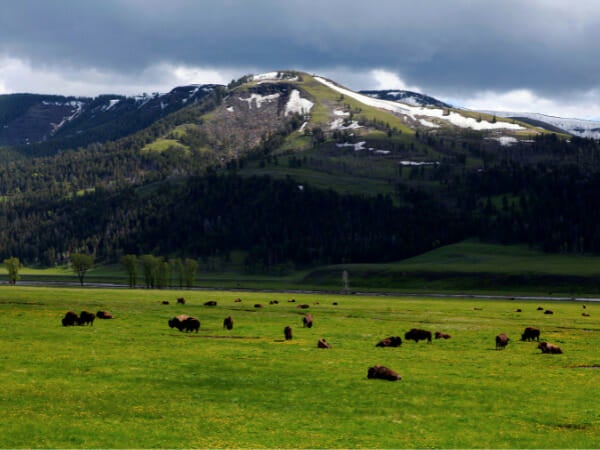 A herd of bison graze in the Lamar Valley in Yellowstone National Park, Wyoming, June 20, 2011. On average over 3,000 bison live in the park. REUTERS/Jim Urquhart

The woman was gored, officials said, when she walked toward the animal as it approached a boardwalk at Black Sand Basin, a grouping of geothermal hot springs in the northwest corner of Wyoming.

“Wildlife in Yellowstone National Park are wild and can be dangerous when approached,” officials said in a statement. 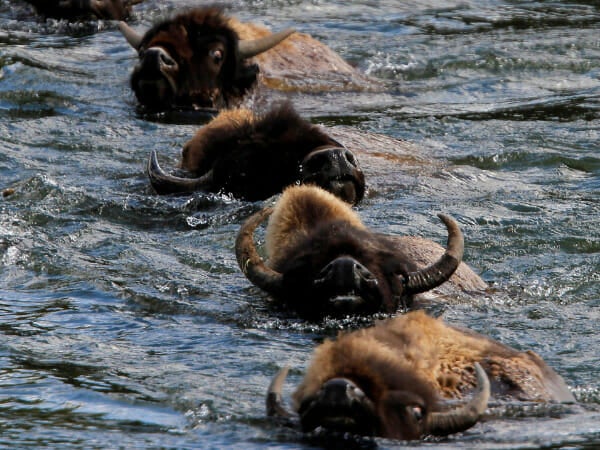 A herd of bison swim across the Yellowstone River in Yellowstone National Park, Wyoming, June 21, 2011. On average over 3,000 bison live in the park.REUTERS/Jim Urquhart

The woman was not identified by the National Park Service. Officials said she suffered puncture wounds and other injuries and was taken to Eastern Idaho Regional Medical Center in Idaho, about 130 miles (210 km) southwest of Black Sand Basin.

Hospital officials did not release any information on the woman’s condition. A park representative declined to comment further on the incident.

There are more than 5,000 bison in the sprawling park that is largely in Wyoming and extends into Idaho and Montana.

The park had no immediate data on how many people are attacked by bison but officials said that the attack over the holiday weekend was the first of the year.