Canada’s government introduced legislation on Monday to implement a national freeze on the sale and purchase of handguns as part of a gun-control package that would also limit magazine capacities and ban some toys that look like guns.

The new legislation comes just a week after a gunman killed 19 children and two teachers in their classroom in Uvalde, Texas.

ARE GUNS ILLEGAL IN CANADA?

No. Canada has much stricter gun laws than the United States, but Canadians are allowed to own firearms providing they have a license. Restricted or prohibited firearms, like handguns, must also be registered.

Canadians must be over 18 and pass a firearms safety course to hold a license, which is renewed every five years.

Children aged 12-17 can get a minor’s license, allowing them to borrow non-restricted firearms like most rifles or shotguns for hunting or shooting competitions, and buy ammunition.

Exceptions may be made for under-12s, including indigenous children, who need to hunt to sustain themselves and their families. 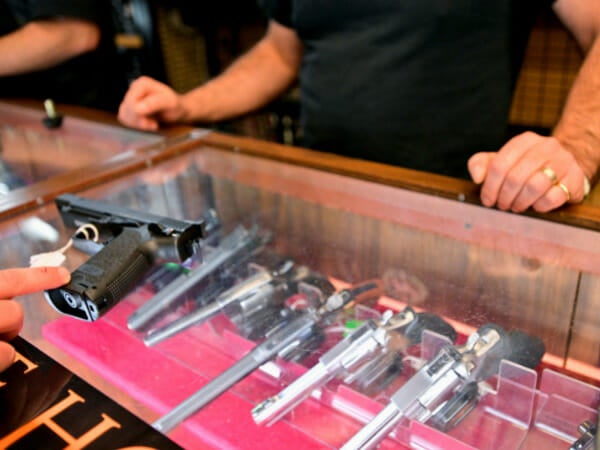 A customer at Wanstall’s Hunting & Shooting looks at a handgun after Canada’s government introduced legislation to implement a “national freeze” on the sale and purchase of handguns, as part of a gun control package that would also limit magazine capacities and ban some toys that look like guns, in Maple Ridge, British Columbia, Canada May 31, 2022. REUTERS/Jennifer Gauthier

Indigenous people who engage in traditional hunting practices may not need to take a firearms safety course if it is too far away or expensive. Instead, they can ask for alternative certification based on a recommendation from a community elder confirming they have necessary firearms knowledge.

Canada banned the sale and use of around 1,500 models of assault weapons, like the AR-15 rifle, two years ago in the wake of a mass shooting in Portapique, Nova Scotia.

HOW MANY GUNS ARE IN CANADA?

The number of registered handguns in Canada increased by 71 percent between 2010 and 2020, reaching approximately 1.1 million, according to the federal government.

A 2017 Small Arms Survey estimated there were 12.7 million firearms in civilian possession in Canada, and there are an estimated 34.7 firearms per 100 people.

WHERE IS GUN OWNERSHIP CONCENTRATED? 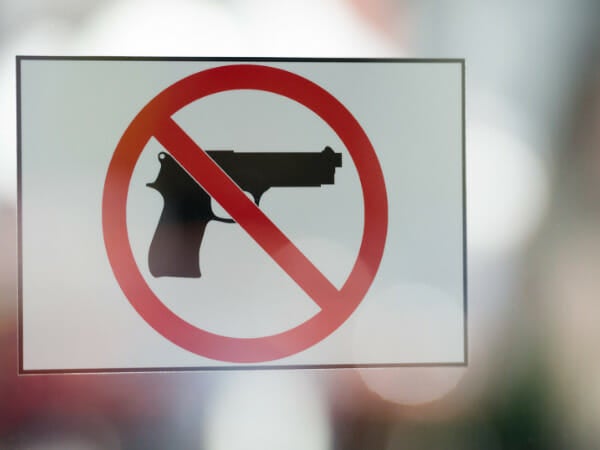 According to the Royal Canadian Mounted Police, more than 2.2 million people held gun licenses in 2020.

Most of those were in Ontario and Quebec, the two most densely populated provinces, followed by the western provinces of Alberta and British Columbia.

A 2019 Angus Reid survey found most guns in Canada are found in rural areas and used for hunting and recreational shooting.

HOW MANY PEOPLE DIE FROM GUN VIOLENCE IN CANADA?

Canada’s rate of firearm homicides is 0.5 per 100,000 people, versus the United States’ rate of 4.12, the University of Washington’s Institute for Health Metrics and Evaluation (IHME) said in a 2021 analysis.

HOW MANY MASS SHOOTINGS HAS CANADA HAD RECENTLY?

1989 – 14 women engineering students were killed in their classroom at the Ecole Polytechnique in Montreal, Quebec.

1992 – four professors were shot and killed by a colleague at Concordia University, Montreal.

2006 – a gunman killed one woman and injured 19 other people in a shooting at Dawson College in Montreal.

2017 – six Muslim men were killed in a shooting at a mosque in Quebec City.

2020 – a gunman driving a fake police car shot 13 people and killed another nine in a fire he set in Portapique, Nova Scotia.

IS THERE OPPOSITION TO STRICTER GUN CONTROL?

A March 2021 survey by polling firm Leger found that 66% of respondents said there should be stricter gun control in Canada.

Alberta’s chief firearms officer Teri Bryant said the government’s proposed freeze on handgun sales would be an “enormous intrusion” into property rights and private lives and dubbed it a “virtue signaling” the government.

She called for hiring more firearms officers to ensure more prompt and thorough vetting instead.