Netflix is adding a warning card to the “Stranger Things 4” premiere in light of the shooting on Tuesday at Robb Elementary School in Uvalde, Texas, which left 21 people dead — including 19 children and two teachers.

The warning card, which will show up for viewers in the U.S. when the episode’s launch on Friday, reads: “We filmed this season of ‘Stranger Things’ a year ago. But given the recent tragic shooting at a school in Texas, viewers may find the opening scene of episode 1 distressing. We are deeply saddened by this unspeakable violence, and our hearts go out to every family mourning a loved one.”

This warning will appear before the prior season recap that auto-plays at the beginning of “Stranger Things 4” Episode 1 for viewers in the U.S. only. Additionally, Netflix has also edited the description for the premiere to include the note, “Warning: Contains graphic violence involving children,” and added “disturbing images” to the show rating advisories. 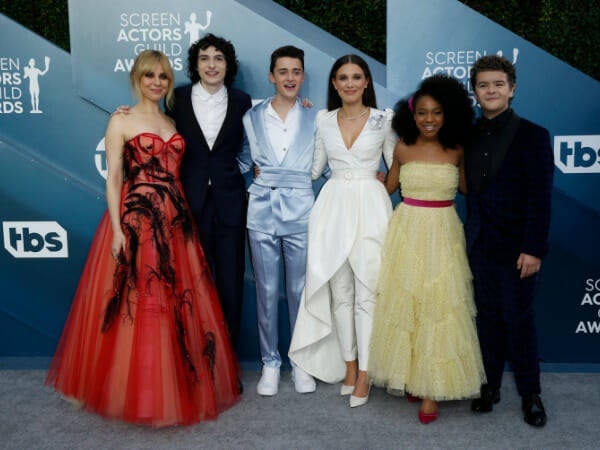 Last Friday, Netflix released the first eight minutes of the “Stranger Things” Season 4 premiere as a sneak-peek video ahead of the official launch of Volume 1 this Friday. This opening scene depicts a massacre that involves Millie Bobby Brown’s psychokinetic and telepathic character Eleven and shows the dead bodies of several children covered in blood.

List of the best new Apple TV movies to watch

Though it had already been publicly revealed ahead of the Uvalde school shooting, Netflix decided to add a warning card to the premiere episode, given the timing of the premiere in relation to the tragedy, and because this particular scene is very graphic.

The steps taken by Netflix ahead of the “Stranger Things 4” premiere are not the first moves Hollywood has made this week following the shooting at Robb Elementary. Others include Lifetime pushing the release of Mckenna Grace’s “The Bad Seed Returns,” CBS pulling the season finale of “FBI,” and plans changed for the red carpet premieres of “Physical” and “The Orville: New Horizons.”

Volume 2 of “Stranger Things 4,” which consists of Episodes 8 and 9, will debut on July 1.