US consumer spending rises strongly as increase in inflation slows

US consumer spending rises strongly as increase in inflation slows

U.S. consumer spending rose more than expected in April as households boosted purchases of goods and services, and the increase in inflation slowed, which could underpin economic growth in the second quarter amid rising fears of a recession.

The economy’s near-term prospects were also brightened by other data from the Commerce Department on Friday showing the goods trade deficit narrowed sharply last month. A record trade deficit caused a contraction in output in the first quarter.

“The economy can always turn on a dime, but at this point in the economic cycle, consumers are still spending their hearts out, keeping the recessionary winds at bay,” said Christopher Rupkey, chief economist at FWDBONDS in New York.

Consumer spending, which accounts for more than two-thirds of U.S. economic activity, increased 0.9% last month. Data for March was revised higher to show outlays racing 1.4% instead of 1.1% as previously reported. 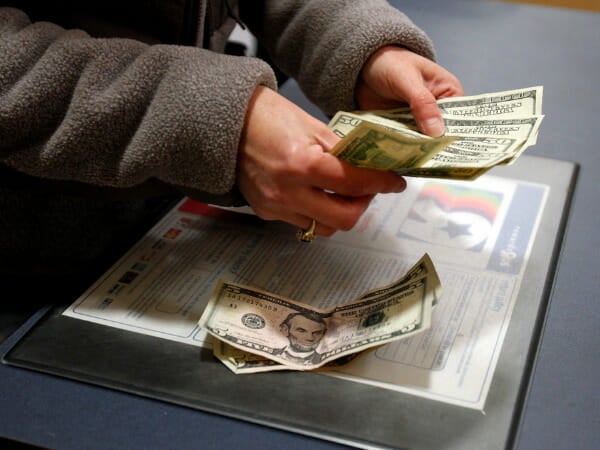 A customer counts her money at the register of a Toys R Us store on the Thanksgiving Day holiday in Manchester, New Hampshire November 22, 2012. REUTERS/Jessica Rinaldi

Consumers bought more new motor vehicles, clothing, recreational goods as well as furnishings and household equipment. Demand for goods remains strong even as spending on services is picking up. Consumers also dined out, traveled, and increased outlays on housing and utilities.

Economists polled by Reuters had forecast consumer spending to gain 0.7%. Spending is being supported by massive savings as well as strong wage gains, with companies scrambling to fill a record 11.5 million job openings as of the end of March.

The Federal Reserve’s hawkish monetary policy stance as it fights to quell high inflation and bring it back to its 2% target has fanned worries of a recession, sparking an equities sell-off and surge in U.S. Treasury yields and the dollar.

Fears of an economic downturn have also been exacerbated by Russia’s dragging war against Ukraine as well as China’s zero COVID-19 policy, which has further entangled supply chains.

The U.S. central bank has raised its policy interest rate by 75 basis points since March. The Fed is expected to hike the overnight rate by half a percentage point at each of its next meetings in June and July.

Growth estimates for the second quarter are mostly above a 2.0 annualized rate. The economy contracted at a 1.5% pace in the January-March quarter, weighed down by a record trade deficit and slower inventory accumulation relative to the fourth quarter’s robust rate.

But trade will probably not be a drag on GDP this quarter. In a second report, the Commerce Department said the goods trade deficit dropped 15.9% to $105.9 billion in April. The narrowing reflected a 5.0% decline in imports. While the drop in imports is good for the top line GDP number, it could be flagging a slowdown in consumer spending and business investment. 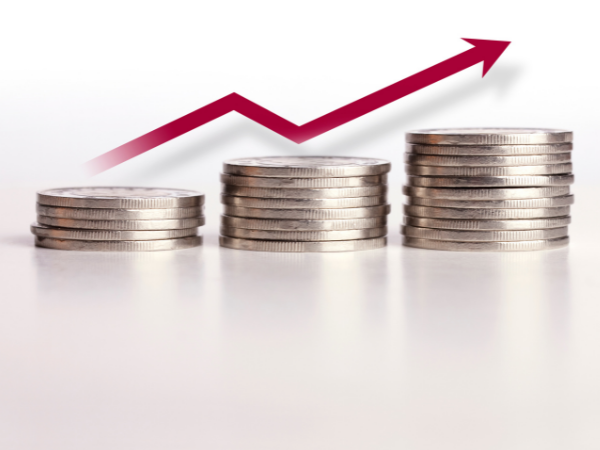 Although inflation continued to increase in April, it was not at the same magnitude as in recent months. The personal consumption expenditures (PCE) price index rose 0.2%, the smallest gain in November 2020, after shooting up 0.9% in March.

In the 12 months through April, the PCE price index advanced 6.3% after jumping 6.6% in March.

The annual PCE price index increase is slowing as last year’s large gains drop out of the calculation.

It was the second straight month that the rate of increase in the annual core PCE price index decelerated. This inflation measure is the most followed by economists and policymakers.

“We need to see the monthly increases cool more meaningfully before the Fed can breathe,” said Jennifer Lee, a senior economist at BMO Capital Markets in Toronto.

LATEST
Did Biden just announce an anti-Marcos rally?
Buckle Up: How investors can keep up with crypto turbulence
How Americans are boycotting companies now
Enduring ‘Fiesta In America’ marks 24th year
Dollar falls back as markets eye ECB hikes, rethink Fed rate bets
What is ‘interactive process’ in worker requests for accommodation?