Following US abortion is the battle over pills, and its already begun

Following US abortion is the battle over pills, and its already begun

The U.S. Supreme Court has not yet released its decision that looks set to dramatically scale back abortion rights, but one of the next legal battles has already begun in a Mississippi court.

That is where the manufacturer of a pill used to carry out medication abortions, Las Vegas-based GenBioPro Inc, has filed a federal lawsuit challenging the conservative state’s restrictions on the pill, used in more than half of all U.S. abortions.

Litigation over medication abortion, approved for use at up to 10 weeks of pregnancy, is likely to take center stage should the Supreme Court gut or overturn the 1973 Roe v. Wade decision that legalized abortion nationwide.

That case, also from Mississippi, concerns the state’s effort to ban abortions after 15 weeks of pregnancy. 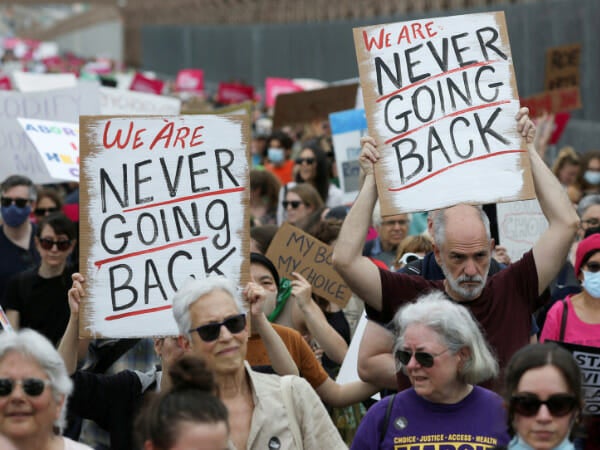 GenBioPro sells mifepristone, one of two drugs used in medication abortion. The company argued in a 2020 lawsuit that Mississippi’s restrictions on the pill conflict with the U.S. Food and Drug Administration’s approval for use in abortions. In legal jargon, GenBioPro says the state law is pre-empted by the FDA’s approval, meaning federal authority trumps any state action.

The more than a dozen states that plan to almost totally ban abortion if Roe is overturned will face difficulties enforcing restrictions on medication abortion because women are still likely to be able to obtain the pills online or in other states.

“In a world without Roe, medication abortion becomes the big challenge for these states that want to regulate abortions out of existence,” said Greer Donley, a professor at the University of Pittsburgh School of Law who is an expert on reproductive rights.

GenBioPro’s lawsuit, which legal experts say is a long shot, takes aim at various Mississippi requirements, including one that says women are required to take the pill in the presence of a doctor. Mississippi is one of 19 states that require women to make an in-person visit to obtain the drug, according to the Guttmacher Institute, a research group that supports the right to an abortion.

The FDA does not require an in-person meeting.

The Mississippi restrictions “upset the balance that the FDA struck between risk mitigation and ensuring access to a safe and effective medication,” the GenBioPro lawsuit said. The company, via its lawyers, declined to comment.

The state asked in a court filing that the lawsuit be thrown out, saying there is “no evidence that Congress ever intended the FDA to have the power to nullify a state’s ability to regulate in the controversial and highly sensitive area of abortion.” 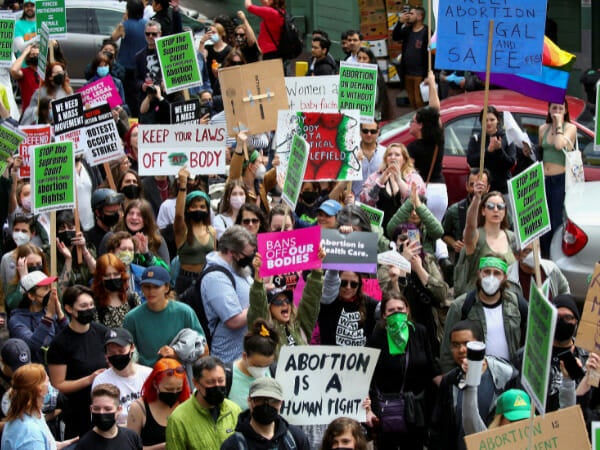 A spokesperson for Mississippi Attorney General Lynn Fitch, who is defending the state restrictions, declined to comment.

The judge has yet to rule.

Mifepristone was approved for use in abortions by the FDA in 2000, long after Roe was decided. The pill, also known as RU 486, blocks the pregnancy-sustaining hormone progesterone while the other drug used, misoprostol, induces uterine contractions.

GenBioPro’s legal theory is a novel one when it comes to FDA-approved drugs. One of the few similar cases concerns an opioid that Massachusetts tried to prohibit. A federal judge in 2014 ruled that federal approval of the drug preempted the state’s effort to ban it. 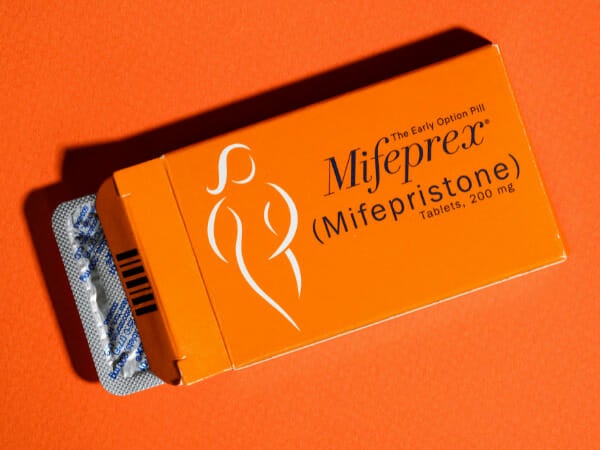 A pack of Mifeprex pills, used to terminate early pregnancies, is displayed in this picture illustration taken May 11, 2022. REUTERS/Caitlin Ochs/Illustration/File Photo

Legal experts say the law is murky because Congress has never said explicitly that FDA approval trumps state law as it has done in the context of medical devices. Therefore it would be left to the courts to decide the question under a theory known as “implied preemption.”

The wide availability of medication for abortion in states that want to restrict or ban the procedure would be a major setback to anti-abortion campaigners who have long sought to ban abortion outright.

Katie Glenn, a lawyer at anti-abortion-rights group Americans United for Life, said her organization wants abortion bans to cover medication abortion but that does not mean that mifepristone, which has been prescribed for other purposes, should be barred altogether.

“It’s not about banning the drug. It’s about stopping abortions,” she said.

Attempts to challenge state restrictions could run aground at the Supreme Court, not only because the 6-3 conservative majority has shown its opposition to abortion rights but also because the justices are often skeptical about federal preemption claims.

“The court has generally moved in an anti-preemption trend and has been skeptical of arguments that a state law generally impedes the interests of the federal government,” said Ilana Eisenstein, a Philadelphia-based lawyer who has argued cases before the justices.

If Roe is overturned, states would also have more leeway to argue they have a separate interest in preventing abortions based on moral objections to abortion.

“I do think there is some basis to think that states can’t ban an FDA-approved drug,” Donley said, “but it gets a lot more complicated in a post-Roe world when a state bans abortion.”

San Mateo Pride Center to host ‘Kamayan and the Identities That Feed Us’
How to Use a Cold Press Juicer
How to Get Rid of Fruit Flies
Everything You Need to Know for Flu Season 2022
High Protein Meals to Help You Build Muscle
5 Natural Sleep Aids for Kids
Moringa, the Tree of Life: Fully Explained
LATEST
Four-member SpaceX crew safely docks with space station
‘Little kids who were still sleeping’ – Thailand mourns victims of mass killing
Missile razes Ukraine apartment block, Putin’s generals face public backlash
The 2024 Honda Prologue Will Be Wider Than The CR-V
Chot Reyes slapped with P50,000 fine after charging at officials’ table