ICC, Duterte and crimes against humanity

ICC, Duterte and crimes against humanity 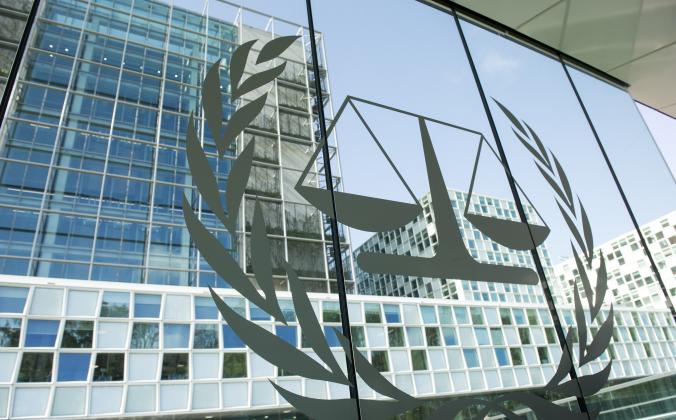 It’s official. The International Criminal Court (ICC) in The Hague has spoken.

In April 2017, Jude Sabio, Filipino lawyer of confessed hitman Edgar Matobato, filed a case at the ICC asking the intergovernmental organization to investigate the culpability of President Rodrigo Duterte in drug-related killings in the Philippines.

In November last year, Venezuela’s chief prosecutor did the same, appearing before the ICC and filing a complaint, based on the 8,290 deaths that took place between 2015 and 2017 at the hands of Venezuelan police and military officers.

The ICC, to which the former Senator Miriam Defensor Santiago was elected as a judge in 2011, is entirely a different global body from the UN International Court of Justice. Both are located in The Hague, a city of some 500,000 in the Netherlands, with quaint Dutch streets, under Vermeer-like skies and home to the royal family and the seat of the Dutch Parliament.

Separately, the two lawyers accused the head of state of their respective countries of “crimes against humanity,” which refer to acts such as murder “committed as part of a widespread or systematic attack directed against any civilian population” (Rome Statute, Article 7.1).

On February 8, 2018, ICC Chief Prosecutor Fatou Bensouda, after “careful, independent and impartial” review of the two cases, has made an official decision to conduct a “preliminary examination.”

“A preliminary examination is not an investigation but a process of examining the information available in order to reach a fully informed determination on whether there is a reasonable basis to proceed with an investigation pursuant to the criteria established by the Rome Statute,” Bensouda said in her official statement (www.icc-cpi.int/).

In a preliminary examination, the Prosecutor will consider three things, namely: jurisdiction; admissibility (complementarity and gravity); and the interests of justice.

Can a head of state be indicted and later be convicted by ICC?

All these presidents or heads of state have been accused before ICC of “crimes against humanity” for killing “perceived enemies of the state” with impunity, believing in the deepest recesses of their hearts that their “perceived enemies” did not belong to civilized humankind at all.

Sitting President Omar al-Bashir was indicted in 2009 of “crimes against humanity” over the situation in Sudan. The first warrant for his arrest was issued by the ICC in 2009 and the second in 2010. The president-suspect today is at large.

Chad’s ex-ruler Hissene Habre, who ruled from 1982 to 1990, was convicted of “crimes against humanity” in 2016 and sentenced to life in prison at a landmark trial in Senegal. It’s the first time an African Union-backed court tried a former ruler for human rights abuses.

Libya’s ex-President Muammar Gaddafi was indicted in 2011 for crimes against humanity but was brutally killed in the same year.

Significance of this particular Philippine case

The “preliminary examination” that began when one courageous Filipino soul filed the case in April 2017 before the ICC is an official declaration that no one, just no one, however powerful, is above the Philippine Constitution and God’s Law.

The Bill of Rights in the 1897 Philippine Constitution says it all: “No person shall be deprived of life, liberty, or property without due process of law… And no person shall be denied the equal protection of the laws.” That’s the legal part.

The moral law is more compelling. The utmost respect for human life is the most fundamental right. What can one do with the human right to work, to vote, to be educated, to peaceful assembly, to reform oneself, etc. when he/she is deprived of the basic right to life?

God commanded: “Thou shalt not kill!” and inscribed it in the hearts of all men and women of goodwill.