US House Speaker Pelosi banned from Catholic communion over abortion

U.S. House Speaker Nancy Pelosi can no longer take communion because she supports abortion rights and also publicly invokes her Catholic faith, the archbishop of San Francisco said in a letter released on Friday.

Archbishop Salvatore Cordileone said in an open letter addressed to Pelosi and in another directed toward the faithful that “Pelosi’s position on abortion has become only more extreme over the years, especially in the last few months.”

Pelosi’s office did not immediately respond to a request for comment. 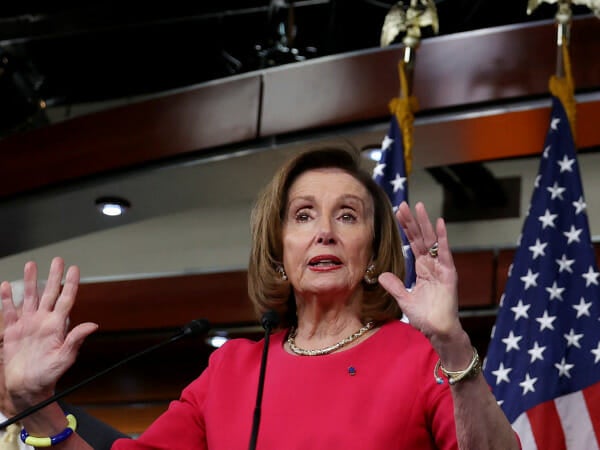 U.S. House Speaker Nancy Pelosi (D-CA) discusses a bill to provide $28 million in emergency funds to the Food and Drug Administration (FDA) to help it respond to a nationwide shortage of infant formula and strengthen supervision of the industry, during a news conference at the U.S., Capitol in Washington, U.S., May 17, 2022. REUTERS/Julia Nikhinson

The archbishop’s decision comes after the leak earlier this month of a draft Supreme Court opinion indicating the top court would strike down the 1973 Roe v. Wade decision that legalized abortion nationwide.

Cordileone said Pelosi had not responded to his requests to meet in the months since she pledged to codify abortion protections in federal law after lawmakers in conservative states passed near total-bans on abortions at the state level.

The archbishop said he sent Pelosi a private letter in April, warning that he would bar her from communion unless she publicly repudiated her support for abortion rights or stopped referring to her Catholic faith in public.

Cordileone highlighted comments Pelosi made to the Seattle Times editorial board this month, citing her Catholic faith and support for abortion rights, then said: “They say to me, ‘Nancy Pelosi thinks she knows more about having babies than the Pope.’ Yes, I do. Are you stupid?”

In his letter to the faithful, Cordileone wrote that “my action here is purely pastoral, not political.”

“Speaker Pelosi remains our sister in Christ,” the archbishop wrote. “Her advocacy for the care of the poor and vulnerable elicits my admiration.”