The 18-year-old white man accused of killing 10 people in a live-streamed shooting in a Black neighborhood of Buffalo, New York, briefly appeared in court on Thursday in a case that has spurred a national debate over the intersection of guns, hate, and the internet.

The hearing before Buffalo City Court Judge Craig Hannah was adjourned within a few minutes after prosecutors said in court that a grand jury investigating the case had voted to indict the suspect, Payton Gendron. He was ordered to remain in custody without bail.

“As indicated by prosecutors in court this morning, the grand jury has voted to indict the defendant,” Erie County District Attorney John Flynn confirmed in a statement shortly after the hearing, adding that “the grand jury investigation has not been completed.” 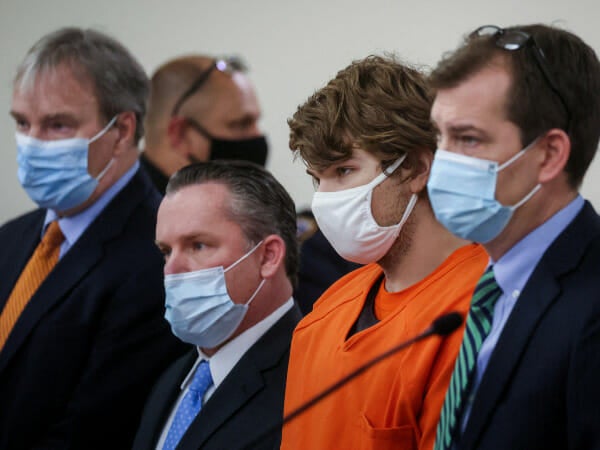 However, no indictment in the case appeared to have been filed in court as of Thursday, raising questions about the status of the grand jury probe.

A spokesperson for the district attorney’s office acknowledged to Reuters by telephone that the grand jury, though having voted to indict Gendron on unspecified charges, had yet to actually return an indictment, and that none had been registered in court.

An indictment encompasses a grand jury finding that prosecutors have presented sufficient evidence to bring a defendant to trial.

The judge set the next court hearing for June 9.

According to Flynn, Gendron remains charged with a single count of first-degree murder in a criminal complaint presented during an arraignment hours after the shooting of 13 people – 11 of them Black – at a Tops Friendly Markets store on Saturday afternoon. Ten of the victims died. Gendron faces life in prison without parole if convicted on the murder charge.

Flynn said in his statement he would have no further comment on the case until the grand jury was done.

Gendron is accused of opening fire in the parking lot of the store and inside with a semi-automatic, assault-style rifle before surrendering to police officers who confronted him in the supermarket.

He was escorted into the courtroom on Thursday wearing orange jail garb and a white medical mask over his face. His hands were shackled and his head slightly bowed.

With relatives of some of the victims watching, someone in the courtroom gallery shouted, “Hey, you’re a coward!”

The rampage, which authorities said the gunman had carefully planned with an eye toward killing as many Black people as he could, has touched a nerve in a country that has grown accustomed to mass shootings. 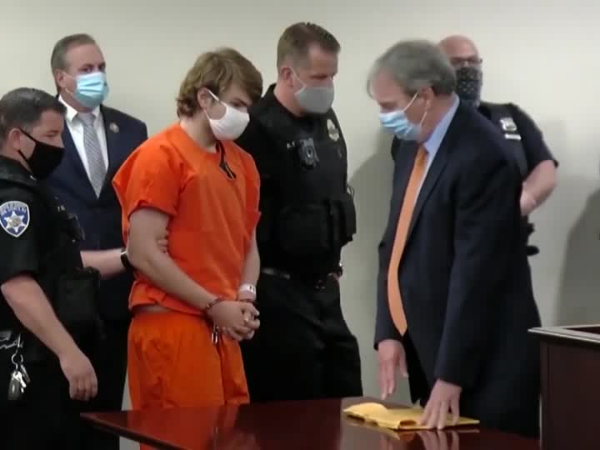 An 18-year-old white man accused of killing 10 people in a livestreamed racist shooting at a supermarket in a Black neighborhood in Buffalo, New York, briefly appeared in court on Thursday, and the judge set a date next month for his next hearing.

Authorities said the gunman broadcasted a video of the attack to a social media platform in real-time after posting white supremacist material online showing he had drawn inspiration from previous racially motivated mass killings.

The circumstances of the Buffalo attack have revived a national debate about guns, domestic terrorism, hate, and the internet’s role in spreading it.

In the days since Saturday’s shooting, more details have emerged about what happened inside the store, located in an area of Buffalo where most of the residents are Black.

The FBI has said the shooting is under investigation as a hate crime and an act of “racially motivated violent extremism.” Authorities have pointed to a white supremacist diatribe he is suspected of posting online before the shooting.

Gendron is accused of webcasting a video of the attack he was committing on Twitch, a live video platform owned by Amazon.com Inc.

While Twitch said it took down the video within two minutes, screenshots from the broadcast circulated on social media throughout the day. Footage of the live stream could still be found on the internet as recently as Wednesday morning.

Twitch said on Thursday it was cooperating with the investigation.

(This story corrects the typo in the words “in court” in the first paragraph.)