North Carolina Republicans on Tuesday voted to end controversial freshman congressman Madison Cawthorn’s time in office on Tuesday, after a string of self-inflicted controversies turned major figures in their party against him.

A last-minute plea by former President Donald Trump to give the first-term congressman “a second chance” was not enough to hold off a challenge by state Senator Chuck Edwards, 61.

Edwards won 33.4% of the vote to Cawthorn’s 31.9%, according to Edison Research. Cawthorn congratulated Edwards on Twitter and urged the party to unite behind him. His spokesman Luke Ball said Cawthorn had called Edwards to concede defeat. 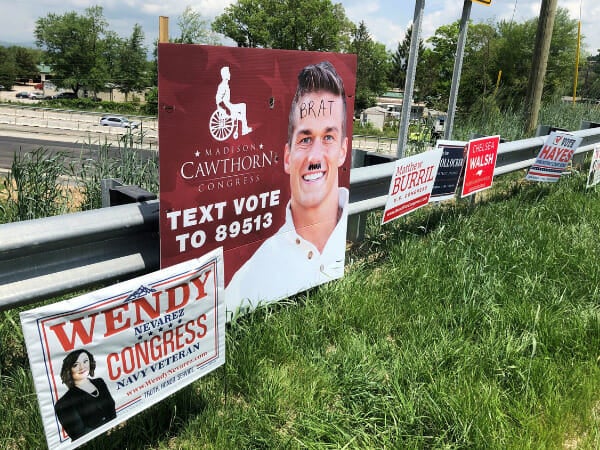 His antics motivated a Republican super PAC in the state to rally around Edwards, who eked out a win on Tuesday with enough of the vote to avoid a runoff.

“I just see a lack of judgment,” said Republican U.S. Senator Thom Tillis of North Carolina, who said Cawthorn had not demonstrated a serious interest in serving as a legislator even when the state was hit by flooding.

“It just makes me wonder how focused he is on serving the people of his district, versus focused on increasing his political stature. I have no patience for anybody who’s got a focus on the latter,” Tillis said.

“On any given day he’s an embarrassment,” retiring Republican U.S. Senator Richard Burr of North Carolina said ahead of the primary.

Cawthorn was seen as a rising star of the Republican Party after the political newcomer defeated a Trump-endorsed candidate in 2020.

This time, Cawthorn had Trump’s endorsement and the former president pleaded on his behalf on the day before Tuesday’s primary.

“When Madison was first elected to Congress, he did a great job. Recently, he made some foolish mistakes, which I don’t believe he’ll make again … let’s give Madison a second chance,” the former president said in a post on the Truth Social media platform.

Cawthorn saw his lead in opinion polls collapse over the past two months, amid a barrage of attacks from two super PACs with backing from Republicans and Democrats.

In the closing days of the primary race, Results for NC Inc, which has supported Tillis, ran a 30-second ad accusing Cawthorn of being a reckless playboy out to slash spending on Social Security and Medicare.

Edwards, a local businessman who is touting an “America First” agenda, will now be the likely winner of the heavily leaning Republican district in the Nov. 8 election as the seat, based in the mountainous western part of the state, is considered safely Republican.