America is now at its worst stage of baby formula shortage in decades. Stocks are running low in almost all the states. While it first stirs curiosity in the consumers, it has become a full-blown national issue that needs to be addressed.

Nearly more than half of infant formula is sold out in-store in most the states like Tennessee and Texas. It accounts for 40 percent of baby formula shortages nationwide. It is a twenty times increase since half of last year for the record.

Giant retailers like CVS, Target, and Walgreens have decided to limit consumers’ purchases as parents started to hoard and stockpile baby milk.

According to experts, this is the worst formula shortage in decades. While parents with little tots are the most affected, the US health system’s failures are evident. People who are socioeconomically underprivileged and those with complicated medical conditions are also greatly affected.

While products are usually recalled now and then, baby formula recall is not something new. Just recently, two infants died from a rare infection. The US Food and Drug Administration investigated Abbott, a major supplier, and producer of baby formula. 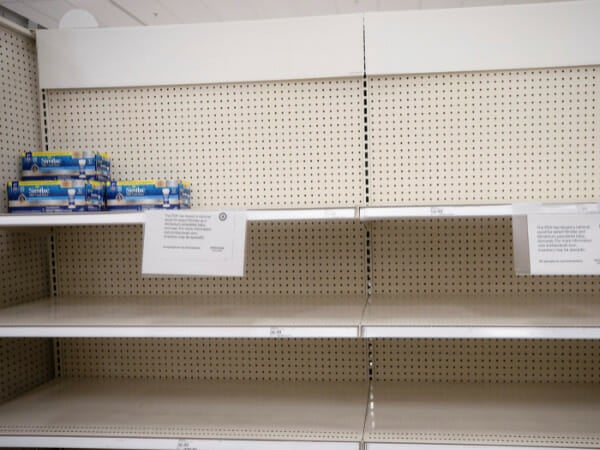 Upon investigation, FDA discovered evidence of the pathogen Cronobacter sakazakii present in the formula in their Michigan plant. Due to this, FDA has no choice but to recall several formulas. They also advised parents to avoid buying the brands connected to the plant.

What made it worse was when Abbott voluntarily closed the factory in February. As of now, the milk producer still isn’t operating its affected plant. According to a Politico report, it’s unclear why the FDA and Abbott haven’t reached an agreement even if the baby formula shortage is getting worse.

The second culprit is the lingering effects of the Covid-19 virus. The pandemic has shattered all kinds of supply chains. Consulting firm Demographic Intelligence director of research Lyman Stone spoke in a statement. “During the spring of 2020, formula sales rocketed upwards as people stockpiled formula just like the stockpiled toilet paper.”

Correction – @JoeBiden WILL hold a @whitehouse event on the baby formula shortage. There will be NO COVERAGE of the event. Press corps will get a read out in a press call after the event.

She added, “As families worked through their stockpiles, sales fell a lot. This oscillation made planning for production extremely difficult. It was complicated to get an idea of the actual market size.”

Moreover, Stone’s studies also show an increase in childbirths this early 2022. The dramatic drop in new breastfeeding mothers also adds to the number of consumers who need formula milk for sustenance.

Lastly, the third factor is America’s tight trade and regulatory policies. While this doesn’t sound as alarming as bacteria and viruses, it significantly contributes to the current crisis. 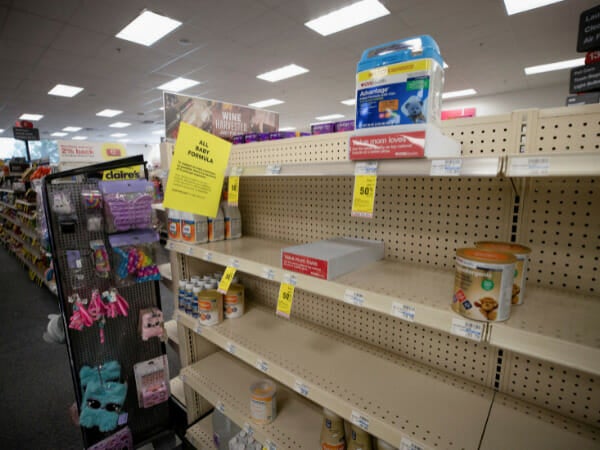 The FDA’s requirements for the regulation of formulas are so strict. Which makes most formula supply from Europe almost illegal to buy. It is because of the technicalities like the requirements in labeling.

Moreover, the FDA had overlooked the quality of European baby formula. In a study, many European formulas can pass the FDA nutritional guidelines. It can even surpass the ingredients American formulas are using. Consider the fact that the European Union has banned some sugars. European formulas don’t use corn syrup with a requirement to have higher lactose content.

In short, the US policy bans the importation of formulas that doesn’t meet their particular requirements. In addition, under former President Trump’s regime, the US dealt with a new North American trade agreement. This encompasses discouraging formula imports from one of America’s biggest trading partners, Canada.

Although some parents buy European formulas via third-party sellers, US customs were strict enough to capture shipments as such at the borders.

While the Biden Administration is working their best to come up with a solution to this crisis, they are looking into domestic manufacturing of formulas to meet consumers’ needs.

Director of general economics and trade for Cato Institute Scott Lincicome said, “The US is a captive market for domestic dairy producers like Abbott. During times of crisis, the lack of alternative supplies becomes a pretty big problem.”

It’s sad to say that this formula shortage is an example of the failures of the US health and economic system. The wealthiest country in the world is now having difficulties providing for its people’s basic needs.