The U.S. Supreme Court looks set to vote to overturn the Roe v. Wade decision that legalized abortion nationwide, according to a leaked initial draft majority opinion published by Politico on Monday.

The unprecedented leak from the conservative-majority Supreme Court sent shock waves through the United States, not least because the court prides itself on keeping its internal deliberations secret and leaks are extremely uncommon.

Reuters was not able to confirm the authenticity of the draft. The Supreme Court and the White House declined to comment.

“Roe was egregiously wrong from the start,” conservative Justice Samuel Alito wrote in the draft opinion which is dated Feb. 10, according to Politico, which posted a copy online. 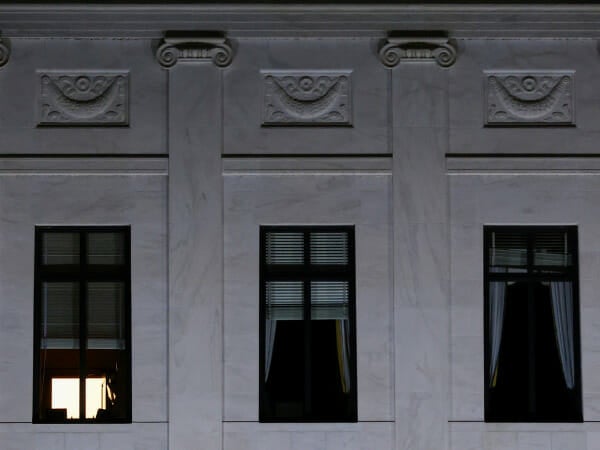 A single light burns inside the U.S. Supreme Court offices late at night after the leak of a draft majority opinion written by Justice Samuel Alito preparing for a majority of the court to overturn the landmark Roe v. Wade abortion rights decision later this year, in Washington, U.S., May 2, 2022. REUTERS/Jonathan Ernst

Based on Alito’s opinion, the court would find that the Roe v. Wade decision that allowed abortions performed before a fetus would be viable outside the womb – between 24 and 28 weeks of pregnancy – was wrongly decided because the U.S. Constitution makes no specific mention of abortion rights.

“Abortion presents a profound moral question. The Constitution does not prohibit the citizens of each state from regulating or prohibiting abortion,” Alito said, according to the leaked document.

The news broke a little more than six months before the mid-term elections that will determine if Democrats hold their razor-thin majorities in the U.S. Congress for the next two years of President Joe Biden’s term in office.

Abortion is one of the most divisive issues in U.S. politics and has been for nearly a half-century.

“This decision is a direct assault on the dignity, rights, & lives of women, not to mention decades of settled law,” said former U.S. Secretary of State Hilary Clinton. 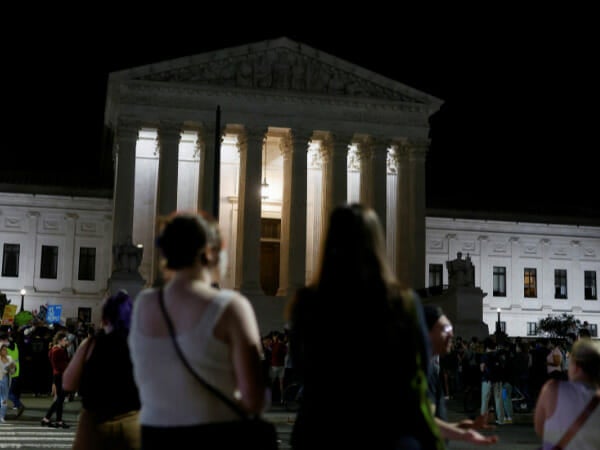 Protestors react outside the U.S. Supreme Court to the leak of a draft majority opinion written by Justice Samuel Alito preparing for a majority of the court to overturn the landmark Roe v. Wade abortion rights decision later this year, in Washington, U.S., May 2, 2022. REUTERS/Jonathan Ernst

“It will kill and subjugate women even as a vast majority of Americans think abortion should be legal. What an utter disgrace.”

Republican Senator Tom Cotton said: “…Roe was egregiously wrong from the beginning & I pray the Court follows the Constitution & allows the states to once again protect unborn life.”

Four of the other Republican-appointed justices – Clarence Thomas, Neil Gorsuch, Brett Kavanaugh, and Amy Coney Barrett – voted with Alito in the conference held among the justices, the report added.

At times, in between the initial vote and the ruling being released, the vote alignment can change. A ruling is only final when it is published by the court.

In a post on Twitter, Neal Katyal, a lawyer who regularly argues before the court, said if the report was accurate it would be “the first major leak from the Supreme Court ever.” 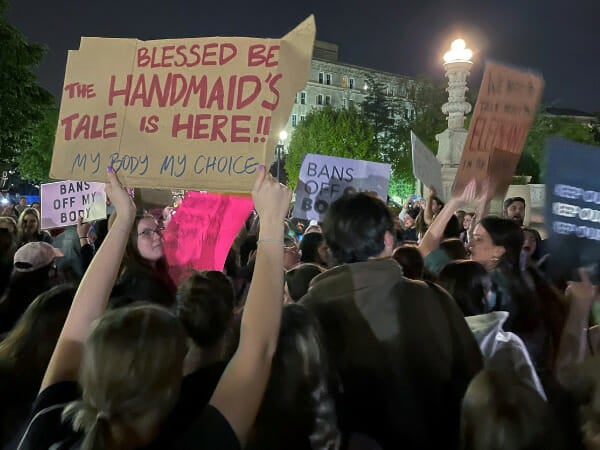 Protestors react outside the U.S. Supreme Court to the leak of a draft majority opinion written by Justice Samuel Alito preparing for a majority of the court to overturn the landmark Roe v. Wade abortion rights decision later this year, in Washington, U.S., May 2, 2022. REUTERS/Moira Warburton

The court, which has a 6-3 conservative majority, heard oral arguments in December on Mississippi’s bid to revive its ban on abortion starting at 15 weeks of pregnancy, a law blocked by lower courts.

It appeared based on December’s oral argument that a majority was inclined to uphold Mississippi’s abortion ban and that there could be five votes to overturn Roe.

The Roe v. Wade decision recognized that the right to personal privacy under the U.S. Constitution protects a woman’s ability to terminate her pregnancy.

Christian conservatives and many Republican officeholders have long sought to overturn it.

If Roe is overturned, abortion is likely to remain legal in liberal states. More than a dozen states currently have laws protecting abortion rights. Numerous Republican-led states have passed various abortion restrictions in defiance of the Roe precedent in recent years.

Republicans could try to enact a nationwide abortion ban, while Democrats could also seek to protect abortion rights at the national level.

Democrats said the draft opinion undermines the importance of this year’s elections, in which they are seeking to maintain control of the House and Senate.

“We need to turn out the vote as we’ve never turned out the vote before,” Democratic Representative Jamie Raskin told MSNBC. “The people need to stand up and defend democratic institutions and the rights of the people because the Supreme Court is certainly not doing anything for us.”

Republican Senator Josh Hawley said, without evidence, that the leak was likely from a liberal inside the court.

“The justices mustn’t give in to this attempt to corrupt the process. Stay strong,” he said in a Twitter post.