Changing a Country’s Course: Answering the ideology of extremism-terrorism

Changing a Country’s Course: Answering the ideology of extremism-terrorism 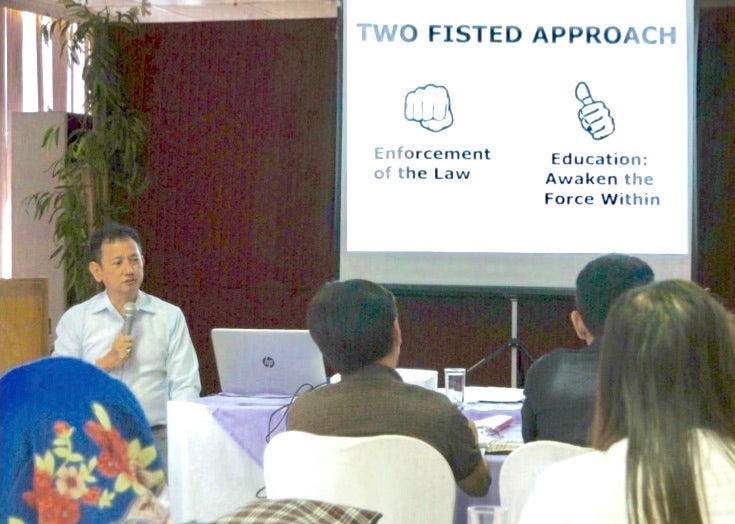 I just came back from an eight-day trip to Marawi City, visiting Ground Zero and meeting with barangay and community leaders of the war-torn city. What struck me first was the profound resilience of the people, evacuees, soldiers and police officers that I personally met and got to know. I was inspired by the real warmth, compassion and humanity of the people who had gone through so much, yet who stand up and maintain a hopeful optimism that a better future can be built, that the wounds from the trauma of war can be healed. Like a phoenix rising from the ashes, Marawi can be rebuilt and Mindanao can serve as a beacon to illuminate a future with sustainable peace and real prosperity. I palpably felt moral right and integrity born from the truth of their experience.

I was personally touched and inspired by two key experiences:

1) Hearing and realizing that there is a clear and strong answer, a sustainable solution in countering and supplanting the terrorist ideology of extremism. 2) Seeing that people, scarred by the pain and loss of war, can actually heal and move forward, not as damaged goods, but as stronger human beings who can build a better community and future.

I worked with faculty leaders and key administrators of nine campuses of the Mindanao State University, MSU, representing Maranaos, Tausugs, and Maguindanaons. We spoke of the Maute patriarch, a proud engineering graduate of MSU. His two sons are the Maute brothers who led the ISIS-supported occupation and destruction of Marawi. The young brothers were also students of MSU in the late ‘80s, before they were radicalized into an ideology of terrorism.

As the first semester university classes opened this week, we were faced with the likelihood that the future “Maute terrorists” could be sitting in their classrooms: young, idealistic and frustrated with the present affairs of society as they’ve experienced them so far. The question is what could these young students possibly learn in their stint at the university? What could turn their youthful idealism and frustrations into a path of strong ethical leadership that will protect the rights of the people and develop a society that can liberate the majority from dire poverty within their lifetime. I emphasize the urgency to accomplish real change right now.

The Golden Rule and religious tolerance

The senior faculty of MSU, with expertise in Sharia law, psychology, economics, and the social sciences, saw that if they could touch the hearts and minds of their students with a practical Ideology of Ethics, a workable solution could be at hand. At the heart of an Ideology of Ethics is the common sense Golden Rule of treating others as you want to be treated. It is bringing to life a common-sense guide that both Millennials and Generation X can apply; a standard of ethical conduct that can be seen from “primitive” tribes, from the great religions as reflected in the Koran, Confucian Analects, the Bible, Buddhism, Hinduism and from the ancient works of Plato and Socrates.

The modern-day key to peace and prosperity lies in tolerance and respect for the religious beliefs of others. The historic intolerance and lives lost between Protestant-Catholic, Christian-Muslim, Buddhist-Hindu conflicts, have shown a heavy price that puts at risk the survival of society.

When each disgruntled youth can see and believe that they have a key role in building a better world, that they can change the course of their country guided by an Ideology of Ethics; then the war against terrorism and extremism is won.

Jorge “Jerry” Perez de Tagle, lives in the US and the Philippines, is an author and change management consultant for the private and public sector. He taught at Syracuse University, New York and has his PhD in Social Change, Honoris Causa, and is a PhD Candidate in Organization Development. He was one of the 10 Outstanding Entrepreneurs in 2009 and is now the National Chairman of The Way to Happiness Philippines Foundation, and is the Vice President for Global Outreach and International Relations with the US Federation of Philippine American Chamber of Commerce.