Benito Antonio Martinez Ocasio, better known by his stage name Bad Bunny, has been cast as the newest Marvel hero in Sony Pictures’ portfolio of the super characters — and will lead the standalone comic book film “El Muerto.”

“To bring El Muerto to life is just incredible .. so exciting,” the chart-topping rapper told the crowd, adding that he grew up a fan of wrestling. 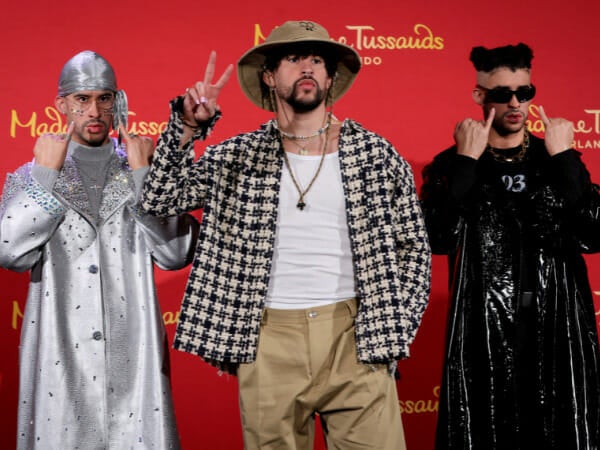 Known as Juan-Carlos Estrada Sanchez in the comics, El Muerto is a wrestler whose powers are handed down by ancestry in the form of a mask (which, according to Marvel’s official site, gives him superhuman strength). In past comic narratives, El Muerto has gotten in the ring with Spider-Man himself. On stage at CinemaCon, Sony brass suggested Ocasio will portray an antihero on the verge of inheriting his father’s power.

Sony’s adaptive Marvel rights have yielded three Spider-Man iterations over 20 years, with the current Tom Holland-led series most recently enjoying a massive hit in “Spider-Man: No Way Home.” Additional franchises include Tom Hardy and Michelle Williams’ “Venom,” Jared Leto’s “Morbius” and the Oscar-winning animated film “Spider-Man: Into the Spider-Verse.” A sequel to the latter was just pushed from a December 2022 release to June 2023.

Upcoming Sony Marvel projects include: the anticipated “Madame Web,” a female-led adventure starring Dakota Johnson, which is due in theaters on July 7, 2023; and the imminent “Kraven the Hunter,” led by “Nocturnal Animals” star Aaron Taylor-Johnson, which hits theaters on January 13, 2023.