Everything You Need to Know About the Tesla Phone I Tech

Everything You Need to Know About the Tesla Phone

It has been theorized that Elon Musk’s electric car company is set to produce a smartphone. With Tesla’s out-of-the-box thinking and innovative style, this is hardly out of the question. The company has popularized concepts within science fiction, and they’re sitting at the forefront of invention and innovation.

Are the rumors about a Tesla phone real? 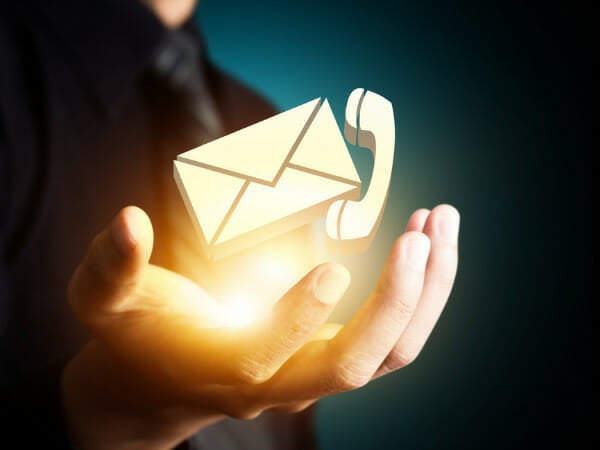 Potentially named the Model Pi, the Tesla phone has become an exciting internet trend, especially for Tesla car owners. Just over the weekend, Tesla’s Texas Gigafactory was unveiled with the Cyber Rodeo event, and Elon Musk made an appearance. However, neither he nor any of the Tesla executives made mention of the Model Pi.

So, the company has yet to admit if they have anything in the works, but it’s worth thinking about: What would a Tesla phone look like? If one of the world’s most innovative, most exciting, and most valuable companies released a phone, what would it look like?

What we do know is that Musk’s company Neuralink is working to connect humans with their computers and smartphones wirelessly. This concept seems to remain within the realms of science fiction. However, Neuralink was set up back in 2016, and they’re working to implant a device in the brain that will enable computer use via thought.

Chances are that the first fully-functioning Neuralink-connected phone would be built by Tesla. While there is no proof that the phone currently exists, it doesn’t seem out of the question for Tesla.

When will the Tesla phone be released? 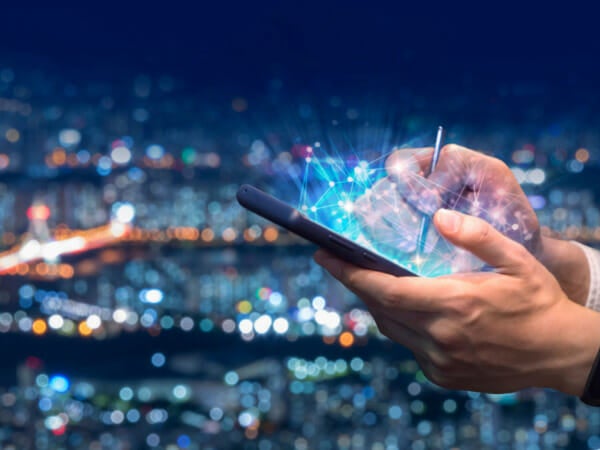 If Tesla’s releases for their vehicles are anything to go by, we might not be seeing the phone just yet. The four Teslas on the market (Model S, Model 3, Model X, Model Y) have been the only vehicles on their lineup for some time. While Tesla has added new innovations, there have been adaptations to the current lineup, like the Model S Plaid’s recent announcement.

The Tesla Semi truck was unveiled back in 2017, and the company promised it would enter the market by 2019. However, the Semi is yet to enter production. It’s a similar story for the Tesla next-gen Roadster, unveiled in 2017. Although it was slated for 2020, it still remains in delayed production.

The famously unveiled Cybertruck was also supposed to enter the market by 2020, but Tesla enthusiasts are still waiting for production to start. Elon Musk has released a serious timeline concerning these pending vehicles, and it looks like they can all be expected by 2023. However, Musk stated that a “massive wave” of new products would be coming next year, and there’s a slight chance that the Tesla mobile phone will be among them.

Tesla has notably released a series of non-car products, including an umbrella, a stainless-steel whistle, and a Cyberquad for kids. It wouldn’t be a surprise if they decide to add a phone to their list of products, but an impending release still seems out of the question.

Why may the Tesla phone not be released just yet? 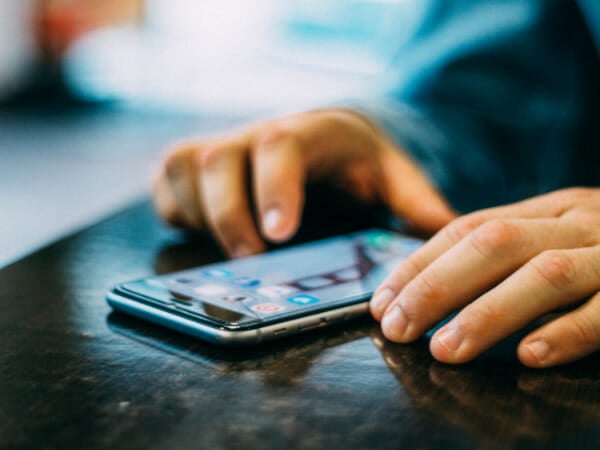 There are quite a few reasons to question the reality of a Tesla Phone, one of them being the source of the rumors in the first place. A YouTube video from 2021 shared the designs of a Tesla cellphone, but the video’s creator made it clear that those designs were not from Tesla. It was essentially fan art, but many circulating rumors have used that video as the key source.

Another reason for Tesla to withhold the phone’s release, even if it is in the works, is that it simply wouldn’t be ready yet. Many of Elon Musk’s ideas with Neuralink include connectivity between the phone (or a device) and the human brain. While the phone doesn’t necessarily need to have Neuralink support to be in the works, it seems too early for Tesla to discuss the phone’s release.

Another worthy note is the potential for Neuralink to phase out the current concept of the smartphone completely. Elon Musk himself has stated that phones are yesterday’s technology while calling Neuralink the future. However, before Neuralink can fully phase phones out, it might need an adaptation to a phone first. But if Neuralink has a direct pathway to phasing out phones, then the Tesla mobile phone may never even come to fruition.

How much will the phone cost?

Based on all its potentially numerous features, the Tesla phone would certainly be state-of-the-art. Tesla might contemplate using their original entry into the automaker market as a route for the phone market as well. Rather than starting with a mass-produced, affordable car.

Tesla went in the other direction, producing a $100,000 high-level luxury car. Today, their cheapest vehicle has great performance for just $35,000.

The phone’s features won’t be cheap, which means that Tesla can look at reducing the price in the future. But for starters, a potential Tesla cellphone would be pricey: Perhaps in the $5,000 range. Over time, the price could come down and eventually sit in the range of Apple’s iPhones: $800 to $1500.

What will be the phone’s features? 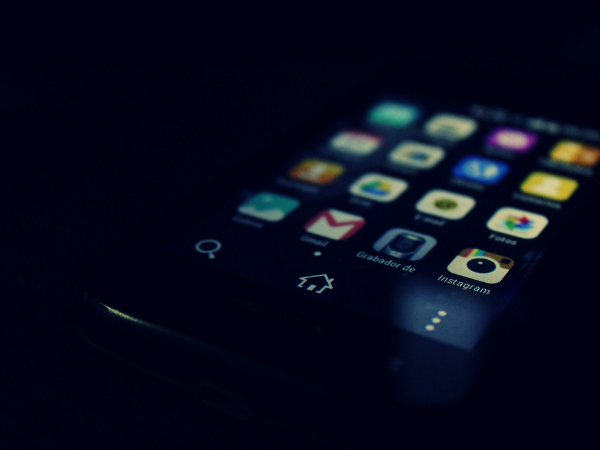 Tesla is already very popular for having high-end features in all its products. Whether it’s a futuristic-looking Cyberquad or the 17-inch widescreen in its Model S Plaid, Tesla is popular for releasing remarkable features. If the company takes the rumored phone as seriously as it does its cars, the Tesla mobile will have numerous never-seen-before features.

Tesla’s Cybertruck stunned the automotive industry thanks to its rock-hard exoskeleton. Rumors about the phone using that similar rock-hard frame won’t be too surprising, and it would likely have a nearly impenetrable glass screen as well.

The Model Pi already has concept designs that have been created and shared by many. These designs showcase a sleek phone with iPhone-Esque cameras at the back. It also comes in black and gray, perhaps following the colors of the Tesla cars.

We can mostly run with assumptions, especially due to the fact that Tesla hasn’t revealed the phone yet. However, these assumptions have to be somewhat realistic, and expecting over-the-top features on the Model Pi will undoubtedly require some serious specs.

Neuralink won’t be a small app, and it would probably rival most of the big games on the market in terms of size. And that’s just one of the apps to expect on the Tesla cellphone. So, these are what the standard components and specs could be:

Elon Musk is the CEO of Tesla, as well as SpaceX, which is currently building the project Starlink. Starlink is an innovative project that looks set to bring about worldwide internet connectivity with the use of satellites. The Starlink project already has satellites in space that are working on offering internet access coverage to as many as 29 countries.

Any phone from Tesla would likely come with a direct connection to Starlink’s innovative satellites. The possibility of unlimited internet connection irrespective of location would be a massive selling point for the Model Pi. 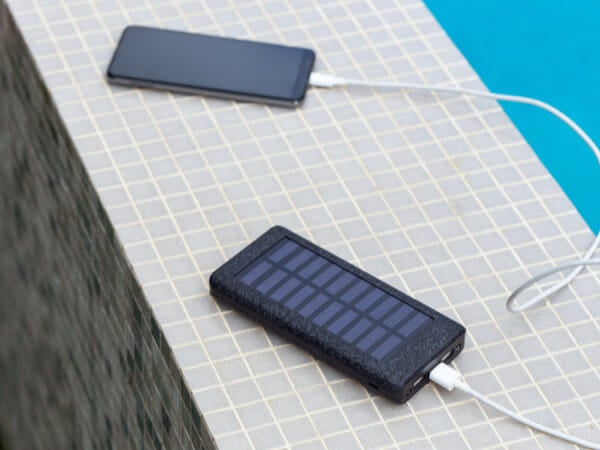 Would solar charging for phones become the standard? Perhaps. And the company with the innovation to make that happen is Tesla. Sure, they’re still working to make the electric car more mainstream, but they have certainly made massive strides in the automotive industry.

The phone might have the usual charging port and certainly include wireless charging, as well as fast charging. Solar charging could be an alternative, albeit slower, method of charging when there’s no access to other faster options.

The current Tesla app on Android and iPhone already allows users to check the charging progress of their cars, lock and unlock their cars, and even summon their cars. The Tesla cellphone would have likely had the app inbuilt.

Whether Tesla could add extra features to the app on the Model Pi is uncertain. So far, the app allows Android and Apple users to control everything in their cars, including temperature and location. It also allows users to monitor their Tesla Powerwall. There may be a few unique features for easier access via the Tesla phone, but apart from that, other unique options are unlikely.

Today’s phones have high-end cameras which are capable of capturing the night sky in great detail. That’s thanks to the powerful cameras, as well as artificial intelligence. The Tesla phone, however, might have an added advantage: its connection to Starlink.

SpaceX already puts a lot of focus on the extraterrestrial due to the company’s long-term Mars mission. These functionalities will inevitably become immersed into Tesla’s phone, which would then offer even better photos of space.

Mining for Crypto on the Tesla phone

Elon Musk’s love for cryptocurrency is openly stated, and his excitement about Dogecoin is well-documented. So is his dislike for Bitcoin. It wouldn’t be too unreasonable to imagine the Tesla phone that includes the capacity to mine for cryptocurrency, at least Dogecoin.

The phone would likely have heavy-duty specs, which should give little trouble mining Musk’s favorite crypto coin. Apart from Doge, Musk has talked with some certainty about a potential MarsCoin. It would be a brilliant feature for the rumored phone if it could mine crypto like MarsCoin.

We’ve already discussed Neuralink in this article because it promises to redefine how humans connect and relate with their computers and devices. Much of it is still in science fiction mode, but if the last fifty years of technological progress have taught us anything, it is the capacity for science fiction to become a reality.

Controlling your phone with your mind still sounds unreal, but Neuralink (and other companies) are working hard at making it real. The Tesla phone could potentially be the first to implement Neuralink on a mass scale, which only makes it worth the wait.

Can I preorder my Tesla phone? 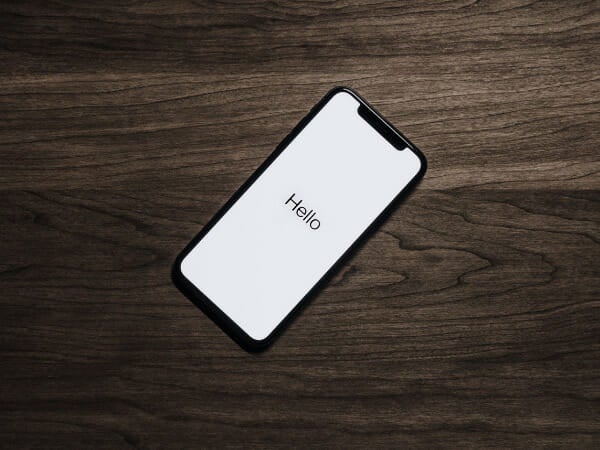 Even if the Tesla phone is a work in secrecy, it will likely be some time before they launch the device. Until its official announcement, as well as the announcement of a release date, there won’t be any information on pre ordering the Tesla phone.

The Tesla phone is still a rumor, and Tesla has kept mum about any such developments. Such a device would likely have high-end specs to allow connectivity to Elon Musk’s other companies, including Neuralink.

The sources for the Model Pi are merely rumors, as well as concept designs. Add the fact that Tesla has a penchant for releasing unexpected products like Cyberquad for kids. Who knows what the future holds for the Tesla phone?