US South prepares for more storms with Georgia under tornado threat

US South prepares for more storms with Georgia under tornado threat

The threat of tornadoes and other extreme weather again loomed over the U.S. Southeast on Wednesday, a day after a swarm of twisters destroyed structures, uprooted trees and killed at least one person.

Some 25 million people in Alabama, Tennessee, Georgia and Florida are facing the threat of strong thunderstorms, with the potential to bring golf ball-sized hail and wind gusts of 60 miles (96 km) per hour, the National Weather Service said.

Seventy counties in central Georgia were also placed under a tornado watch, according to the weather service. The warning, which officials say means weather conditions are favorable for a twister, is in effect until 10 p.m. local time. 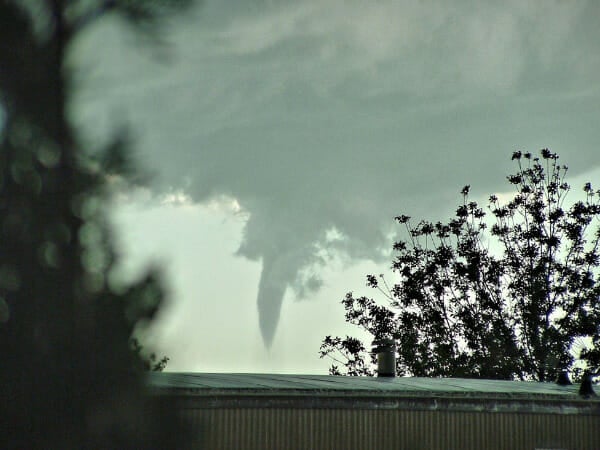 Two tornado warnings have been issued in the far southwest part of Georgia as storms continued to strengthen, said Bill Bunting, chief of forecast operations at the weather service.

“It’s a serious situation and one that folks need to take serious,” he said.

While it is normal to see tornado threats in the South in the spring, the number of twisters recorded during March was particularly high, possibly breaking the record for the month, which was 192, set in 2017, he said. The NWS has yet to complete the final tally. In April, the threat of tornadoes tends to be even greater.

On Tuesday, one woman was killed in Pembroke, Georgia, when a suspected tornado struck the Bryan County courthouse and damaged other buildings in the area, WXIA-TV reported.

At the Masters golf tournament in Augusta, a second practice day was suspended after a storm swept across the famed Augusta National golf course.

Tornadoes also left a trail of damage and injuries in Alabama, South Carolina and Texas, where one person died in Johnson County, according to ABC News.