Republicans Lisa Murkowski and Mitt Romney joined Susan Collins in saying they would vote to confirm Jackson, 51, to a lifetime seat on the court later this week. They also supported a procedural 53-47 vote to bring her nomination to the Senate floor after the Senate Judiciary Committee deadlocked 11-11 along party lines on whether to advance the nomination.

Murkowski and Romney, who do not serve on the Judiciary Committee, announced their backing of Jackson as the Senate began voting to “discharge” the nomination from the panel, propelling it to the full Senate.

Their endorsement came after Collins last week became the first Republican senator to announce her support for Jackson. 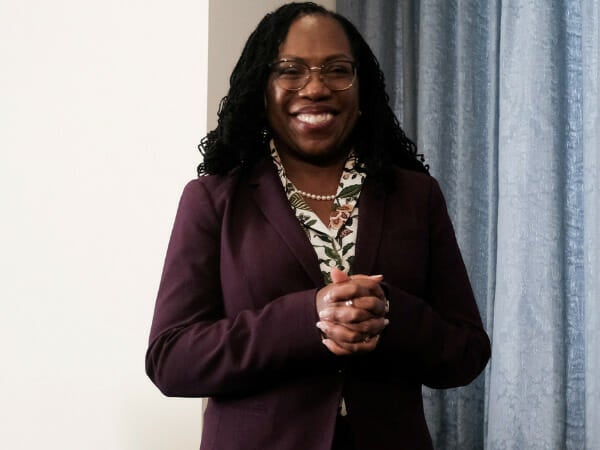 Jackson is expected to win the backing of all 48 Democrats and two independents, giving her a majority of support in the 100-member chamber.

Her confirmation would not change the court’s current 6-3 conservative majority, as she would fill the seat of liberal Justice Stephen Breyer, who is retiring.

“After multiple in-depth conversations with Judge Jackson and deliberative review of her record and recent hearings, I will support her historic nomination to be an Associate Justice on the U.S. Supreme Court,” Murkowski said in a statement.

The three Republicans voiced concern over the increasing partisanship of the Supreme Court confirmation process.

“While I do not expect to agree with every decision she may make on the Court, I believe that she more than meets the standard of excellence and integrity,” Romney said.

Earlier, top Senate Democrat Chuck Schumer said he will “set in motion” the process that will lead to a final Senate vote later this week to confirm Jackson, a federal appellate court judge, to the lifetime post. 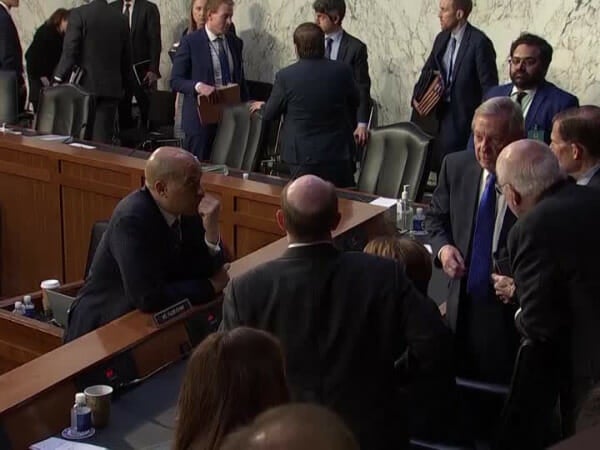 The Senate Judiciary Committee on Monday voted 11-11 along party lines on U.S. President Joe Biden’s Supreme Court nominee Ketanji Brown Jackson, with the full Senate still expected to confirm her later in the week as the first Black woman to serve on the top U.S. judicial body. This report produced by Jonah Green.

Democratic Senator Dick Durbin, the Judiciary Committee’s chairman, noted on Monday that the panel had voted to confirm Jackson to three previous posts, and he lamented what he called baseless attacks by some Republicans.

“They repeatedly interrupted and badgered Judge Jackson and accused her of vile things in front of her parents, her husband and her children. There was table-pounding – some literal – from a few of my colleagues. They repeated discredited claims about Judge Jackson’s character,” Durbin said.

Several Republican senators accused her of being lenient on child pornography offenders during her time as a federal trial court judge. Jackson defended her record, saying she did her “duty to hold the defendants accountable.” Sentencing experts called the penalties she imposed within the mainstream among federal judges, while American Bar Association witnesses rejected claims that Jackson was “soft on crime.”

During her confirmation hearings, Jackson pledged independence if confirmed and embraced a limited role for jurists. She also reflected on opportunities she has had that her parents, who grew up in an era of racial segregation in the South, did not.

Senator Lindsay Graham, the committee’s sole Republican to vote to confirm Jackson last June for a seat on the U.S. Court of Appeals for the District of Columbia Circuit, helped seal the committee’s deadlock by deciding to vote no this time.

A final confirmation vote on Jackson was expected for Thursday or Friday.