MacArthur’s long link to the Philippines

MacArthur’s long link to the Philippines 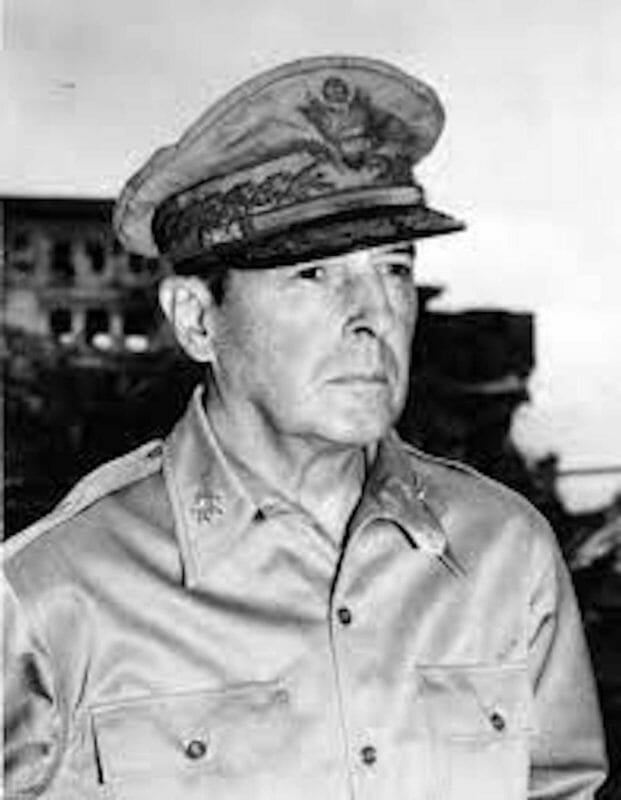 Since Gen. Douglas MacArthur got the credit for the victory during his return, he should also receive the responsibility for the defeat in 1942. NAT’L ARCHIVES

March 2022 marks the 80th Anniversary of General Douglas MacArthur’s escape from Corregidor Island. President Franklin D. Roosevelt of the United States had ordered him to leave the Philippines on February 22, 1942, but the general was hesitant to leave his men on Bataan and Corregidor.

On March 11, 1942, MacArthur with his wife, Jean, and son, Arthur, boarded a small PT boat and proceeded to Mindanao in the southern Philippines. Once in Mindanao, they caught a B-17 Flying Fortress airplane and headed to Australia. When General MacArthur landed in Australia, he made his famous promise to the Filipinos: “I shall return.”

Most Filipinos and Americans think that Gen. MacArthur’s involvement in the Philippines was only during World War II. In fact, his connection to the Philippines spanned longer than 40 years. By the time the Japanese attacked the islands on December 8,1941, the general had worked and lived in the Philippines for over 12 years.

Douglas graduated number one in the Class of 1903 at the U.S. Military Academy at West Point.  His first military orders were to the Philippines. Second Lieutenant MacArthur was an engineering officer based in the Visayan Islands. He completed many different projects on the islands of Panay, Samar, Cebu, and Leyte. He continued to receive advise and opinions on the Philippines from his famous father.

Douglas MacArthur’s second assignment to the Philippines did not transpire until 18 years later in 1922. He was now a Brigadier General and was placed in charge of the Military District of Manila. His office was located at 1 Calle Victoria in Intramuros. He developed many friendships with prominent Filipinos like Manual Quezon and Sergio Osmena. Prior to his departure in 1925, MacArthur was promoted to Major General

Only three years later in 1928, Douglas was promoted to the Commander of the Philippine Department. He was now in charge of the entire American and Filipino troops in the islands. With the onset of the Great Depression, the budget for the U.S. military was scaled back which infuriated the general. He was able to upgrade the pay and retirement benefits for the Philippine Scouts. After two years in the Philippines, he was promoted in 1930 to the Chief of Staff of the U.S. Army. He had reached his goal at a relatively young age of being the top officer in the U.S. Army.

After five years as Chief of Staff, MacArthur’s time was up. He was too young to retire. However, what was an acceptable position in the army for the former top officer?  The newly created Philippine Commonwealth solved the problem.

A ten-year transition period from commonwealth status to independence in 1946 was established. During the ten years, the United States provided a Military Advisor to the Philippine Commonwealth. The position was perfect for MacArthur.

The goal of the Military Advisor was to create a Philippine military that could withstand an invasion from a foreign power. If the cost of an invasion was so high, then the deterrent worked.

As the Imperial Japanese military continued to violently expand its control in Southeast Asia in 1941, MacArthur was recalled to active duty by President Roosevelt. He was recalled on July 26, 1941, with the rank of Major General. The next day, he was promoted to Lieutenant General and placed in charge of U.S. Army Forces in the Far East (USAFFE).

Within 30 months after his escape from the Philippines in March 1942, MacArthur kept his promise and returned to the Philippines. His forces landed at Leyte during October 1944. By July 5, 1945, most of the Japanese resistance in the Philippines was over, after much death and destruction especially in Manila. General of the Army (five star general) MacArthur received exalted credit for the victory and was crowned an American hero.

Since the general got the credit for the victory during his return, he should also receive the responsibility for the defeat in 1942.

After he promptly received the news of the attack on Pearl Harbor, he failed to act urgently. He did not order the B-17 to bomb Japanese airfields in Formosa. When the combined Filipino and American forces could not stop the Japanese invasion at the beaches, the general should have ordered the transfer of massive amounts of food, medicine, and other supplies to Bataan. The one thing that the general had to give to “The Battling Bastards of Bataan” was his time and support, but he only visited the troops on Bataan once.