EJKs: Forty Days for my cousin 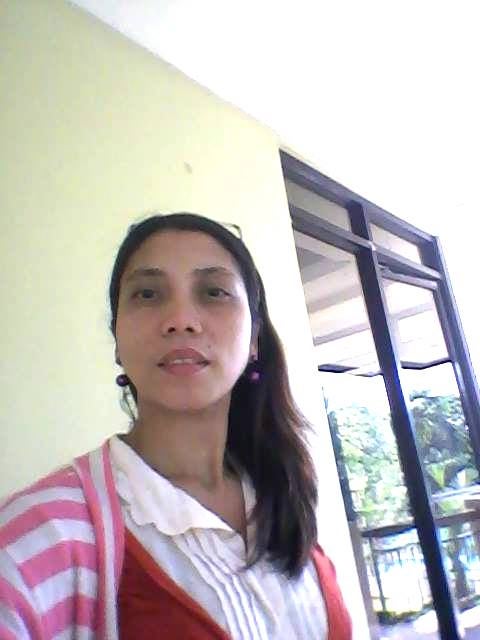 Vangie Pilon, the author’s cousin, was gunned down with her boyfriend in their home in Muntinlupa last December. CONTRIBUTED

At forty days, the soul is said to leave the Earth, hoping to find its way guided by the Eternal Light. If a person dies a violent death, she will linger longer because she will shun the light until such time she accepts her fate.

I could hear my grandmother’s voice telling us this every time a relative passed away.

Our family had buried relatives dying from all sorts of causes — murder, sickness and old-age. Last year, a state-sponsored killing or a drug-related one, onsehan, whichever, we believe took one.

And that belief has led to further division in an already divided family, in a divided country.

On December 23, while we were busy preparing for Christmas, I received a call from our cousin in Manila.

Vangie Pilon and her boyfriend, Elmer Ariola, were shot in the head at close range, by unknown assailant/s on December 22, 2017 in their home in Sto. Nino, Putatan, Muntinlupa. Their bodies, along with drug paraphernalia, were discovered in the morning of December 23. Were there drugs? We’ll never know. There was no spot report to support it.

Vangie was my second cousin. We spent our childhood together in the province. She had a booming voice and her big eyes always reminded me of Betty Boop. She entertained us with her unbelievable stories of the unknown. We spent a few years in Manila as teens until we all drifted away to find our own lives.

She got married and later separated from her husband.  Her daughter, Glytelle, is now 18 years old.

In the next few days after learning of her death, I was busy calling people, trying to tie loose ends. All of us were waiting for news, but nothing came. I called a journalist friend to check the police reports in the Southern Police District, but there was none. On the day Vangie was killed, a kid from an influential family had run away. “The police might be busy looking for the kid,” he said.

Vangie was brought back to our province on December 27 and was laid to rest three days after. 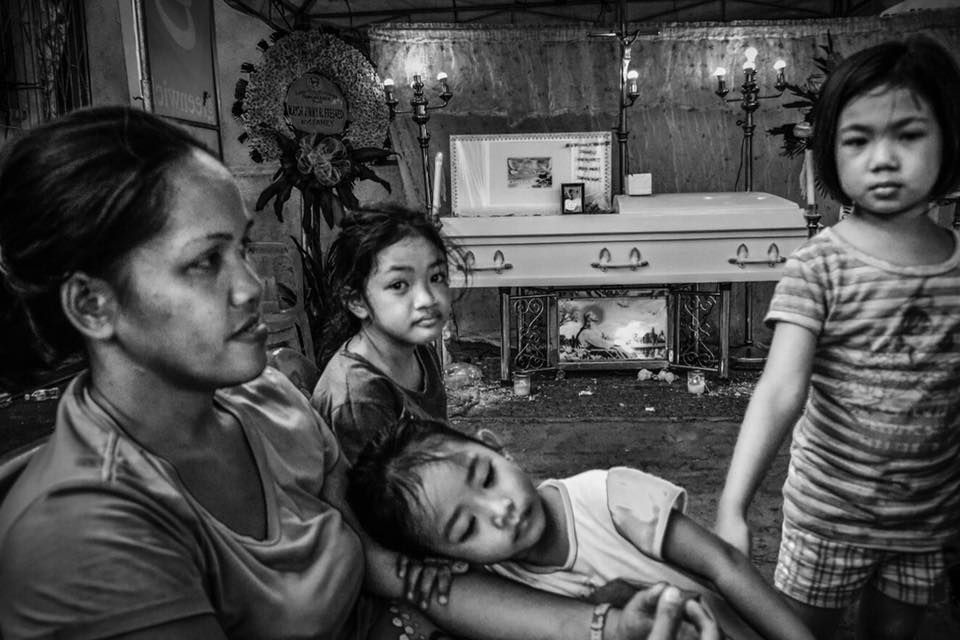 The family of Vangie’s boyfriend, Elmer Ariola, during his wake on December 29. EZRA ACAYAN

Pulot (Pick up). Because there are lots of dead bodies, they are reduced to garbage that must be taken care of — with a price.

The funeral parlor asked for Php 45,000 thousand to release Vangie’s body. It was later reduced to Php 43,000 thousand. Ezra told me that it was over-priced. Accredited funeral homes should only charge 25 to 12 thousand pesos. But even with that price, the bodies are often left unclaimed.

I tried to ask questions from the people who knew Vangie and Elmer. He had a previous relationship and had kids. I received messages, but most didn’t want to elaborate out of fear, or respect for the dead.

Perhaps Elmer was a user or a pusher because that was the only way he knew to support his family aside from being a tricycle driver. They said he had a record at the village as one of those who surrendered at the barangay, hoping to clear his name and to lead a new life.

Our family members are still divided on what to believe. Vangie’s immediate family want to just move on and forget everything since she is already dead. Nothing can bring her back. It was her fate, anyway because she chose to have a relationship with someone like Elmer, my aunt said.

On December 23, General Bato Dela Rosa of the Philippine National Police told the families of the drug war victims to just move on, because there is “no forever.” http://newsinfo.inquirer.net/954680/pnp-bato-dela-rosa-drug-war-victims-move-on-war-on-drugs

When I asked about her plans, Vangie’s daughter, Glytelle, told me:

“I don’t know, Tita. Maybe, I’ll just leave it like that. Mommy always wanted me to be happy. I will be happy.”

Ezra told me that Elmer’s family was afraid to go to the police station to get a police report or to even report the case.

It is a common reaction of the relatives of the victims, Ezra informed me.

War on Drugs or war on poor?

Getting rid of millions of drug addicts that victimize the people was the promise that catapulted Rodrigo Duterte into power. He promised to clean up the country with its millions of addicts who rape, rob and kill innocent people. There were 16 million Filipinos who supported him. I was one of those who did not vote for him but still cheered him for his unorthodox style. Unfortunately.

In 2017, drug-related killings rose to an estimated 16 thousand. Human rights groups claim that many are victims of extrajudicial killings, including minors caught in the “cross-fire.” When confronted, police officers either say, “Nanlaban” (fought back), or they are known addicts, users, pushers.

Meanwhile, the influential persons including the president’s son, Paolo Duterte, have gone uninvestigated in the controversial 6.2-billion peso worth of shabu that got past the customs in 2017; only the poor caretaker of warehouse where the drugs were stored was arrested.

At forty days, the soul finally leaves the Earth. The body it left becomes a number, a statistic in the unsolved “drug-related” crime tally in the Philippines. With the intensified war on drugs, each Filipino family may eventually have a member who might become a victim, branded either as an “addict” or a “collateral damage.”

Justice may never be served for many victims because their survivors choose not to ask it. And I was told the same by Vangie’s next of kin.