“We are doing it because the city has to function,” he said during a news conference at Citi Field, home to the New York Mets. “New York City is at a low risk environment so today we take a another step in the city’s economic recovery.”

The announcement comes two days after Adams made masks optional for children aged 2 to 4 in school and daycare earlier this week.

In January, at the height of the Omicron variant-driven COVID-19 surge, New York City recorded a seven-day positivity rate of 20% – meaning one-in-five people tested for COVID had the virus. That rate has drastically fallen and stood at 1.4% this week, State of New York data showed. 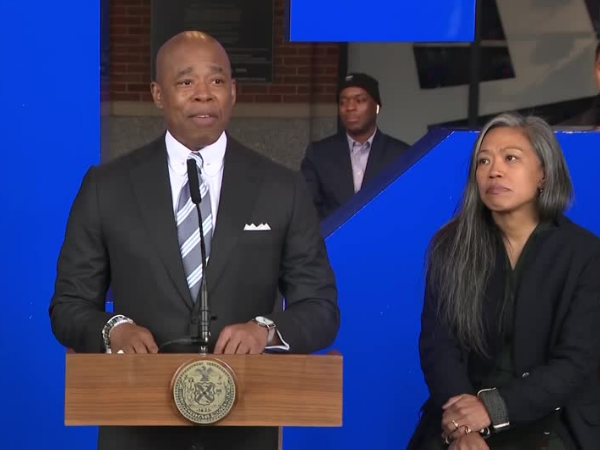 “If the mandate isn’t necessary for famous people, then it’s not necessary for the cops who are protecting our city in the middle of a crime crisis,” the union’s president, Patrick Lynch, said on Twitter on Thursday.

Irving, a seven-time National Basketball Association All-Star who is unvaccinated, sat out the first two months of the current season. The city’s vaccine mandate prevented him from playing in home games. On Jan. 5, Irving played his first road game of the season against the Indiana Pacers.

Adams, who took office in January, kept the mandate in place despite complaints that the athletes could play in other cities and practice with their teams outside the city.

Unvaccinated performers will also be able to once again take the stage at venues like Madison Square Garden and Broadway. They have been unable to do so since the mandate was put into place.

The loosening of the restrictions comes in time for Major League Baseball’s opening day on April 7 after a lockout forced a brief postponement. Some prominent New York baseball players such as Yankees slugger Aaron Judge have been evasive about their vaccine status.

The New York Yankees will play their home opener on April 7 while the New York Mets will welcome back fans on April 15.

(Reporting by Brendan O’Brien in Chicago; Editing by Bill Berkrot)