The Biden administration plans to launch an effort this week to make it easier for some Ukrainians fleeing the Russian invasion of their country to come to the United States after only a handful of refugees were admitted in the first two weeks of March, according to three people familiar with the matter.

The initiative would speed up visa processing for relatives of U.S. citizens and permanent residents and detail more staff to handle applications for a temporary status known as “humanitarian parole,” one of the people said. The measures would be included under a series of efforts to help Ukrainians trying to get to the United States through existing legal immigration pathways.

The administration is particularly focused on LGBTQ individuals, activists, journalists and other potentially vulnerable groups, said the sources, all of whom requested anonymity to discuss internal plans.

It is unclear how many people could be helped under the new U.S. measures. Lawmakers and advocacy groups have urged the administration of Democratic President Joe Biden to do more to help Ukrainians who want to seek refuge in the United States. 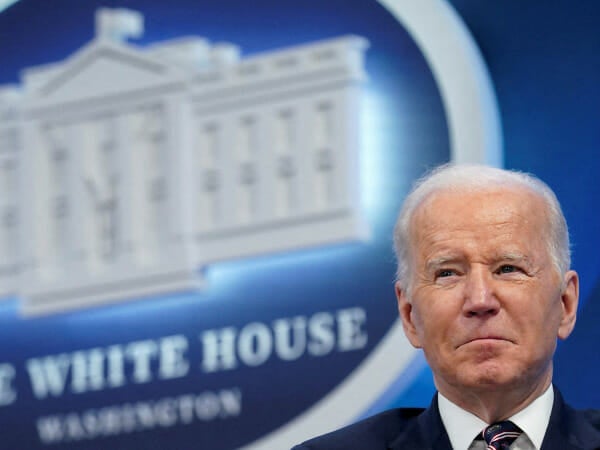 More than 3.5 million people have fled Ukraine since Russia invaded that country on Feb. 24, according to the United Nations refugee agency, the fastest-moving refugee crisis in Europe since the end of World War Two.

But only seven Ukrainian refugees were resettled in the United States from March 1-16, internal U.S. State Department data seen by Reuters shows, as the war intensified and the number of Ukrainians fleeing skyrocketed.

The White House referred questions to the U.S. Department of Homeland Security, which did not respond to a request for comment.

Biden officials have said the majority of the people fleeing Ukraine will want to remain in Europe, where they can travel without a visa and may have family and friends.

According to State Department data, the United States admitted 514 Ukrainian refugees in January and February during Russia’s build-up to the war, which the Kremlin calls a “special military operation” instead of an invasion.

The Biden administration has said refugees should not try to apply for U.S. tourist visas, which are intended for short stays.

Some Ukrainians have instead traveled to the U.S.-Mexico border to ask for asylum at border checkpoints. Several interviewed by Reuters last week were allowed to enter and given one-year humanitarian parole status.

Ukrainians abroad can also apply for humanitarian parole, which allows people to enter the United States on an emergency basis even if they lack a legal visa. But the program faces a steep backlog of tens of thousands of applications already from Afghans trying to flee Taliban-controlled Afghanistan and others seeking refuge.

(Reporting by Ted Hesson in Washington and Kristina Cooke in San Francisco; Additional reporting by Humeyra Pamuk in Washington; Editing by Mica Rosenberg and Matthew Lewis)