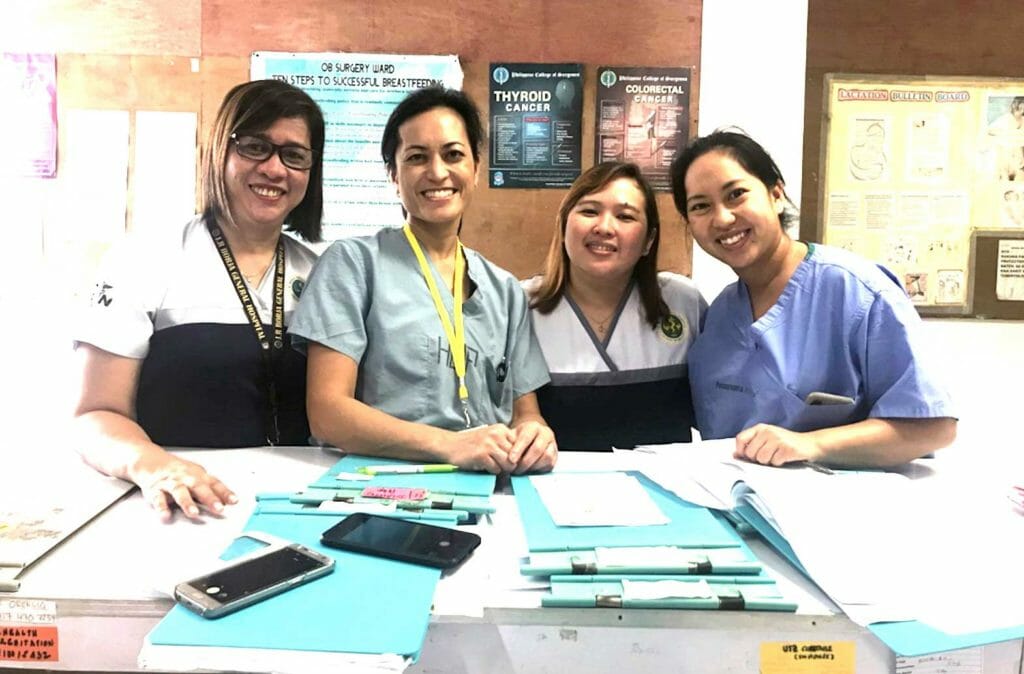 Trina (second from left) and Nicole (right) volunteering with two nurses at the JR Borja General Hospital in the Philippines in 2019. (Penn Medicine News)

Two Fil-Am sisters, both OB/GYNs in Philadelphia, are serving low-income communities in their city as well as in their family’s birthplace in the Philippines.

Drs. Catherine “Trina” and Nicole Salva grew up in Wilmington, Delaware, where they saw their parents, independent practitioners, answering patient queries at all hours or in public while doing their errands.

“They had a really special role in our community,” Trina told Julie Wood of Penn Medicine News, which featured the sisters.

The siblings are today both OB-GYN physicians at Penn Medicine. Trina, an associate professor of clinical OB-GYN, joined the Hospital of the University of Pennsylvania (HUP) in 2006. Nicole, a physician in Penn OB-GYN – Midwifery Care, joined Pennsylvania Hospital (PAH) in 2010.

Their parents were born and raised in the Philippines. They came to Philadelphia for their hospital residencies. Their father is a family doctor, their mother, an OB-GYN physician. They eventually settled in Delaware and set up their own private practices.

When Nicole was a resident at PAH, she volunteered with Trina at Penn’s Latina Community Health Services. The clinic, partnered with the ambulatory health care clinic Puentes de Salud, provides comprehensive prenatal and obstetrical care for the city’s Latinx population.

Nicole likes building relationships with the patients, not just asking about their diagnoses, but asking how they were doing emotionally and listening to their needs.” 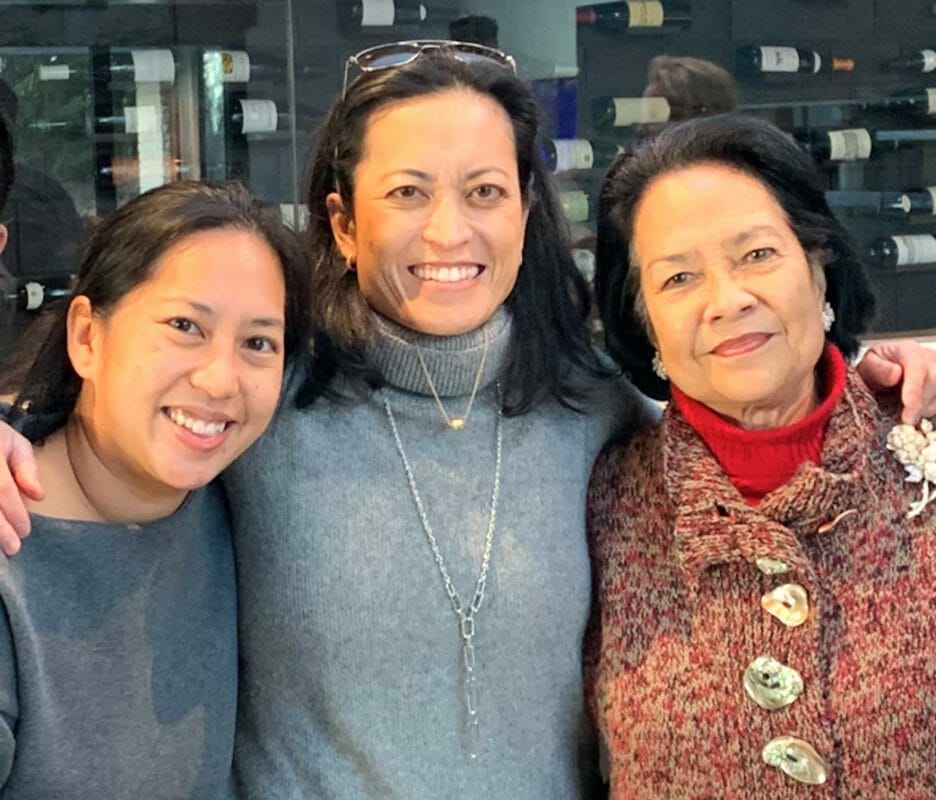 Trina was drawn to the clinic from studying Spanish literature in college and training at a medical school with a predominantly Dominican patient population. Before Penn, in 1995, she signed up with AmeriCorps and lived on the Arizona-Mexico border for a year, providing labor and delivery support for uninsured and undocumented women, along with educational sessions on reproductive health for teenage girls.

The sisters have extended their community work to the Philippines, joining a group of doctors and nurses two years ago on a mission to the city of Cagayan de Oro, their family’s birthplace, to provide surgical care for women with limited access to OB-GYN services.

While on that Philippine American Medical Association of Georgia mission, the sisters reconnected with their extended family.

Nicole told Penn Medicine News that they hope to make the mission an annual tradition and are already planning the next one. They also intend to recruit colleagues in their hospitals to the medical mission to the Philippines.