Don’t worry ABS-CBN, we have tons of authenticated evidence

Don’t worry ABS-CBN, we have tons of authenticated evidence 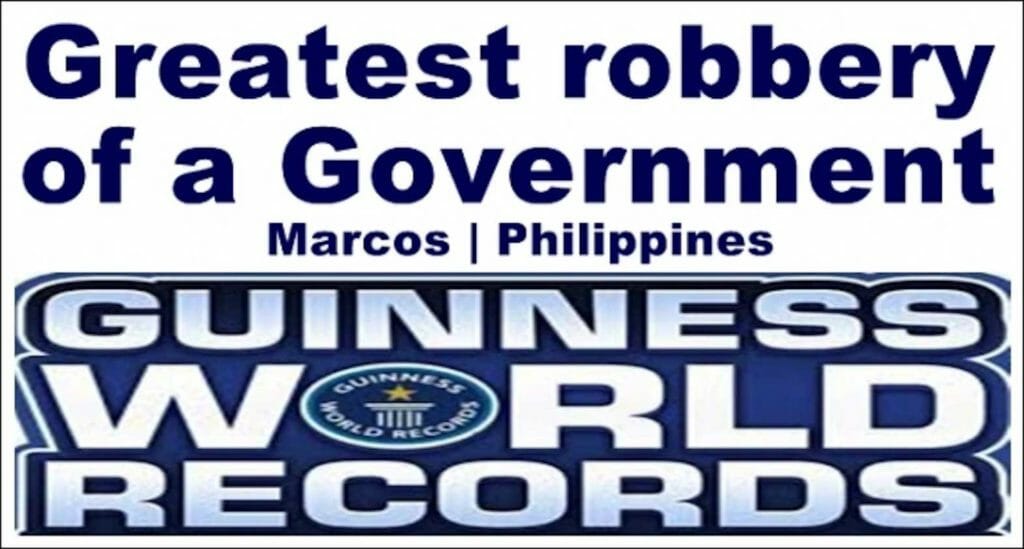 “We are alarmed by this distortion of the truth of history,” the Filipino bishops said in unison, “and the attempt to delete or destroy our collective memory through the seeding of lies and false narratives.”

A GWR spokesperson told ABS-CBN News and Rappler that the record is being re-evaluated for accuracy. Re-examine an authenticated record entered in 1989? More questions beg for more answers: Why only this time? Who initiated the re-examination at this time, two months before the 2022 elections? What strong influence compelled the re-evaluation of this infamous and heavily-quoted GWR entry? Did that strong influence, and presumably with spare wealth, included a price tag?

But don’t you worry, ABS-CBN News reporter Raffy Cabristante, for we have truckloads of authenticated and printed evidence of the Marcos kleptocracy, among other crimes.

“Theft. The government of the Philippines announced on April 23, 1986 that it had succeeded in identifying $860.8 million that had been ‘salted away’ by former president Ferdinand Edralin Marcos (b Sept 11, 1917) and his wife Imelda. The total stolen, it was asserted, since Nov 1965, was believed to be between $5 and $10 billion.”

But don’t you worry, ABS-CBN News reporter Raffy Cabristante, the above official entry of the printed GWR book, published in 1989, was directly quoted by CNN, The Washington Post, Newsweek, Time Magazine, The New York Times, Rappler, and by hundreds of other investigative journalists from reputable newspapers, magazines, and scholarly journals around the world, not to forget that published authors like Raisa Robles, Robert Youngblood, Belinda A. Aquino, Ricardo L. Manapat, former Singapore PM Lee Kuan Yew, and many others have mentioned the Marcos’ ill-gotten wealth in their works.

This fact, without the mention of GWR, was also partly documented by award-winning Lauren Greenfield in her 2019 The Kingmaker, a documentary film that examines the documented chronicles of “one of the most objectionable figures” of recent history (2019). 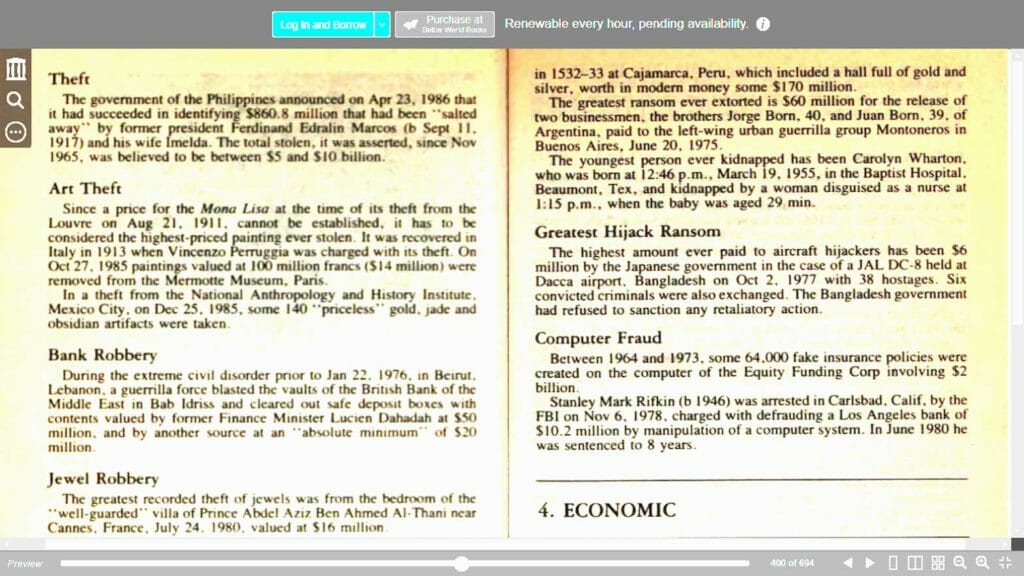 But don’t you worry, ABS-CBN News reporter Raffy Cabristante, to buttress the 1989 GWR printed claim, I reiterate below the findings of the Supreme Court of the Philippines regarding this should-not-be-forgotten issue in Philippine history.

April 12, 1988. Two years after the overthrow of Marcos, the Supreme Court published a decision on PCGG v. Pena, describing the Marcos era as a “well-entrenched plundering regime of twenty years” and condemned the “magnitude of the past regime’s ‘organized pillage’ and the ingenuity of the plunderers and pillagers with the assistance of the experts and best legal minds…” The decision was penned by Chief Justice Teehankee.

December 17, 1991. The Presidential Commission on Good Government filed in the Sandiganbayan a listing of the alleged ill-gotten wealth of the Marcoses “approximated at US$5-B…” (Civil Case No. 0141).

July 16, 2003. The Supreme Court decided with finality on Republic v. Sandiganbayan (G.R. No. 104768), declaring that the known lawful income of the Marcos couple from 1965 to 1985 in dollars was $304,000 ONLY. This ruling on the lawful combined income of the Marcos couple was crucial in subsequent cases which deemed as “ill-gotten” any cash, deposit, or asset owned by them in excess of such sum. The decision was penned by Chief Justice Renato C. Corona.

July 16, 2003. The Supreme Court ruled that the Swiss deposits totalling $658 million were owned by Ferdinand and Imelda Marcos but hidden in front foundations and organizations. The Court forfeited these dollar deposits in favor of the Republic of the Philippines.

January 20, 2006. The Supreme Court issued a verdict on Yuchengco v. Sandiganbayan, reconveying to the Republic the 111,415 controlling shares in the Philippine Telecommunications Investment Corp., the biggest shareholder of PLDT.

April 25, 2012. The Supreme Court’s Second Division decided on Marcos Jr. (BBM) vs Republic, unanimously holding that the assets, properties, and funds of Arelma S.A. in the sum of “USD 3,369,975 as of 1983, plus all interests and all other income that accrued thereon” were also deemed ill-gotten and forfeited in favor of the Republic.

January 18, 2017. The Supreme Court’s First Division decision on Estate of Marcos v. Republic unanimously affirmed a Sandiganbayan decision which “labeled as ill-gotten and forfeited” in favor of the Republic “the pieces of jewelry, known as the Malacañang Collection.” The decision was penned by Chief Justice Ma. Lourdes Sereno.

September 2021. In a 52-page decision, the anti-graft court Sandiganbayan found 373 million pesos as part of the ill-gotten wealth of the Marcoses and ordered Royal Traders Holding Co. Inc. to pay the government the same amount.

The United States Customs agents, lest we forget, seized boxes containing huge bundles of PHP pesos and dollars, jewelry, and secured documents from the Marcoses upon their arrival in Honolulu in February 1986. These, when added to the bank notes, priceless paintings and artifacts, thousands of signature bags and luxury shoes, and collector’s jewelry left behind in Malacañan, revealed the extent of plunder and corruption of the Marcoses.