The U.S. Senate on Thursday approved legislation providing $1.5 trillion to fund the federal government through Sept. 30 and to allocate $13.6 billion to aid Ukraine.

The 2,700-page bill passed in a bipartisan 68-31 vote, one day after the House of Representatives approved the package.

President Joe Biden is expected to sign the bill into law, averting agency shutdowns ahead of the midnight Friday deadline when existing U.S. government funds expire.

“We’re keeping our promises to support Ukraine as they fight for their lives against the evil Vladimir Putin,” Senate Majority Leader Chuck Schumer said, referring to Russia’s president who has orchestrated a massive attack against its neighbor. 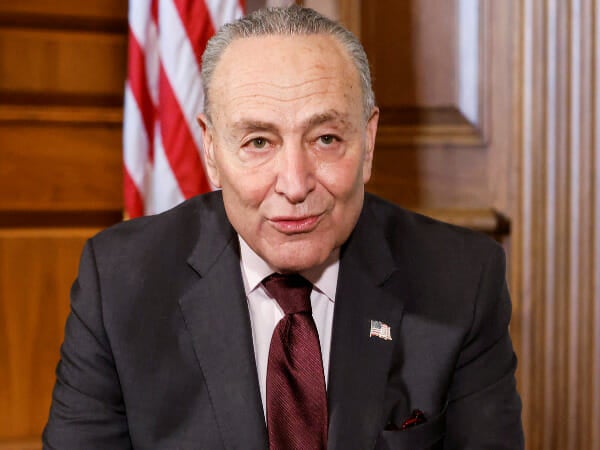 The aid for Ukraine is designed to finance ammunition and other military supplies, as well as humanitarian support.

The legislation’s passage follows months of negotiations over the federal government’s funding and therefore policy priorities.

It also comes as lawmakers jostle to show support of Ukraine in its battle against Russian forces, with Democrats and Republicans saying the Biden administration must do more to help Kyiv.

On Wednesday, House Speaker Nancy Pelosi told reporters that this Ukraine aid package likely would be followed by additional measures to help Kyiv battle Russia and rebuild from the destruction brought by Moscow’s attacks.

On Thursday, ahead of the vote, Republican senators called for the Biden administration to send Ukraine the fighter jets the country’s President Volodymyr Zelenskiy had requested. The Biden administration has argued that providing combat aircraft, even if they were being supplied by Poland, would dangerously escalate the conflict. 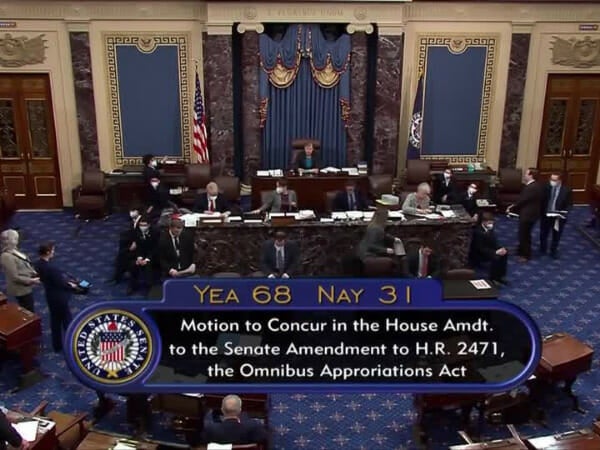 The U.S. Senate on Thursday approved legislation providing $1.5 trillion to fund the federal government through Sept. 30 and to allocate $13.6 billion to aid Ukraine. Gloria Tso reports.

The House also approved a bill that banned imports of Russian oil and called for reviewing Russia’s participation in some international trade programs, including the World Trade Organization.

That measure’s fate in the Senate was unclear. Biden is expected to call on Friday for an end of normal trade relations with Russia.

Besides providing money for ammunition and other military supplies and humanitarian aid for Ukrainians, the legislation funds regular U.S. military programs and an array of non-defense operations through Sept. 30, including money for infrastructure projects authorized by an earlier bipartisan package.

Without passage of this legislation by midnight Friday, federal agencies would have had to begin laying off workers and suspending government programs deemed non-essential.

The Senate also passed a stop-gap bill extending existing federal funding through Tuesday so that congressional clerks have the time they need to process the sprawling “omnibus” legislation — a chore that could go beyond Friday’s midnight deadline.

That ensures no interruption in government services before Biden receives the omnibus bill from Congress for signing into law.