US family seeks justice in kin’s ‘suspicious’ death in PH

US family seeks justice in kin’s ‘suspicious’ death in PH Instead of recollecting wonderful memories from Christmases pasts, exchanging gifts and preparing for holiday dinners with relatives and friends, the Phinney family in Boston, Massachusetts, were comforting each other telling and stories about the life well lived by Jesse Phinney, which ended tragically in Cebu City on December 5 last year.

Phinney died while in the custody of the National Bureau of Investigation (NBI), suspected of human trafficking and child abuse under Republic Act 7610.

Who was Jesse Phinney? Why was he in Cebu City? Why does his death raise more questions than answers?

Jesse Phinney, 42, was a respected and well-known documentary filmmaker and director of photography. He had a degree in film studies and anthropology from the University of Southern California.

Since 2001, Jesse had been shooting documentaries and reality shows for HBO, TLC, History Channel, Discovery Channel, NBC and National Geographic. He also did reality shows like “Survivor,” “Naked and Afraid,” “The Bachelor” and “Keeping up with the Kardashians.”  He had just finished filming “Life Below Zero” for the National Geographic and “The Apprentice” for NBC. 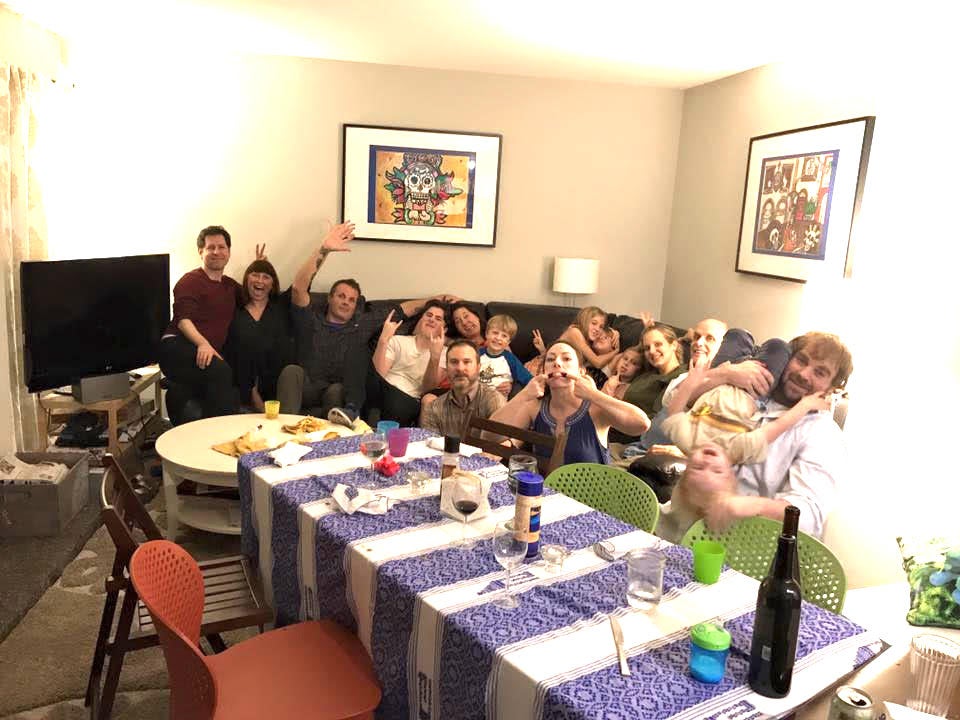 At Thanksgiving a week and a half before Jesse Phinney died; Jesse is third from left, sitting beside Molly Baskette. CONTRIBUTED

Phinney had traveled to the most dangerous places in the world like Afghanistan, Nicaragua and remote places in Alaska. He had been pulled over by Mexican police and trapped in a bombed-out hotel but came out alive.

On November 21, 2017, Phinney came home for Thanksgiving. He was his usual self – funny, kind, generous and full of wisdom, as his sister Molly Phinney-Baskette describes him.

Dominika Posseren and Jesse met in 2003. They got married and eventually divorced but remained good friends. She describes him as loving, not materialistic, empathetic, took care of everyone and was always looking for a purpose in life.

She also told Jesse about the situation in the Philippines based on what she had read in US papers.

“Jesse would always defend the Philippines and say that he loved the people there and that they liked that President Duterte was taking charge and trying to rid the country of corruption. He told me that what I had read were ‘fake news.’”

Jesse never mentioned any threats on his life but said that it was “hard to trust women over there,” according to Dominika.

After a few days, he went back to the Philippines, never to return home alive.

On the evening of December 4th, Jesse was arrested by the NBI in his apartment in Talisay City allegedly for violating the RA 7610 and human trafficking. An eight-year-old girl was reportedly rescued and placed in the custody of the Department of Social Welfare and Development (DSWD) a news report said. 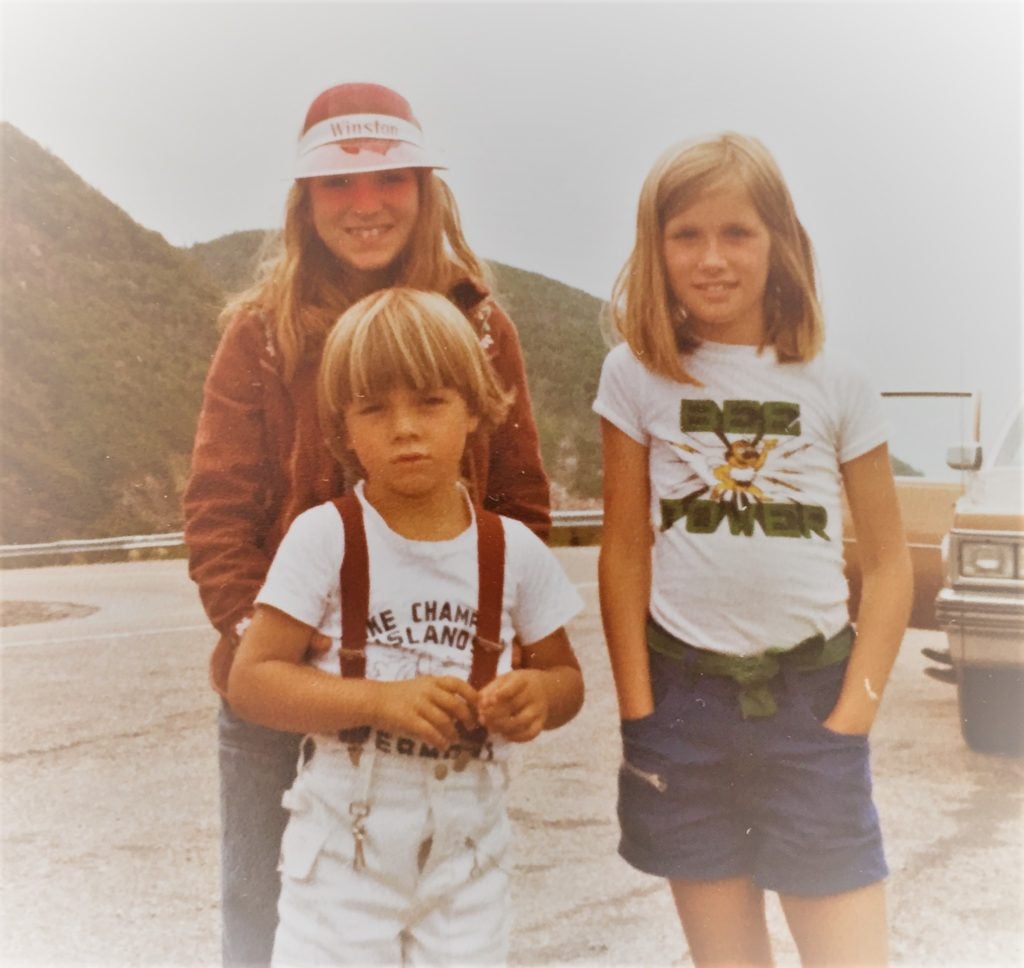 According to Molly, the mother of the girl worked multiple jobs and Jesse would sometimes take care of the girl whenever he was in Cebu.

On December 5th, the NBI said Jesse was found hanging from his belt in the restroom inside the detention cell. However, the authorities did not provide any photos to the family.

Neither the family nor the US Embassy in Manila were informed of Jesse’s arrest. Molly said that Jesse was never given a chance to call a lawyer or anyone else while in detention. NBI-Cebu also gave the press release, including Jesse’s passport, to the press hours before his family was informed of his death.

The US Embassy told Molly that “it often happens that they don’t learn of an arrest of an American citizen until a month later,” although the Philippine authorities are required to alert them within 24 hours.

Molly says that several fake news stories and broadcasts were aired before they found out about Jesse.

Jesse had been traveling between Nicaragua and the Philippines for the past two years doing drone work for companies like National Geographic and Discovery Channel.

“I don’t know much about his life there unfortunately, since I wanted to respect his privacy, but it felt like he was moving towards making Cebu more of a home base this past year,” Dominika recalls.

The Phinneys did not know about the Filipino family Jesse was taking care of. But knowing Jesse, they know he was helping a lot of families, even in Nicaragua – paying off tuitions, providing livelihood and even taking the children to the dentists.

“I helped him buy toys and cell phones on Amazon that I knew he was giving to people in need,” says Dominika.

People who know Jesse refused to believe that he could abuse children, much less commit suicide.

An article by a friend said that Jesse never wore a belt.

“We all think it was a set-up gone wrong. A roughing up gone too far. Maybe when they realized he knew the President of the United States, they freaked out.”

Some of the children Jesse was helping told Molly that they believe that “a mother who he was helping turned on him when he stopped with financial assistance and she was the one that gave the tip to the women’s commission.”  Cebu Vice-Governor Agnes Almendras Magpale chairs the Provincial Women’s Commission.

“I have heard that he had a girlfriend who was trying to get him involved in a weird land deal and that he broke up with her and that she was angry and that her dad worked in the government,” Dominika claims.

The Phinneys asked for Jesse’s possessions to be returned since the final NBI report says the case is closed. However, according to Molly, the NBI responded that they want to keep his passport since they were going to charge the mother of one of the girls Jesse was helping in her schooling.

From the reports the Phinneys have obtained so far from the NBI and Department of Social Welfare and Development, there was no evidence of child trafficking or child abuse against Jesse.

The Phinneys are seeking the intervention of the US government to probe deeper into this case.

“We have no idea what actually happened in the jail and are convinced that our beloved Jesse may have been the victim of extortion, just like hundreds of other cases in the country,” one family member says.

In a press release, the family asks that the Philippine government provide them with answers to their questions and full access to all records related to Jesse’s case. They also commissioned an independent autopsy in the US, which will be released in two weeks.