Apple Releases the World's Most Powerful Computer Chip I Tech

Apple launched its most powerful Mac Chip for personal computers on Tuesday. The highest-end M1 Mac processor ever is the new M1 Ultra. It is the combination of two M1 Max chips inside one single package creating a system on a chip (SoC). With the highest level of capabilities and performance.

The new M1 Ultra brings impressive power to the new Mac Studio. You can reap all the breathtaking outputs while maintaining a leading performance per watt. The chip is built-in with 64 graphic cores, 20 processing cores, and memory support of up to 128GB. The chip also features an astonishing 114 billion transistors.

By fusing two M1 Max chips together, here’s the result: 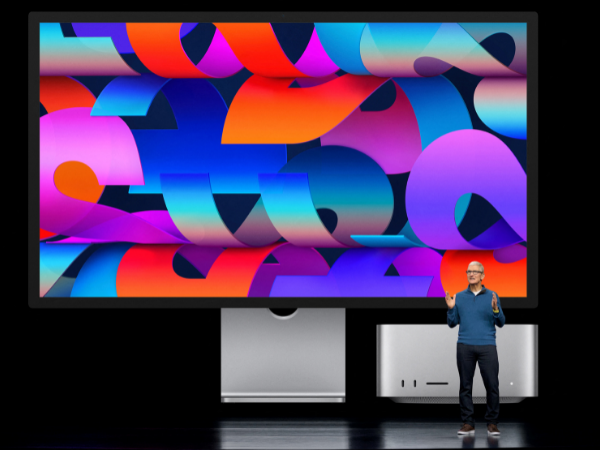 In addition, this new chip uses a circuit of last year’s M1 Max. But with a higher-speed silicon link called UltraFusion. It linked the two processors with a simple design that wouldn’t cause problems to programmers. Apple said it is typical of the demanding push within the semiconductor industry. Which uses a packaging technology linking smaller chip elements into one bigger processor.

Srouji added, “With its powerful CPU, massive GPU, incredible Neural Engine, ProRes hardware acceleration, and a huge amount of unified memory, M1 Ultra completes the M1 family as the world’s most powerful and capable chip for a personal computer.”

Apple applies a method called silicon interposer in this new UltraFusion chip. It employs a layer in the chip with 10,000 ultra-high-speed links in between the two pieces of silicon. Moreover, this M1 Ultra has seven times more transistors than the first generations of basic electronic building blocks of a processor.

Apple claimed that the M1 Ultra-powered Mac Studio is 1.9x faster compared to a Mac Pro with a 16-core Intel Xeon processor. Moreover, Apple said it is 1.6x faster than a Mac Pro with a Xeon of 28-core. With all these breathtaking specifications, this comes with a hefty price tag. Although programmers and professionals who need huge video files will be willing to pay for the highest desktop horsepower.

Tirias Research analyst Kevin Krewell said, “Apple’s Mac chips are the more powerful variants of the A-series processors in its iPhones and iPads. It has been a huge success for Apple. Most people are happy with the performance, battery life, and compatibility.”

If you’re a long-time Apple Mac user, you can now have access to the biggest collection of apps for Mac with this new chip. It includes iPad and iPhone apps that can now run on Mac. Moreover, Universal apps can unlock the full capacity of the M1 chips. Those apps that weren’t updated yet to Universal will run effortlessly with Apple’s Rosetta 2 technology.

Alongside the high-powered processors of the new M1 chip, Apple designed this new chip to be energy efficient. The custom silicon helps Mac Studio use less power. A Mac Studio runs 1000 kilowatt-hours less energy compared to a high-end PC desktop over a year.