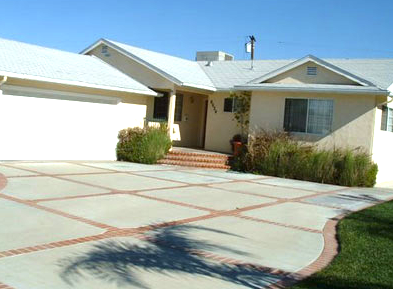 LOS ANGELES — The owner of six adult care facilities operating in the San Fernando Valley’s quiet West Hills neighborhood has been slapped with citations of over $7 million for wage theft and other law violations.

This makes it the largest wage citation in Southern California in the last three years.

Adat Shalom Board and Care, Inc. has been ordered by the California Labor Commissioner’s Office to pay 149 of its former and current employers — a majority of whom are Filipino — for underpaid wages and penalties.

The caregivers cared for elderly residents 24 hours a day, six days a week, receiving pay of less than $3 an hour, according to the complaint.

“Adult care facilities require caregivers to work around the clock, making workers in this industry vulnerable to wage theft and exploitation,” California Labor Commissioner Julie A. Su said in a statement on Tuesday, January 9.

During the years in which the caregivers were employed, the state of California increased its minimum wage from $9 per hour in 2014, to $10.50 per hour in 2017 for companies with 26 employees or more.

Many of the company’s elderly residents and hospice patients under the caregivers’ care suffered from Alzheimer’s and dementia, said the statement. 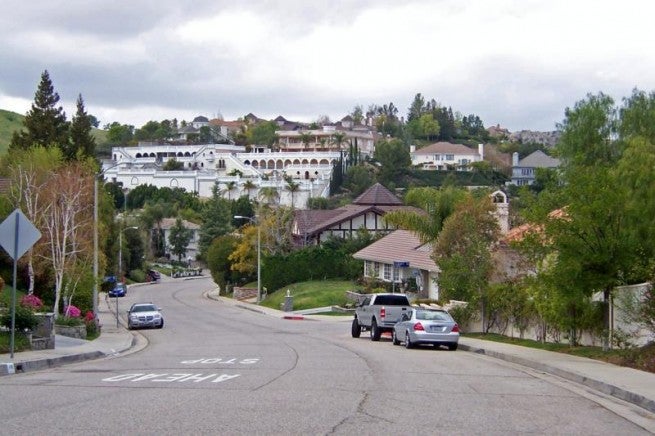 Adat Shalom Board and Care is in the upscale West Hills neighborhood in San Fernando Valley. AJPRESS

The citations issued against Adat Shalom Board and Care total $7,137,036 and account for underpayment of minimum wages and overtime pay, meal period violations, and liquidated damages.  The average amount due to each affected worker will be over $15,500 per year, not including civil penalties.

Encino attorney Patrick White, whose firm is representing Adat Shalom Board and Care, told the LA Daily News that the company “vehemently denies that it violated any California wage and hour law.

The audit conducted by the Division of Labor Standards Enforcement is wrong.  The company intends to appeal and vigorously fight the citation.”

The investigation was prompted after the Labor Commissioner’s Office received a report of labor law violations from the Pilipino Workers Center (PWC), a non-profit organization in Historic Filipinotown that focuses on workers’ rights among the Filipino community.

“This case should be a signal to both caregivers and RCFE [Residential Care for the Elderly] owners alike that it is not acceptable to cut expenses by paying illegally low wages to the people who are providing the direct care.  Pilipino Workers Center is here to support caregivers who are victims of wage theft so that they can recover the wages that they have already earned and to help transform the industry’s standard practices,” said PWC’s Executive Director Aquilina Soriano Versoza in an emailed statement.

“When caregivers are paid properly and have good working environments, both the caregivers and the people receiving care benefit from a better quality of life,” she added.

Wage theft remains a huge problem across the home-health and personal-care industry which is considered one of the nation’s fastest-growing occupational sectors.  This is unfortunate as the aging population grows.

Forty percent said they “never” received overtime pay, 12 percent said “sometimes”, and 11 percent reported not even knowing if they did or not.

Furthermore, 57 percent of the worker respondents reported not having sick-day benefits.  Of the senior age respondents, an even larger percentage said they didn’t have any benefits for their retirement.

“In a sad irony for a workforce tasked with helping our seniors live with dignity, of the 112 workers in this group aged 65 or older, 79.5 percent do not have employer-provided retirement benefits,” the study said.

The bureau went on to conduct 2,291 inspections, with 112 of them in residential care homes.

One investigation resulted in a lawsuit filed by L.A. City Attorney Mike Feuer in May of 2017, against Health Alliance Nurses Corporation (Health Alliance), a caregiver agency that also had workers in West Hills.

Versoza told the Asian Journal then that the lawsuit could result in over $9 million of restitution for the workers.

In a rally outside an upscale living facility, a former employee of the agency shared her experience of receiving only $150 a day for her live-in, 24-hour day job.

“If you calculate it, that’s only $5 an hour, even if there is already a law that provides protection for caregivers,” shared Rufina Tubo, referring to the 2016 Domestic Workers Bill of Rights.

She added that the company was supposed to pay its workers $330 a day for $10 an hour.

In 2014, the Labor Commissioner’s Office launched its “Wage Theft is a Crime” outreach campaign as a resource for workers to learn how to identify wage theft and take action, and to inform employers about their responsibilities.

“Getting the word out about cases of wage theft informs workers of their rights and empowers them to take action,” said Peter Melton of the DIR Communications Office.