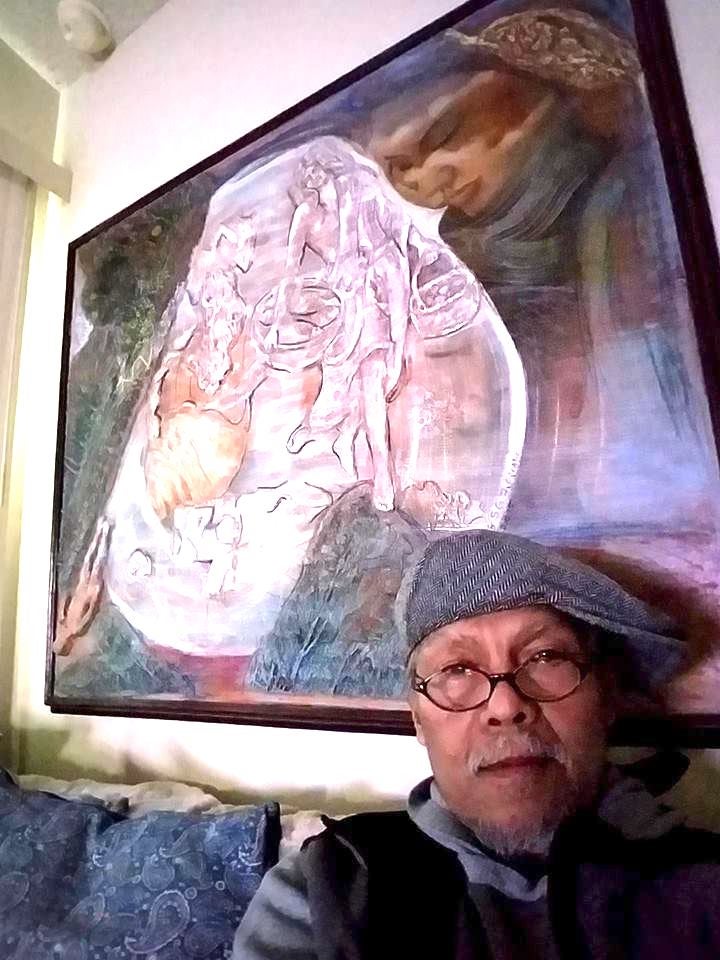 In June 1989, a group of artists had a show in San Francisco. But after a few days, one artist did not to return to the Philippines for the next 13 years. He left a promising career as a painter and sculptor in Manila to reach for the “American Dream.”

The dream, however, was elusive. Despite the odds, Sal Floriano, known in the art world as “Sal Budhz,” now 65, did not think of giving up. The art scene does not discriminate on the basis of nationality, race and even age.

“I extended my stay to seek opportunities for me and my family. I know living in America is a good place for us,” Budhz explains.

Working in the US without proper documentation was risky. He admits that some immigrant workers got into arranged marriages for visa sponsorship.

“I was almost into it, but I held on to my family’s love and support,” Budhz says.

Fortunately, he was able to find jobs suited to his skills as designer and sculptor. Eventually he found an employer that sponsored his working visa.

He was hired by Tiled Guild Incorporated and later worked for Jeffrey Tiles Company, where he stayed for more than ten years.

“I designed, handpainted and sculpted tiles for walls and floors,” Budhz says.

Although he has a fine arts degree from the Philippine Women’s University in Manila, he took classes in ceramics at Pasadena City College and sculpture at Mount San Antonio College to improve his artistic skills. 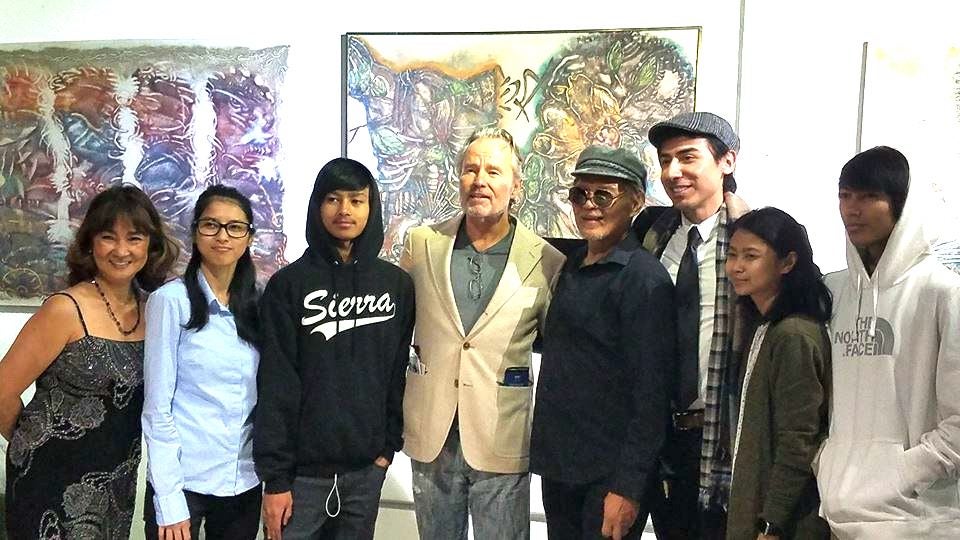 Floriano and family with Hollywood actor John Savage during the opening of Tawas and Sands. CONTRIBUTED

“All my instructors were impressed by my class work. Furthering your knowledge will help you on what’s new in the arts, that’s why going to school will help your perspective as an artist,” he explains.

Yet, Budhz had let opportunities pass due to his previous visa status and to save money for his family.

“An owner of a gallery saw my paintings in my solo show in Fifth Avenue, New York, Philippine Center in 1990. He was very impressed that he invited me to have an exhibit in Germany and Austria, but it was not able to push through,” Budhz recalls.

All his sacrifices paid off after six years.

Upon getting his immigrant status, Budhz was able to petition for his family. In March 2004 his family was finally reunited.

Budhz uses different media such as clay, plaster, oil and acrylic; he is now working on the Tawas (alum) series. 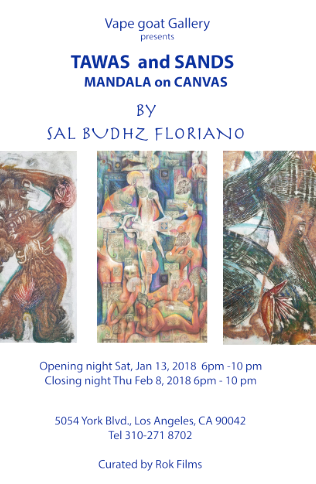 Although he was previously inspired by Salvador Dali and Hieronymus Bosch, Budhz says he is now inspired by Tibetan and Filipino traditions.

Traditional Filipino healers or magtatawas use a candle, spoon and a basin of water in performing a ritual to determine what causes the sickness of a person. The magtatawas puts a crushed piece of candle wax in a spoon and heats it over the lighted candle. Then the melted wax is poured into a basin of water. The image formed in the water helps the magtatawas to conclude the cause of illness and whether the person still needs some cleansing rituals.

Tibetan Buddhist monks create sacred art called sand mandala (circle) from colored sand and crushed stones laid into geometrical patterns. It is a ritual done that requires meditation to achieve enlightenment. However, the intricate art is also ceremoniously destroyed to emphasize the impermanence of material things.

“Instead of a candle, I use sands, the spoon is my brush, and the basin of water is my canvas. My imaginations are transformed into these incredible pieces of arts,” Budhz explains.

Ged Merino, a multi-awarded artist and co-owner of Bliss on Bliss Arts Projects in New York City, knows Budhz as a dedicated artist.

“When Budhz’s group was in New York, I witnessed their struggles to survive. Since I was also starting up, the least I could do was to invite them in our home during weekends for a get-together,” Ged recalls. 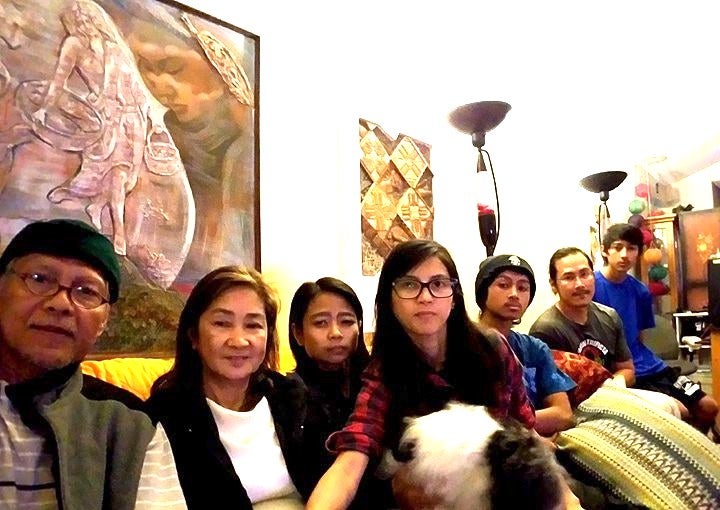 Sal Bhudz Floriano and his family at home. CONTRIBUTED

In 1994, he won an award in Professional Category, Head Rest Sculptural Competition, Fowler Museum, UCLA for his work, “Sleeping Beauty.”

Budhz exhibited in Pasadena Convention Center in Los Angeles on March 4, 2017 and at Pilipino Art Center in October 2017.  He also joined a group exhibit on May 11, 2017 at Erewhon Art Center, Quezon City, Philippines.

Now retired, Budhz has more time for his art. He has two upcoming exhibits in this month and in May.

To aspiring artists he says, “Use your talents for business. You can earn as an artist painting vase or make something out of available materials. Recycle things and you’ll create artworks.”