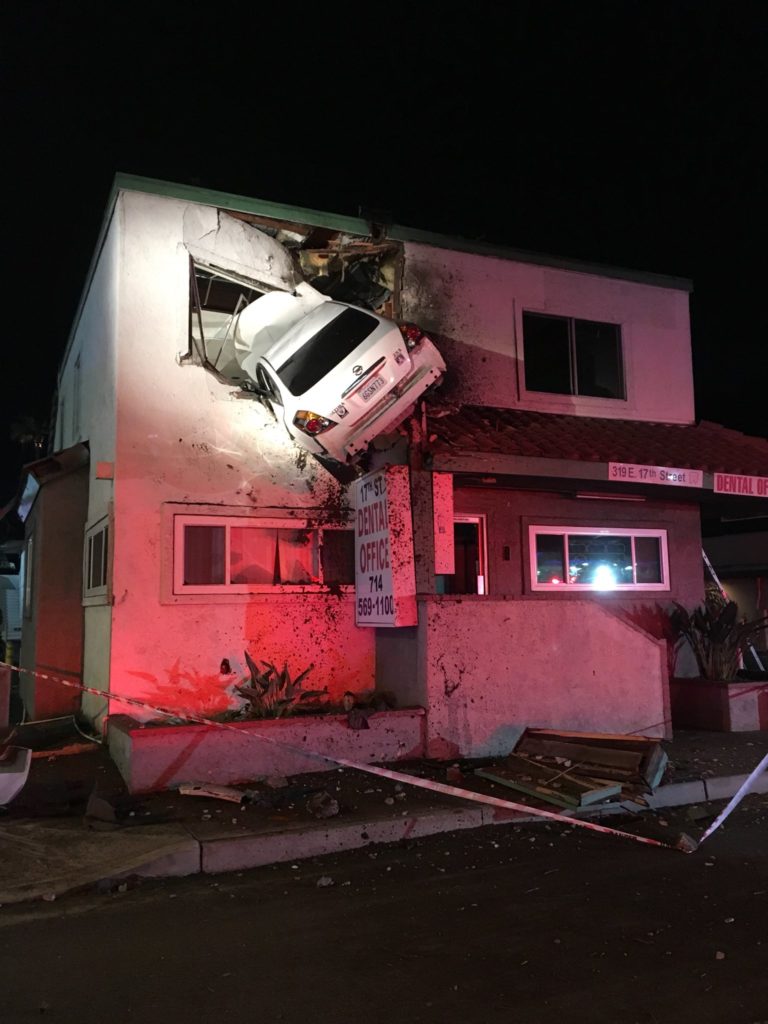 Santa Ana, California — A speeding car crashed into the second floor of a building when it struck a center divider, launching it into the air, then slamming into a dental office. 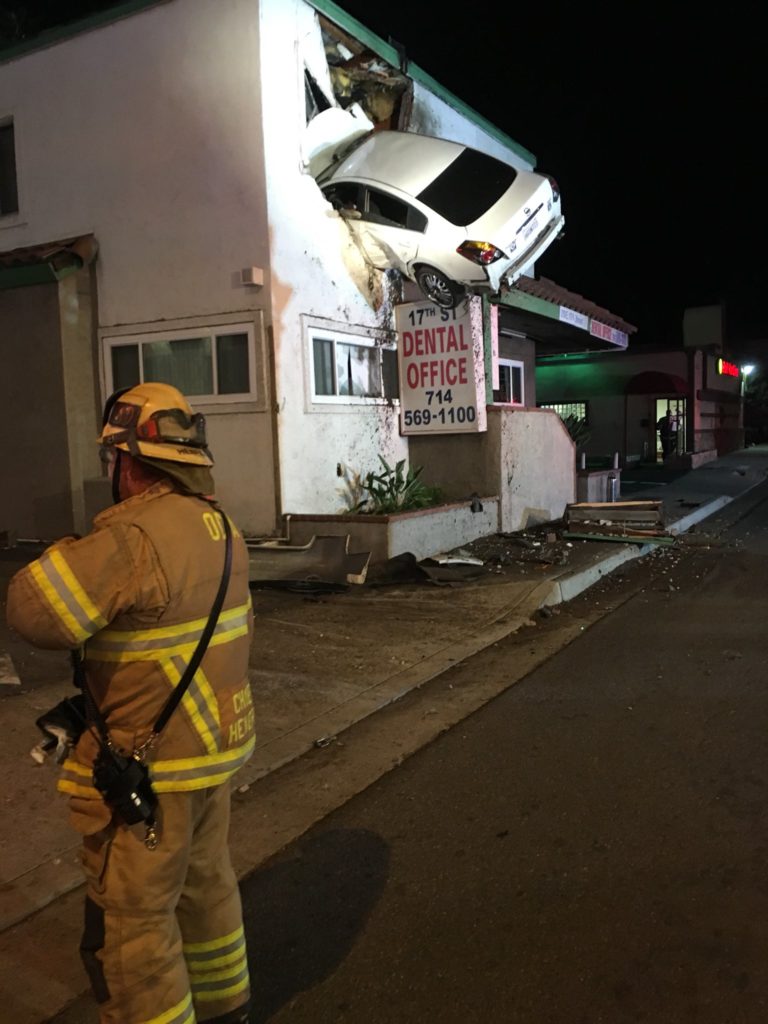 According to officials, one passenger was able to exit on his own, while another required rescue. That other passenger was trapped in the car for an hour and a half while the car’s tail end hung outside the building.

A front loader had to hold the white sedan up while the Los Angeles County Urban Search and Rescue teams removed the man, the New York Times reported. 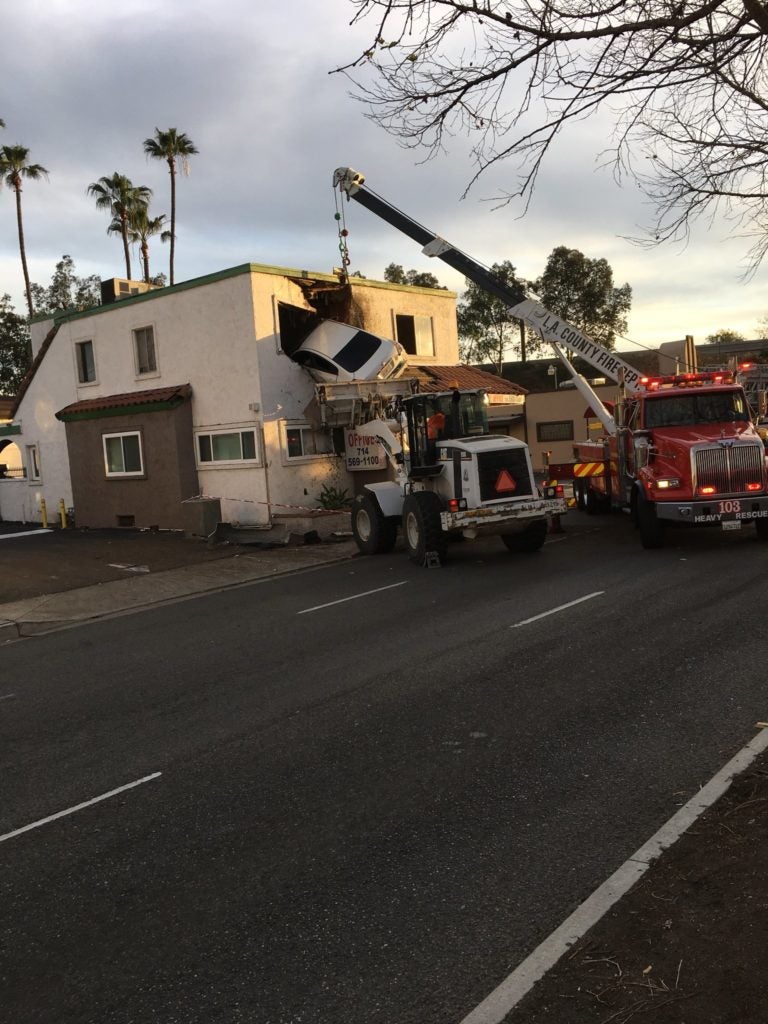 Both passengers sustained minor injuries. A fire due to the crash was promptly extinguished by the fire department.

The incident happened at about 5:30 a.m. on Sunday, shaking up guests in the motel next door. The building also housed a dental office, which was fortunately empty at the time of the accident.

A police report states that the driver “admitted to using narcotics and will be admitted to a local hospital for observation.”

The New York Times said authorities are charging the driver for being under the influence and will arraign him once he is out of the hospital.

LATEST
Which Asia-Pacific countries are re-opening to foreign visitors?
OVP spox to Imee Marcos: Robredo is an extraordinary lawyer
DOH: Nearly 19,000 minors with comorbidities get vaccinated vs COVID
Taiwan has no right to join United Nations–China
DENR to ‘dolomite beach’ visitors: Go on self-quarantine