‘93 Brown’s Chicken Massacre back in the news, 2 Filipinos were youngest victims

‘93 Brown’s Chicken Massacre back in the news, 2 Filipinos were youngest victims

The youngest victims of the 1993 “Brown Chicken Massacre” were Rico L. Solis, 17, and Michael A. Castro, 16, (second and third from left). Others victims were (from left) Guadalupe Maldonado, Thomas Mennes, Marcus Nellsen. PINOY

CHICAGO—Exactly 25 years after one of the most notorious crimes in Chicago area history happened on January 8, 1993, the “Brown’s Chicken Massacre” is back in the news.

One of the two convicted killers, James E. Degorski was recently denied a new trial based on his claim that his former girlfriend, Anne Lockett, who became a key prosecution witness in his 2009 trial, lied on the witness stand so that she could eventually receive a portion of the $98,000 reward offered for his and his partner’s arrest.

Cook County Judge Vincent Gaughan on January 8 agreed with prosecutors that Degorski’s lawyer, Jennifer Bonjean, failed to prove that his rights had been violated at trial.  Bonjean said she would appeal the ruling. 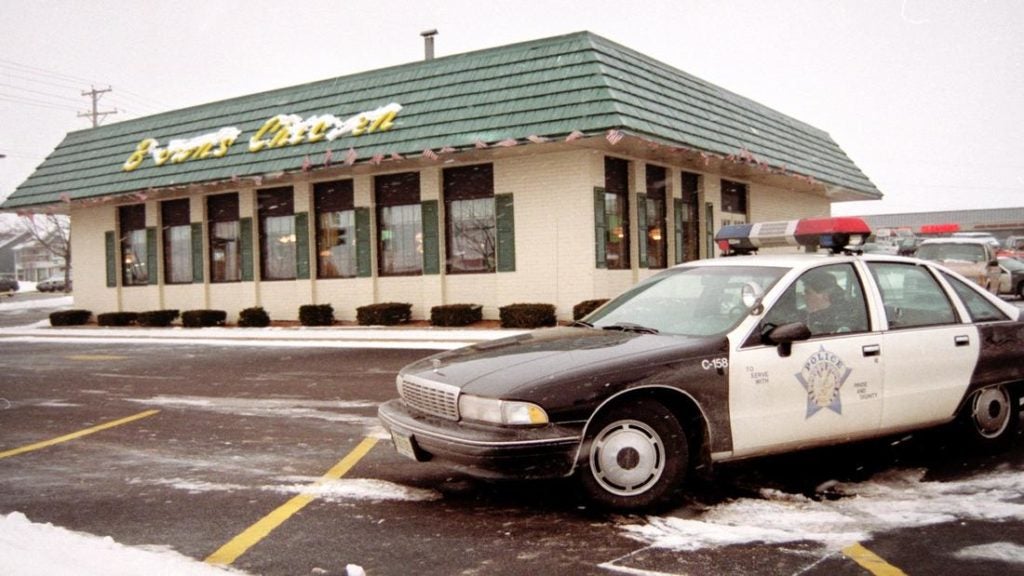 The Brown Chicken and Pasta restaurant of Palatine, Illinois: A day after the massacre. It was razed in 2001. A Chase Bank stands in its place. The franchise was adversely impacted by the killings with 100 restaurants in Chicago area would close. AP PHOTO

Assistant State’s Attorney Alan Spellberg said that the evidence against Degorski was so voluminous that Lockett’s contribution at trial was relatively insignificant, he said, noting that Degorski confessed multiple times to his role in the slayings.

Degorski and co-defendant Juan A. Luna Jr. are both serving life sentences for their role in the slayings of husband-wife owners of the Brown’s Chicken and Pasta restaurant and their five workers at 168 W. Northwest Highway, Palatine, Illinois—a suburb northwest of this city.

Two of the victims were Michael C. Castro, 16, and Rico L. Solis, 17, who were working part time at the fast food place after attending their classes at Palatine High School where they were classmates. 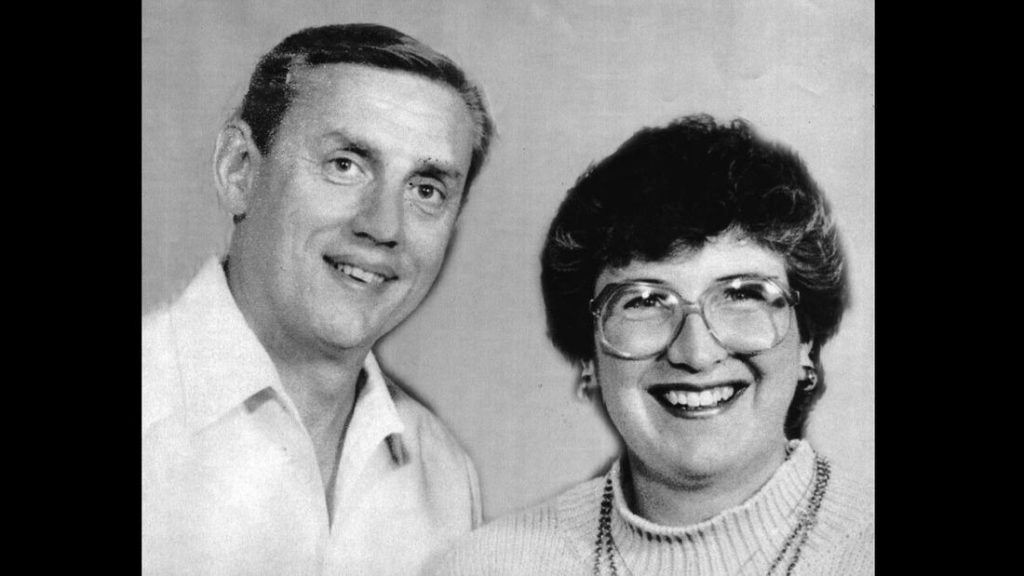 Restaurant owners Richard and Lynn Ehlenfeldt were among the seven murdered victims.

Police found the bodies of the young men along with five others stacked inside the restaurant’s walk-in freezer five and half hours after the store had close for the night.

All–including owners Richard Ehlenfeldt, 50, and his wife, Lynn, 49, and other employees Thomas Mennes, 32,  Marcus Nellsen, 31,  and Guadalupe Maldonado, 46,  sustained fatal gunshot wounds. The killers stole under $2,000 from the restaurant.

On the night of the massacre, Castro’s mother, Epifania, had alerted Palatine police when his son failed to come home at the usual time.  Police checked his son’s work place and found Maldonado’s vehicle still in the restaurant parking lot. Police entered the building through a back door that was left ajar.

Though the case would remain cold for nine years, a forensic investigator, Jane Homeyer, had the foresight to pluck out left-over chicken bones from a trash can at the murder scene on the day of the massacre.

Homeyer, who described her move as inspired by the “divine providence,” kept the potential evidence in the police freezer. In 2002, a half-eaten piece of chicken was analyzed to contain the DNA of Juan Luna, who would confess to the crime.

Luna used to be an employee of the restaurant but was later let go. He apparently knew the ins and outs of the place. On the night of the killing spree, Luna and Degorski even ordered four pieces of chicken, leaving some in the trash can, which led to their conviction. 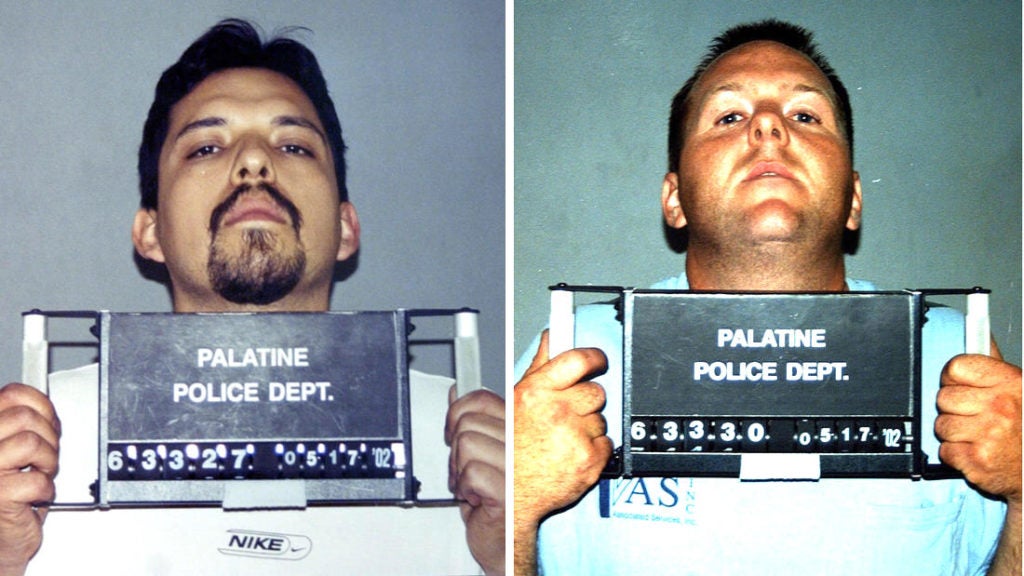 It was also in 2002 when Ann Lockett, the former girlfriend of Degorski, had told investigator that on the night of the murders her then boyfriend boasted to her that he and his friend and former high school classmate had done “something big” and would later admit to her that they were behind the massacre.

The two criminals had separate jury trials. Luna was convicted in 2007 to a life sentence. Degorski would get the same with no chance of parole. Both were eligible for the death sentence, but one Luna juror and two Degorski jurors held off on capital punishment.

Castro’s mother, Epifania, said the services give her comfort, “because then I know that they’re praying for him…My faith saved us from all this; you know, to keep us sane.”

The Castros also have a shrine in their living room in memory of Michael who would have been 41 years old last January 8. The mother said she prays at six o’clock every morning and evening. Epifania, mother of Michael Castro,(middle) was once bitter but has  forgiven her son’s murderers. PINOY

She admits that early on, “I wanted to do something to hurt (my son’s killers). She is now resigned to her fate and thoughts of getting even are gone. She has forgiven them. “I am leaving that to Jesus for their final judgement,” she added.

The daughter of the restaurant’s slain owners, Joy Ehlenfeldt, addressed Luna in her victim impact statement in 2007. “You are responsible for your own family’s suffering. Your family will now join ours in the circle of grief,” she said.

A number of things have changed in the years since the murders. The 1993 incident saw a 35 percent decline in the sales of the Brown Chicken’s franchise which would see the closing of 100 restaurants in the Chicago area.

The building in Palatine was demolished in April 2001 after briefly being converted to a dry cleaning shop. A Chase Bank was later built on the empty lot.

In an ironic twist, Degorski was awarded $451,000 in compensation and punitive damages for the injuries he sustained after he was beaten by a county sheriff in May 2002 after he was arrested. The sheriff was fired.

A judge ordered a reduction of the amount to $120,000 and the Illinois Department of Corrections demanded that it get the money to pay for upkeep of  Degorski— moves both opposed by his lawyer who sees the money as her legal fees.

However, no claims against the award were reportedly made by any of the families of the seven murder victims.