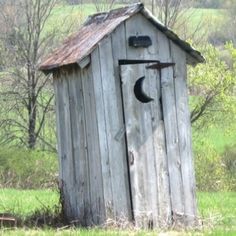 Martin Luther King Jr. Day in America is supposed to be a celebration of the civil rights giant.

But as we approach the holiday, there is an undeniable truth.

The American president is a racist, having branded himself a potty-mouth pol by use of the term “shithole” to describe people from poor countries, specifically immigrants from Africa, Haiti and El Salvador.

Racist. Disgusting. And considering what the Philippine president has said about Obama, practically Dutertian.

But if Trump’s pussy grabbing rhetoric wasn’t enough to sink his candidacy in 2016, why do you think Trump’s latest racist insult will faze him?

Still, the president has gone too far. His racism cannot be excused.

The latest vulgarity has been heard ‘round the world coming out of the mouth of the sitting president of the United States.

Trump has made it habitual practice to nuke the truth with his own rhetorical style.

Art of the deal? Not when it comes to the Deferred Action on Childhood Arrivals (DACA) program.

But Trump does have the art of the jaw-dropping comment down cold.

He is, after all, the guy who started the birther movement questioning the legitimacy of President Obama’s birth certificate. Ultimately, in the face of the truth, Trump finally had to apologize. But even here, he recently began to raise his doubts among friends.

When it comes to race, Trump has a major problem.

It’s all well documented in his past. From the practice of refusing to rent to people of color in the family business to his reaction in the Central Park 5 case.

During his campaign and as president, Trump’s carried on. He’s called Mexican immigrants rapists. He disparaged a Mexican American judge presiding on the case against Trump University a “so-called judge.”

When Trump dangerously baits North Korea’s Kim Jong Un, there’s more than a hint of racism when Trump says he has a “bigger button” than Kim.

And then there is Trump’s response after white nationalists rioted in Charlottesville last year, when he defended the “very fine people on both sides.”

Clearly, Trump has a white comfort zone. And a problem with people of color.

At yesterday’s White House meeting when the fecal phrase was used, Trump suggested he’d be open to more immigrants from predominantly white Norway. Yes, he had just met its president the day before. He could have also mentioned First Lady Melania from Slovenia. Does merit-based immigration mean “supermodels only”?

At the same meeting, Trump also referred positively to immigrants from Asian countries because he said they’d help the U.S. economically. It’s the stereotype, sure. But what about the Asian immigrants from Nepal? What will he say about them when it’s their turn for Temporary Protected Status (TPS) renewal?

It won’t be positive for any Asians who don’t lie up to his stereotype. That’s racism for you.

White nationalist Richard Spencer described Trump this way in Michael Wolff’s book, “Fire and Fury”: “He is a nationalist and he is a racialist. His movement is a white movement. Duh….We give him a kind of permission.”

And that is why Trump feels immune to the jaw drop, as he speaks to white nationalists like Spencer, who have long stood in shame and now have gone mainstream.

Trump can always explain it all away with what has become the hallmark of the Trump Administration:  the morning Mea Tweeta. 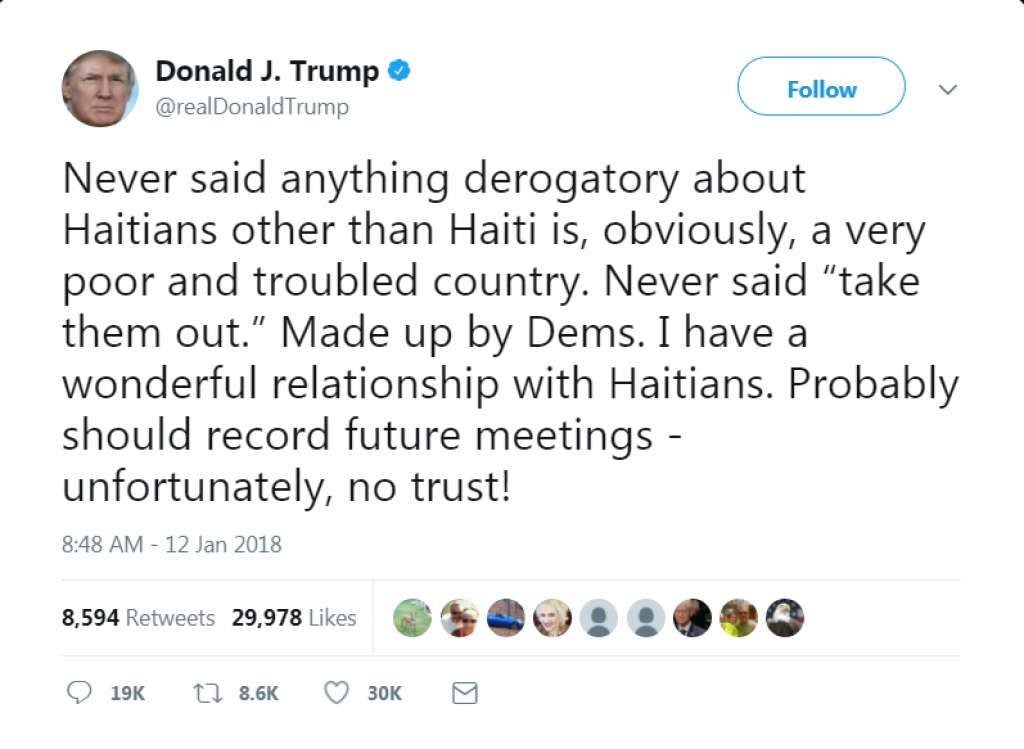 Trump’s official explanation, not quite an apology, came more than 12 hours after the Washington Post broke the original story about Trump’s frustration at the bipartisan group of lawmakers who presented him with a compromise on DACA.

Those were his words.

But when the bipartisan compromise presented to him on Thursday wasn’t good enough, Trump reacted true to Trump, the vulgar racist.

“Why are we having all these people from shithole countries come here,” Trump said, according to people in the meeting.

The Washington Post verified and reported it. And then so did other news organizations. Fake news? When the man who should be the moral leader of the free world makes an abhorrent racist comment, it’s news.

“I have seen the comments in the press, I have not read one of them that’s inaccurate,” Durbin told media, as reported in USA Today.

“In the course of [Trump’s] comments, he said things that were hate-filled, vile and racist,” Durbin said. “I cannot believe that in the history of the White House, in that Oval Office, any president has ever spoken the words that I personally heard our president speak yesterday.”

No, Mr. President, this isn’t made up. But there is no trust. And no faith. You do not have permission to represent Americans and our country in such a boldly racist way.

Fortunately, we don’t have to climb the impeachment mountain, not yet. Nor do we need a psychiatric evaluation to spur a 25th Amendment removal.

What’s called for now is to finish the steps taken by Congress last August after Charlottesville.
The president must be censured.

Based on Trump’s own words, the government must use censure to express the people’s disapproval.

Censure is merely a strong institutional statement of rebuke when acceptable standards have been breached.

Trump, who prides himself as having a presidency the likes of which no one has never seen, may have topped himself with his “shithole” comment.

Censure, used once successfully back in 1834 when Andrew Jackson was reprimanded in connection to his defunding the Bank of the United States, would make Trump unique.

Jackson’s rebuke was expunged in 1837. I don’t know if Trump would be so lucky.

Since then, censure has been tried and has failed a number of times. Most recently, there was a move to censure Clinton after the Lewinsky scandal. And again last August against Trump after Charlottesville. That attempt had more than 130 co-signers and was left in committee.

But now is the time for all good Republicans and Democrats to stand up and speak out, and renew the move to censure the president. This time for his “shithole” comments.

For the sake of our country, our people, and the world, Congress must take strong bipartisan action to formally decry the jaw-dropping racist words of Donald J. Trump.

A move to censure of the president may be the only way to overcome and endure an ironic the Martin Luther King, Jr. holiday, the celebration of equality and civil rights in America.

Emil Guillermo is a journalist and commentator for the Inquirer’s North American Bureau.

MOST READ
usa Ye admits he “sees good things about Hitler.”
usa Quebec coroners refuse to reopen case of Filipina, 86, found dead on hospital floor
usa 10 Signs Your Partner Is Emotionally Unavailable
usa Tenuto 2: The Only Male Vibrator Designed For Him With Her In Mind
usa Why Am I So Emotional? 10 Reasons Why and How to Handle It
usa Kanye West reveals he caught Chris Paul with Kim Kardashian
usa No Contact Rule: The Best Way to Get Over Your Ex
DID YOU KNOW?
25 Best Deals for the Holidays - Gift Guide 2022
Best Crystals for Protection Against Negative Energy
25 Best Holiday Deals: Top Brands to Shop This Holiday Season
Best Barbie Dollhouses 2022
Best Anime Mouse Pad 2022
5 Ways to Hack the Holidays with the Best Cash Back App
4 of the Best Holiday Gifts for Coffee Lovers