More than half of U.S. abortions done by medication as of 2020 - report

More than half of U.S. abortions done by medication as of 2020 – report 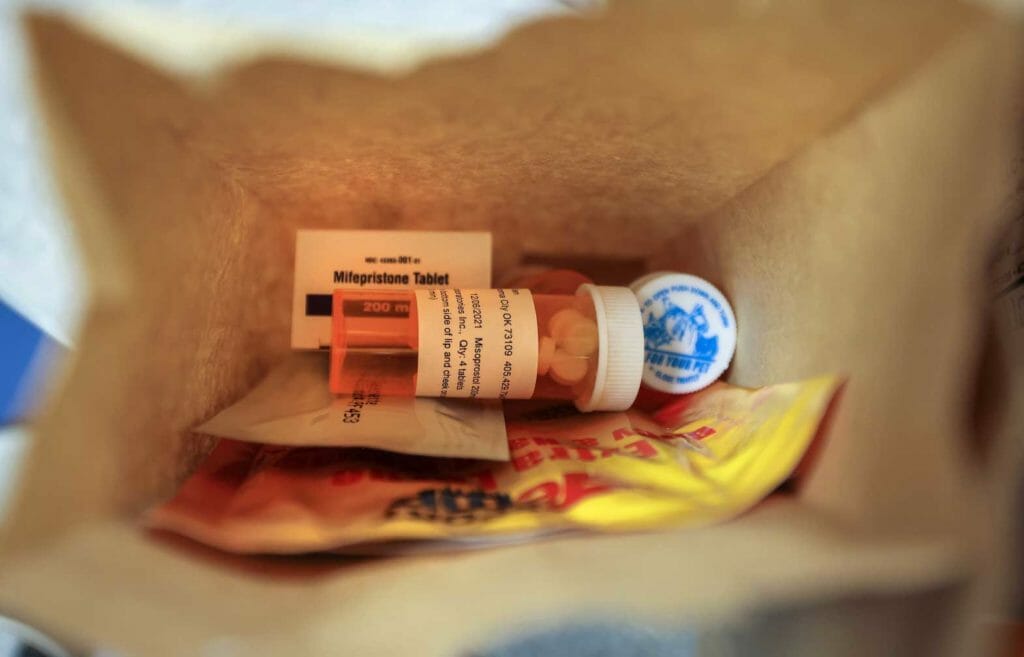 Paper bags containing the medication used for a medical abortion, follow-up instructions, and heating pads are prepared for patients who will be having abortions that day at Trust Women clinic in Oklahoma City, U.S., December 6, 2021. REUTERS/Evelyn Hockstein

Medication abortion accounted for more than half of all abortions in the United States as of 2020, a new survey found, a significant increase from prior years as the pills became more widely available and surgical abortions harder to obtain.

Fifty-four percent of abortions administered in 2020 involved the two-pill method as opposed to a surgical procedure, according to a survey published on Thursday by the Guttmacher Institute, an abortion rights advocacy research group.

The data showed a jump from 2017, when Guttmacher found that 39% of abortions were done by medication. The research group collects data from U.S. abortion providers every three years.

Abortion rights advocates consider medication abortion essential to the future of abortion access in the United States, allowing women who live far from clinics to end their pregnancies without significant travel and financial hurdles.

The U.S. Supreme Court could overhaul abortion rights as soon as this spring, when it is expected to rule on a Mississippi law that bans abortion at 15 weeks. The court, with its 6-3 conservative majority, has signaled its willingness to let that ban stand. Such a ruling would undercut the 1973 Roe v. Wade case that established the right to end pregnancy before the fetus is viable, at around 24 weeks. If Roe is overturned, some two dozen states would move quickly to ban abortion.

“Particularly if patients are living in states where abortion is banned, patients may be able to access medication abortion through the internet,” said Elizabeth Nash, a state policy expert at Guttmacher. “For many people, it may be easier to access abortion care through the internet rather than travel hundreds of miles to get to a facility.”

Abortion opponents see limiting access to the pills as a new front in their fight to end abortion. So far this year, at least 16 state legislatures have introduced bills that would restrict the administration of abortion pills or ban their use altogether, according to Guttmacher.

The use of medication to terminate a pregnancy up to 10 weeks was approved by the Food and Drug Administration in 2000. The method involves two drugs, taken over a day or two. The first, mifepristone, blocks the pregnancy-sustaining hormone progesterone. The second, misoprostol, induces uterine contractions.

For years, the FDA restricted the use of medication abortion with measures like requiring mifepristone to be dispensed in person, rather than allowing it to be prescribed remotely and sent by mail. The FDA eased its restrictions in 2020 when the COVID-19 pandemic posed a barrier to in-person healthcare. The agency then permanently relaxed its prior restrictions on the pill in December 2021, allowing the drug to be prescribed by certified providers via telemedicine and sent by mail.

However, laws in some states further limit the accessibility of medication abortion. In 19 states, the physician prescribing the pills must be present for their administration, meaning telemedicine is not allowed.