A U.S. judge signaled on Tuesday he may not let Donald Trump countersue E. Jean Carroll, a writer who accused the former president of raping her in the mid-1990s and is suing him for defamation.

At a hearing in Manhattan, U.S. District Judge Lewis Kaplan suggested it might be futile for Trump to claim that Carroll’s lawsuit violated a New York “anti-SLAPP” law protecting free speech, citing several courts that found similar laws did not apply in federal court.

“I question whether you have the right to do what you are seeking to do, because it seems to me it’s entirely inconsistent with the notion of futility,” Kaplan told Trump’s lawyer Alina Habba. “It may not be the way I resolve this matter.”

Carroll, a former Elle magazine columnist, accused Trump in a June 2019 book excerpt of having raped her in a dressing room at the Bergdorf Goodman department store in Midtown Manhattan. 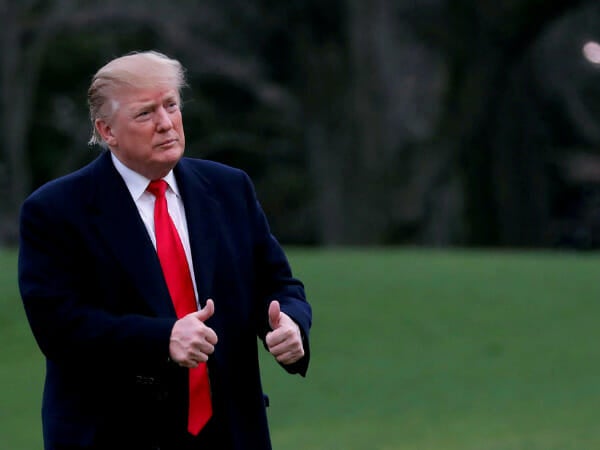 She sued five months later, claiming that Trump defamed her when he told a reporter he did not know Carroll, said “she’s not my type,” and accused her of concocting the rape claim to sell her book.

It was meant to protect journalists and others from wealthy companies and people who file frivolous lawsuits to silence critics. How the law might apply to public officials, or former public officials like Trump, remains unclear.

“This is about giving us the right to litigate these issues,” Habba said. “That is all I’m asking.”

Kaplan did not say when he will rule.

Both sides are awaiting a decision from the 2nd U.S. Circuit Court of Appeals in Manhattan on whether Carroll’s lawsuit should be dismissed because Trump was immune from being sued.

In that appeal, the Biden administration essentially adopted an argument by Trump’s Justice Department that the government should be substituted for Trump as the defendant, which could doom Carroll’s case.

Carroll’s lawyers want to question Trump under oath and compare his DNA with a dress Carroll said she wore during the alleged rape.