During his first year in office, President Donald Trump has repeatedly attacked what he calls “chain migration,” a term that loosely refers to any legal immigration based on family ties to a U.S. citizen or permanent resident.

In Trump’s telling, chain migration — a bedrock of the U.S. immigration system for decades — poses an untenable risk to the national security. He has called it “a total disaster” and has even linked it to a December terrorist attack inside a New York City subway station.

In Hawaii, Trump’s disdain for chain migration has a particular resonance: The state is home to hundreds of thousands of Filipino immigrants who — along with Mexicans, Dominicans and Chinese — heavily rely on family-based immigration. 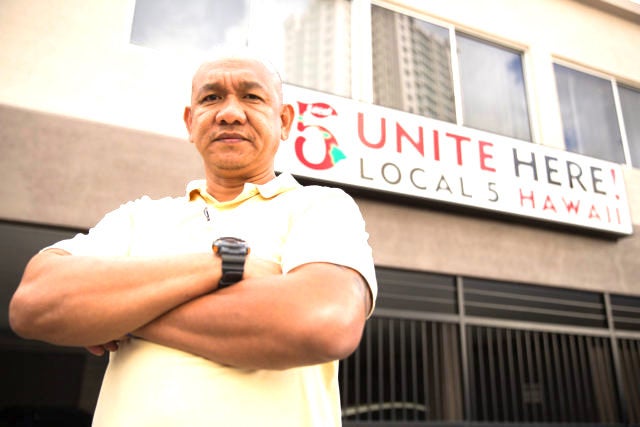 Victor Gonzales, a Filipino immigrant and labor organizer, waited 20 years for a green card that allowed him and his children to move to Hawaii. Anthony Quintano/Civil Beat

Born in Batangas province and raised in Manila, Gonzales waited 20 years for a green card that his ex-wife’s American family petitioned for him and his five children. Shortly after his arrival, he landed a housekeeping job at The Modern Honolulu hotel and now works with UNITE HERE Local 5 to help organize fellow hotel workers.

“It took so long that I thought it would never happen,” said Gonzales, who plans to petition for three of his siblings to immigrate here once he becomes a U.S. citizen. “We were really dreaming about it, and it’s everybody’s dream to live here in America.”

In many ways, Filipino immigrants like Gonzales are the face of family-based immigration in Hawaii — and one of the driving forces behind the exponential growth of the state’s Filipino community in recent decades.

According to the 2016 Census, Filipinos in Hawaii number about 209,000 and constitute 14 percent of the state’s population. About a decade ago, they overtook the Japanese as the state’s largest ethnic minority.

According to census figures, nearly 122,000 Filipinos are immigrants, making up 46.4 percent of the state’s foreign-born population.

Gonzales finds it unfathomable that Trump is trying to divide families.

“Why would you not allow a family to reunite?” Gonzales said. “We come here and work hard because we know this is an opportunity. This is what we waited for; this is what we dreamed for. It’s not that we come here just to become a drain on society, to make a mess.”

On Tuesday, Trump held a rare, televised negotiating session with a bipartisan group of lawmakers. In exchange for what he called a “bill of love” that would protect from deportation young immigrants who arrived in the country illegally as children, Trump insisted on funding for a border wall and cuts to legal immigration — including reducing family-based immigration.

Trump wants Congress to revamp the U.S. immigration system to shift from “family-based” to “merit-based,” describing the former as “a policy where the wrong people are allowed into our country and the right people are rejected.” 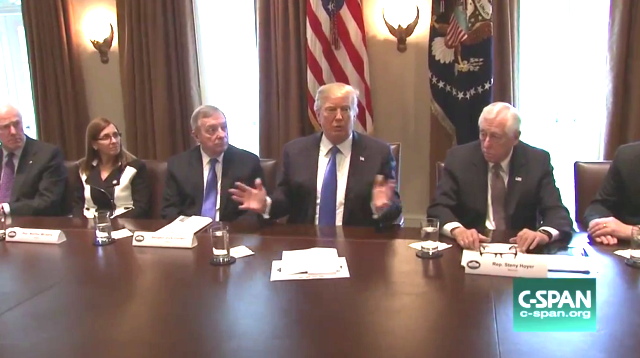 In a televised negotiating session with a bipartisan group of lawmakers Tuesday, President Donald Trump insisted on funding for a border wall and cuts to legal immigration — including reducing family-based immigration. C-SPAN

The primary aim of the RAISE Act is to dramatically reduce legal immigration — from about 1 million people a year to a little over 500,000.

Under the bill, U.S. citizens and permanent residents would still be allowed to bring in spouses and minor children. But it would eliminate the nearly 140,000 green cards set aside for adult children and siblings of U.S. citizens, as well as the unlimited number of visas currently available to parents of U.S. citizens.

The bill would hold the number of employment-based green cards at 140,000, but the system used to select people for them would be replaced with a “points” system, in which applicants earn points for factors such as education, financial security and job skills.

Only immigrants who can meet a certain threshold would be eligible to come.

According to Cotton and Perdue, the bill would reduce legal immigration from slightly more than a million to about 640,000 in the first year and to less than 540,000 by the 10th year.

Trump has hailed the bill as representing the “biggest change in 50 years” to the U.S. immigration system and reflecting his “compassion for struggling American families that deserve an immigrant system that puts their needs first.”

Still, the bill has a mountain to climb for its passage: It would need the support of every Republican and nine Democrats in the Senate — a daunting count, especially in an election year.

In Hawaii, the effect of reducing family-based immigration would likely be heavily felt, at least in the short term, in the Filipino community — the state’s fasting growing ethnic minority, primarily because of migration.

The Filipino community traces its roots back to 1906 when 15 “sakadas” were recruited by the Hawaiian Sugar Planters Association to work on the sugar cane plantations. But the floodgates opened up in 1965 when Congress replaced national quotas with the current system that emphasizes family reunification.

Filipinos have since arrived in droves, transforming the community on the lowest rung of the socioeconomic ladder in Hawaii into one that wields a growing political influence — ushering Ben Cayetano into the governor’s mansion in 1994 and producing a number of state and county lawmakers.

But the influx of Filipinos could dramatically slow down, if Trump has his way.

John Egan, a Honolulu immigration attorney who once chaired the Hawaii chapter of the American Immigration Lawyers Association, says the disproportionate impact on Filipinos, as well as others who heavily rely on family-based immigration — Mexicans, Dominicans, Chinese, Indian and Vietnamese — isn’t coincidental.

“Chain migration was never a problem when Europeans were the ones coming in; it’s only a problem now for white folks who don’t want so many dark folks coming in,” Egan said. “In many real ways, the argument against chain migration is a smoke screen for promoting a racialist migration policy.” 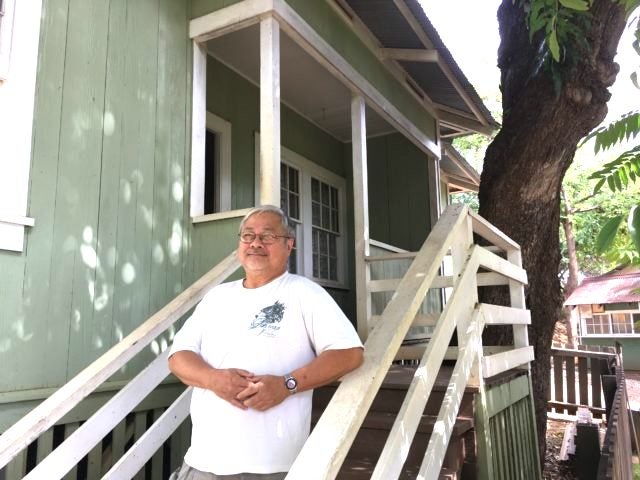 Standing in front of a replica of houses for Filipino workers at Hawaii’s Plantation Village, Clement Bautista believes the influx of Filipino immigrants will continue, even if “chain migration” is ended. Rui Kaneya/Civil Beat

Federico Magdalena, associate director of the Center for Philippine Studies at the University of Hawaii, says ending family-based immigration could also mean that the U.S. won’t be able to attract highly skilled immigrants to fill labor shortages.

Magdalena points out that Filipinos, many of whom are recruited for in-demand fields like nursing in the U.S., might decide to move to other countries with immigrant-friendly policies. “The U.S. could find itself becoming the second choice for many of these professionals,” he said.

Still, Clement Bautista, director of the Office of Multicultural Student Services at the University of Hawaii, says the level of Filipino immigration will likely remain steady in the long run, as more people who would have otherwise relied on family-based immigration turn to employment-based visas to come to the U.S.

“They’ll figure out a way to keep coming in,” said Bautista, a board member of the Filipino Community Center.

“It’s going to be more trained skilled workers — many of them are college educated and are more willing to work lower-paid jobs than Hawaii residents. As Hawaii residents leave here for higher-paying jobs elsewhere, Filipinos will come in to fill those jobs.”

For his part, Gonzales says he might start organizing fellow Filipino immigrants to protest any move by the Trump administration to reduce family-based immigration.

“The Filipino tradition — it’s very much about the family and keeping it intact. What Trump is doing breaks that tradition,” Gonzales said. “He’s dividing families, and I would tell my countrymen that, ‘Hey, we have to mobilize and we have to fight against it.’” Reposted with permission from Civil Beat.

Rui Kaneya is a reporter for Civil Beat. You can reach him by email at [email protected] or follow him on Twitter at @ruikaneya.