US in coordination with allies will announce sanctions against Russia

US in coordination with allies will announce sanctions against Russia

The United States is coordinating with allies and will announce new sanctions against Russia on Tuesday after Moscow recognized two breakaway regions of Ukraine as independent and sent “peacekeeping” forces there, U.S. officials said on Monday.

“Tomorrow, the United States will impose sanctions on Russia for this clear violation of international law and Ukraine sovereignty and territorial integrity,” U.S. Ambassador to the United Nations, Linda Thomas-Greenfield, told reporters after a U.N. Security Council meeting on Monday evening.

“We can, will, and must stand united in our calls for Russia to withdraw its forces, return to the diplomatic table and work toward peace.”

Russian President Vladimir Putin on Monday recognized two breakaway regions of Ukraine as independent and told Russia’s defense ministry to deploy troops into the two regions to “keep the peace,” heightening tension with the West over Ukraine. 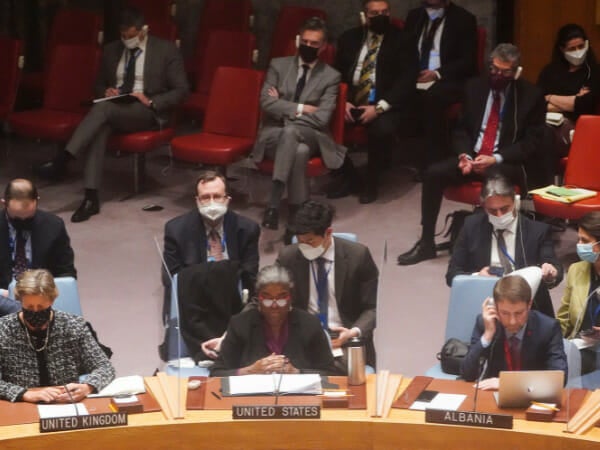 Biden administration officials said Putin’s move did not trigger a broad package of sanctions that the United States and its allies have been working on if Russia invades Ukraine because Russia already had troops in the region.

President Joe Biden issued an executive order that White House spokesperson Jen Psaki said would “prohibit new investment, trade, and financing by U.S. persons to, from, or in the so-called DNR and LNR regions of Ukraine,” referring to the self-proclaimed Donetsk People’s Republic and the Lugansk People’s Republic.

Psaki said additional measures would come on Tuesday. Those, according to another White House spokesperson, would be directed at Russia. 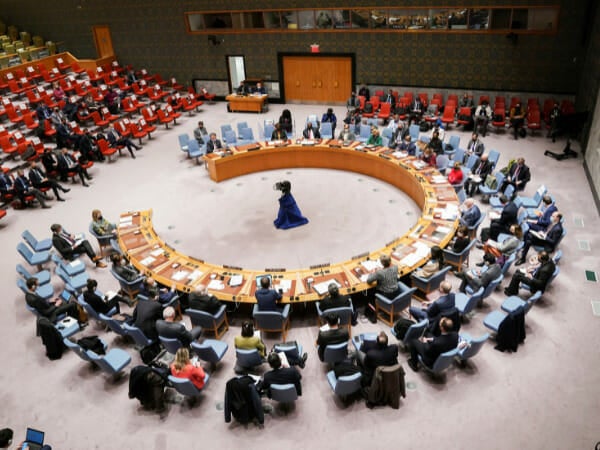 Reuters could not determine what sanctions or export controls might be announced on Tuesday, but the Biden administration has prepared an initial package of sanctions against Russia that includes barring U.S. financial institutions from processing transactions for major Russian banks, people familiar with the matter said over the weekend.

The measures aim to hurt the Russian economy by cutting the “correspondent” banking relationships between targeted Russian banks and U.S. banks that enable international payments.

The United States will also wield its most powerful sanctioning tool against certain Russian individuals and companies by placing them on the Specially Designated Nationals (SDN) list, effectively kicking them out of the U.S. banking system, banning their trade with Americans and freezing their U.S. assets, the same sources said.

Export control measures could also be announced as part of the package but would probably not have the same immediate impacts, and instead “degrade Russia’s ability to have industrial production in a couple of key sectors.”

Harrell did not detail the sectors, but other White House officials have mentioned aviation, maritime, robotics, artificial intelligence, quantum computing and defense.