Harry Styles’ songs have been in the spotlight in recent years. Reality TV has produced some of the greatest and most popular musicians. Harry Styles was a solo contestant in the 2010 British X-Factor but was eliminated. He then recalled joining the boy band One Direction.

Unfortunately, the band didn’t last forever, as most die-hard fans hoped. One member Zayn Malik, left first in mid-2015 because he wanted a life outside the spotlight. Half a year later, in early 2016, the band decided to take an indefinite hiatus. This is a code name for “we’re disbanding, but we don’t want to let the fans down too hard.” All five of them went off their separate ways, but Harry Styles became one of the most popular of them all.

The Rise of Harry Styles 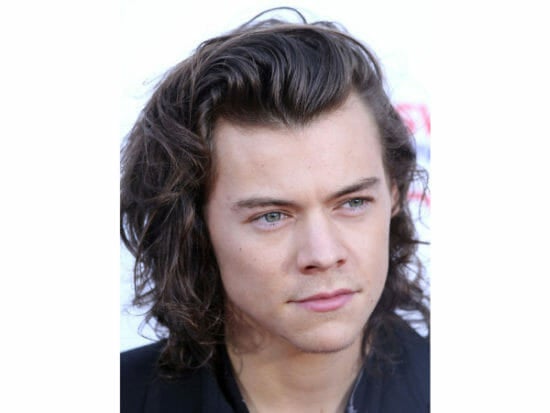 Harry Edward Styles is an English singer, songwriter, and actor whose career started taking off when he debuted with his boy band One Direction. Ever since the band split and the members went their separate ways, they’ve been launching their solo music with great success. Harry is arguably the most successful solo artist from his band. He has launched two albums since the band split in 2016.

He signed with Columbia Records in 2016 and released his first self-titled debut album in 2017. His first single, “Sign of the Times,” was released that year and topped the U.K Singles Chart. The song peaked at number four on the Billboard Hot 100.

In the same year, he also made his debut as an actor in Christopher Nolan’s war film Dunkirk, which was a huge box office success. He released his second studio album, Fine Line, in 2019 and was supposed to make his worldwide Love On Tour when the pandemic hit. 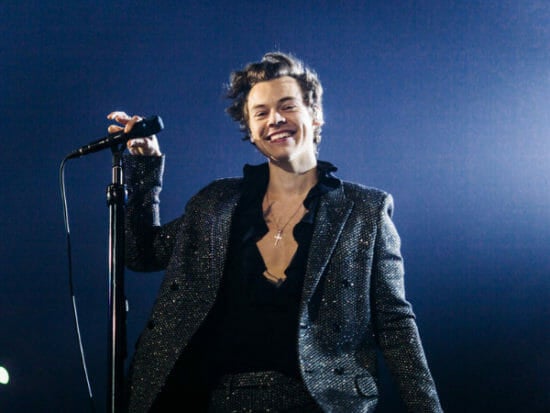 Both the Harry Styles (2017) and Fine Line (2019) albums were such huge hits that they skyrocketed Harry to fame all over the globe, even more than when he was with One Direction. Harry Styles’ songs are now catered to a wider audience, and his style has changed for the better. With a mix of folk, indie, pop, and rock, he has captured the attention of music fans everywhere. Not to mention, his sense of fashion got him trending more than a few times online.

With 1 million copies of his self-titled album sold in 2017, the International Federation of the Phonographic Industry named Harry’s ninth best-selling album of 2017. It had hit songs “Only Angel,” “Kiwi,” and many others. His hit song “Watermelon Sugar” from his 2019 album won him the first Grammy of his music career for Best Pop Solo Performance in the 2021 Grammy Awards. Below are ten Harry Styles songs ranked.

One of Harry Styles’ songs that explores sexuality tells the story of a man who is fascinated with a woman from his imagination. Whether the imaginary “she” is real or not is not the point; more than the power of infatuation can be all-consuming, no matter who you are. Harry once said the album in which this song was included was “all about having sex and feeling sad.” Quite an apt description of this song as it is sensual and passionate.

We still can't get over the new @Harry_Styles music video for #Kiwi 😛😍 Watch the full video on YouTube now! https://t.co/0MzjGEudhF#ARIASHARRYSTYLES pic.twitter.com/rWMlLTH3GJ

One of Harry’s more classic, hard-hitting rock songs, he puts to good use his skills at the guitar. This is a song about a mythic cosmopolitan woman, complete with cigarettes and mention of alcoholic drinks. It is also Harry’s favorite song from his self-titled album. It peaked at #40 in the U.S. Mainstream Top 40 and certified platinum in Australia and the U.S.

While this track has topped various charts and has been nominated for multiple awards, it was Harry’s debut single, and the pressure was on as it would launch his solo music career. Some fans argue it was a perfect single, but others disagree, saying the lyrics were too limited for such a long song. Nevertheless, this song has a deeper message written by a mother dying from childbirth. She tells her child to stop crying and be strong.

harry styles singing cherry with his voice so peaceful gives me such a positive peacepic.twitter.com/5tEmvKek7K

Melancholic and nostalgic, Cherry is one particular Harry Styles song. The song is an ode to what Harry felt during a breakup and what he wishes he would have done differently. It talks of love, jealousy, intimacy, and the heartbreak of losing someone you truly love. There is a voice memo in the song of Harry’s ex taking a phone call when they were still together — that just packs a powerful punch to the nostalgia.

Lights Up was Harry’s lead single from Fine Line (2019). Enchanting, catchy, and freeing. The lyrics celebrate self-discovery, self-identity, and freedom. Being comfortable in one’s skin has always been Harry’s tune. 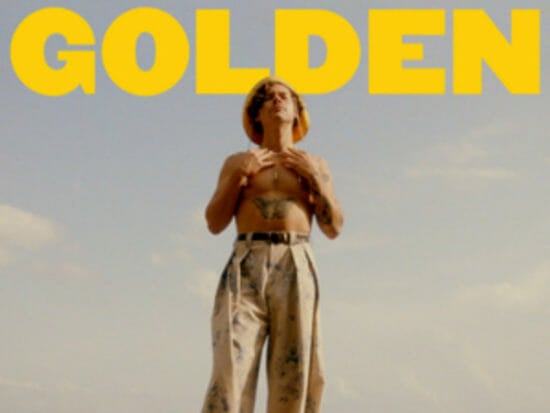 Golden was the first song written for Harry’s second album. It was intended to be No. 1 on the tracklist. This song is a mellow, soft rock that embodies his range as an artist. Although it is a fast-paced song, the lyrics are still deep and thoughtful. It’s a good tune to listen to if you’re having a bad day or simply need a pick-me-upper.

This is the second single from his debut album, and one of the most listened to. It has notes of folk and indie with calming guitar riffs. It foregoes the more lyrical language of Harry’s other songs, but it still has that distinct Harry Styles song style. There has been much speculation about who the song is, but Harry has never confirmed. All you need to know is that it is a sweet melody of going through difficult times with a loved one but loving them nonetheless. 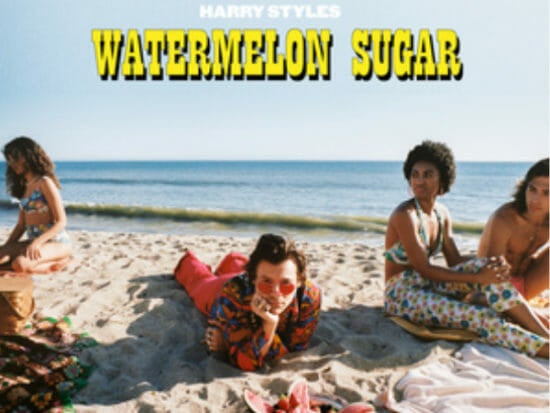 Another fruit-themed song? Yes, please. Some fans comment in jest that Kiwi walked so Watermelon Sugar could run. Although its lyrics can be confusing at times, that’s just the wonder of Harry’s creativity. This song won him his first Grammy, so needless to say. It is well-loved by fans and music critics alike. The music video features a 1970s summer vibe too.

Falling, one of his heavier tracks, is a piano-heavy ballad that is simple in its tune but powerful in its lyrics. It is filled with regrets and self-realizations that just hit home. The song’s video is poignant, with Harry playing the piano in a room as it slowly filled with water. The lyrics are truly a masterpiece that can invoke nostalgia and still want you to stay hopeful for the future.

Harry Styles performs “from the dining table” in Barcelona, live on tour 2018. notice how he keeps his eyes closed all the time🥺 pic.twitter.com/spOna2JLLz

Truly a trademark for a Harry Styles song, this song is moody with a minimal guitar riff, heartbreaking lyrics, an ode to one’s sexuality, and “pure honesty,” according to Harry himself in a Rolling Stone interview. It is a poignant song about loss and the struggles of moving on with your life long after the one you loved has exited the door. It clearly expresses his crisp voice yet vulnerable vocals.

Why did Harry Styles leave One Direction? 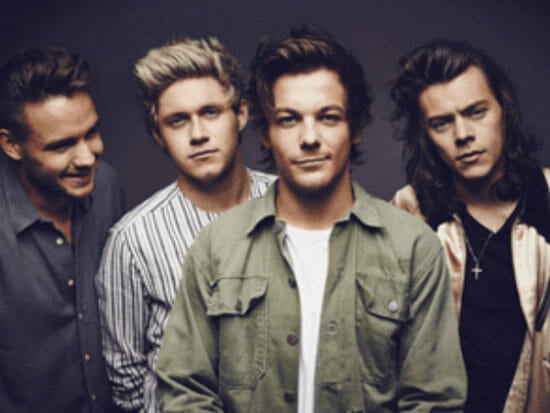 Harry did not leave One Direction. It was more like they disbanded, and it was a mutual agreement. Zayn Malik was the first to exit because he wanted to live a normal life. This was a moot point because Zayn also soon debuted his solo career. It did not help that he dated and had a child with supermodel Gigi Hadid. The rest of the boys went their separate ways. Harry went to kick off her music career only a year after One Direction disbanded.

Dogecoin Mining – Everything to Know

Types of Management Styles That Seem to Work

How much is Harry Styles’ net worth now?

With multiple singles going platinum in different parts of the globe, with millions of copies of his album sold, and with his still-booming career as an artist and an actor, it comes as no surprise that he has amassed some well-deserved wealth. His net worth is now estimated to be $80 million now and is still growing together with his popularity.