Police in Ottawa see signs that guns have been brought into a truckers’ protest against vaccine mandates that has paralyzed the Canadian capital, the police chief said on Wednesday, adding that calling in the military would pose major risks.

“We have had an indication around firearms coming into this jurisdiction as part of this demonstration as much as a week and a half ago,” Chief Peter Sloly told a briefing.

He said there was evidence of “a significant element from the United States in the funding and organizing” of the protest.

Dozens of truck drivers protesting about COVID-19 vaccine mandates have blocked central routes in the city for six days. Residents have been getting angrier at perceived inaction by the police, who have largely stood to one side. 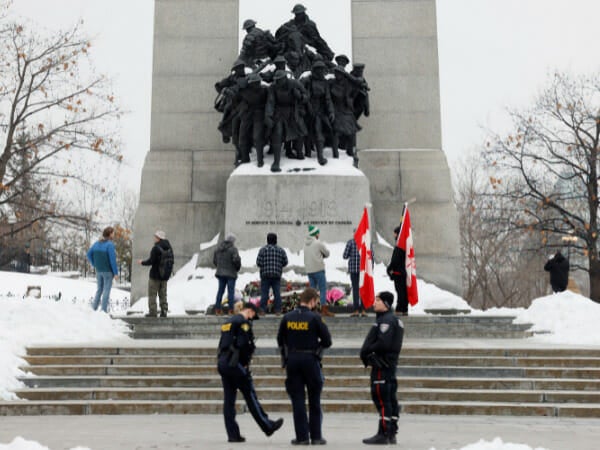 The protesters say they have no intention of leaving until the government scraps the vaccine mandates.

Police have declined to end the protest, citing the risk of aggravating tensions. They say they are investigating reports of criminal offences, including hate crimes and desecration of public property, and have made three arrests so far.

“We’re looking at every single option, including military aid,” Sloly said. “Mixing them into a population in the downtown core in a highly volatile demonstration … may mitigate some risks and may create and escalate a whole bunch of other risks.” 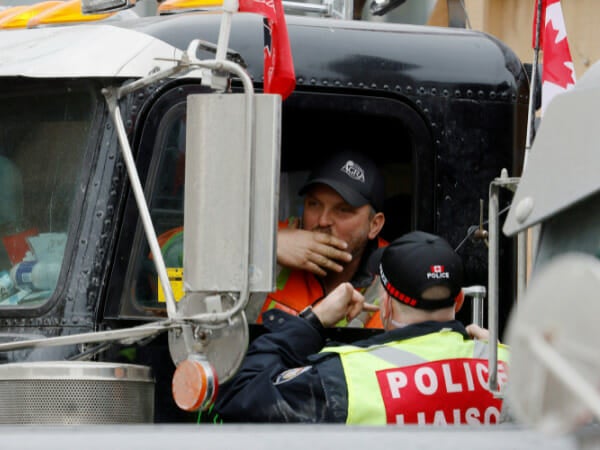 The demonstration began as a move to force the Liberal government of Prime Minister Justin Trudeau to drop a vaccine mandate for cross-border truckers. It has since turned into a more populist anti-Trudeau movement.

Trudeau on Monday said Canadians were disgusted by the behavior of some protesters and vowed not to be intimidated.

The inaction of police – some of whom have posed for selfies with demonstrators – contrasts with more robust action by authorities in the western province of Alberta.

The Royal Canadian Mounted Police on Tuesday moved in on truckers blockading the U.S. border at the town of Coutts but pulled back after clashes with some drivers.