Fil-Am named 'Junior Sailor of the Year' by his U.S. Navy command

Fil-Am named ‘Junior Sailor of the Year’ by his U.S. Navy command 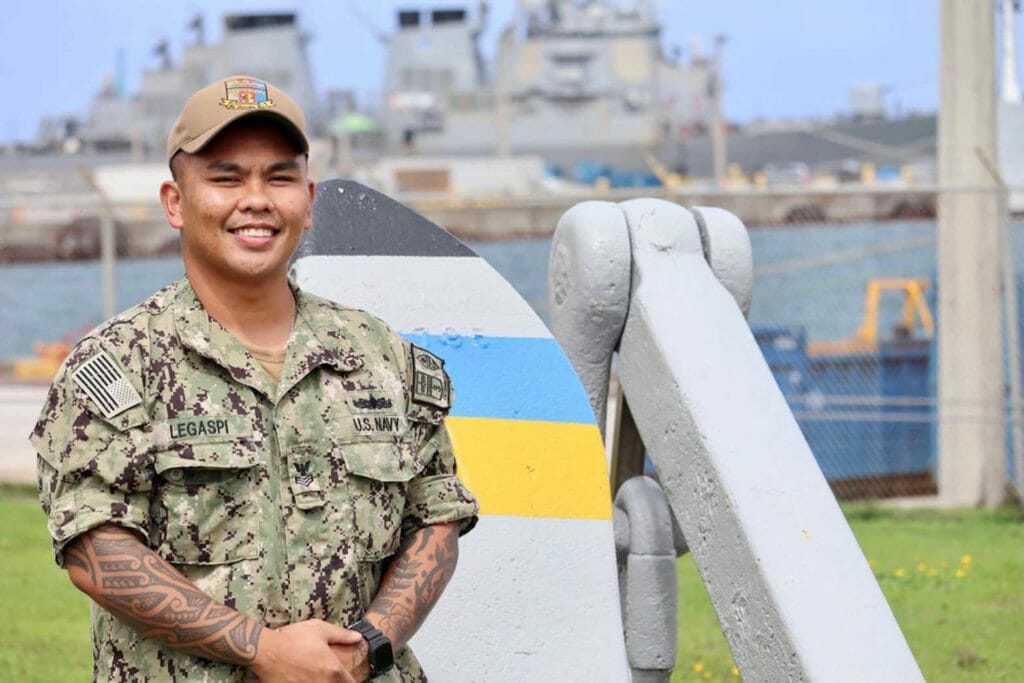 Petty Officer Johncarlo Legaspi tracks the readiness of 14 Military Sealift Command ships that support warfighters from all of the U.S. Armed Services throughout the Indo-Pacific Region. USN

The San Diego native is his command’s assistant material officer, tracking the readiness of 14 Military Sealift Command ships that support warfighters from all of the U.S. Armed Services throughout the Indo-Pacific Region.

“My job is important because it gives a snapshot of the readiness of our ships. At any point in time, we know who is up and ready to operate,” Legaspi told Dividshub.net News.

“I love my job, and I understand the importance of it. I am grateful to also be rewarded for something I already love to do,” the first class engineman said.

He inspects anything from the massive diesel engines on the Lewis-and-Clark dry cargo ships to examining damage control equipment onboard. He ensures the speedy movement of vessels so they are ready when they are tasked.

Legaspi also trains civil service and contracted mariners on how best to prepare their ships for three-year inspections. He examines calibrations on meters and gauges and identifies discrepancies that can be corrected on critical ship equipment.

Legaspi’s father was a senior chief in the Navy. Three of his uncles served as well. Manila-born Legaspi joined the Navy in 2012 and first became interested in the engineering department during his first ship assignment.

“I am proud of my heritage, and I take pride in teaching the command about different cultures around the world and their significant contributions to our Navy,” he said.

View comments
TAGS: Filipino American US servicemen, Filipinos in the US Navy