The retirement of Breyer, who is 83 and has served on the court since 1994, gives Biden a first chance to shape the court, whose 6-3 conservative majority has shown an increasing assertiveness on issues including abortion and gun rights. Biden’s Republican predecessor Donald Trump was able to appoint three justices during his four years in office.

Biden’s fellow Democrats hold a razor-thin majority in the Senate, which under the U.S. Constitution confirms Supreme Court nominees. Senate Majority Leader Chuck Schumer said Biden’s nominee to replace Breyer will receive a “prompt hearing” and will be considered and confirmed with “all deliberate speed.”

The Democrats have reason for speed. Republicans are seeking to regain control of the Senate in the Nov. 8 congressional elections. The chamber’s top Republican, Mitch McConnell, has made clear he would block any Biden nominations to the court if his party regains the majority. 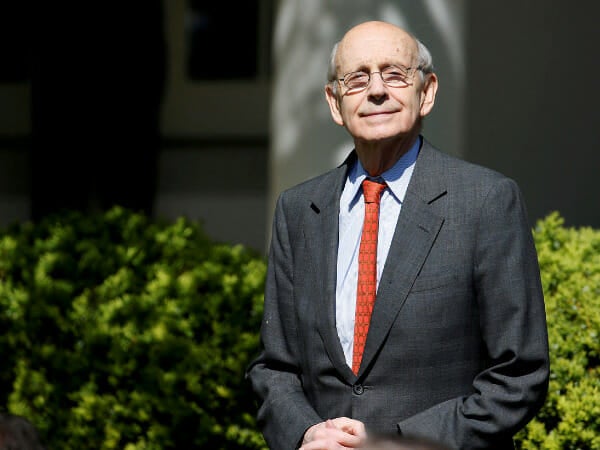 A Biden appointee to replace Breyer, who is set to step down after the court’s current term that runs through June, would not change its ideological balance, but would enable him to refresh its liberal wing with a much younger jurist who could serve for decades in the lifetime post.

Breyer and Biden are scheduled to make a public appearance on Thursday where the justice is set to formally announce his retirement, a CNN reporter wrote in a tweet, citing a source familiar with the matter.

Democrats aim to confirm Biden’s pick for the vacancy in a time frame similar to the one-month process that McConnell and the Republicans used in 2020 to confirm Trump’s third appointee, Amy Coney Barrett, according to a source familiar with planning.

The Senate’s filibuster rule that requires 60 of the 100 members to agree to advance most legislation does not apply to judicial nominations, meaning Democrats could confirm a Biden pick with just their 50 members and Vice President Kamala Harris’ tie-breaking vote. 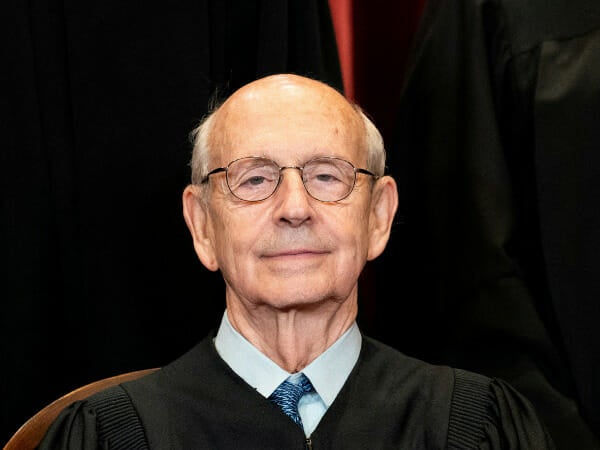 Associate Justice Stephen Breyer poses during a group photo of the Justices at the Supreme Court in Washington, U.S., April 23, 2021. Erin Schaff/Pool via REUTERS/File Photo

Two centrist Democrats who have blocked some Biden legislative priorities, Senators Joe Manchin and Kyrsten Sinema, have so far supported most of his judicial nominees.

Breyer, the Supreme Court’s oldest member, was appointed to his lifetime post by Democratic President Bill Clinton. He authored important rulings upholding abortion rights and healthcare access, helped advance LGBT rights and questioned the constitutionality of the death penalty. He often found himself in dissent on a court that has moved ever rightward.

Potential Biden nominees include Ketanji Brown Jackson, a former Breyer law clerk who was confirmed by the Senate last June to serve on an influential U.S. appellate court, and Leondra Kruger, who serves on the California Supreme Court.

Only conservative Justice Clarence Thomas has served longer than Breyer among the current justices, joining in 1991. Thomas is one of two Black men to have served on the high court, alongside Thurgood Marshall who served from 1967 to 1991.

Trump’s three appointees all are young enough to serve for decades. The Senate, then under Republican control, confirmed Barrett in 2020 after the death of liberal Justice Ruth Bader Ginsburg.

After Biden defeated Trump in the 2020 election, some liberal activists urged Breyer to step aside while Democrats control the Senate, concerned that if he did not do so Republicans could block confirmation of his successor or a future Republican president could name his replacement and tilt the court even further to the right.

The court is due to rule by the end of June in cases giving its conservative majority a chance to curtail abortion rights and widen gun rights. The justices this week took up a case to be decided in their next term that could doom university policies considering race as a factor in student admissions and cripple affirmative action policies despised by the American right.

He authored two important abortion rulings in 2016 and 2020 that struck down restrictions on clinics in Texas and Louisiana. He also was in the majority in the landmark ruling in 2015 that legalized gay marriage. Breyer has become a persistent critic of the death penalty and wrote that it was “highly likely” that capital punishment violates the Constitution’s Eighth Amendment prohibition on cruel and unusual punishment.

(Reporting by Lawrence Hurley in Washington, Andrew Chung in New York and Kanishka Singh in Bengaluru; Additional reporting by Richard Cowan; Editing by Scott Malone, Will Dunham and Rosalba O’Brien)