SAN FRANCISCO — A Filipino tradition, the Christmas Novena of Masses called Simbang Gabi begins its annual celebration in the Archdiocese. The ninth annual Commissioning Mass, which heralds the beginning of the season, is at St. Mary’s Cathedral on December 6 at 7:30 p.m., with Bishop William Justice as main celebrant. 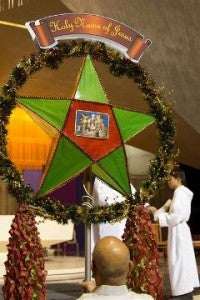 During the Novena period, from December 16 to 24, more than 45 parishes will celebrate Simbang Gabi Masses. On December 16, at St. Stephen’s Church, which began its Simbang Gabi tradition in 1996, Archbishop Salvatore Cordileone will be the main celebrant at the parish’s 20th anniversary Mass.