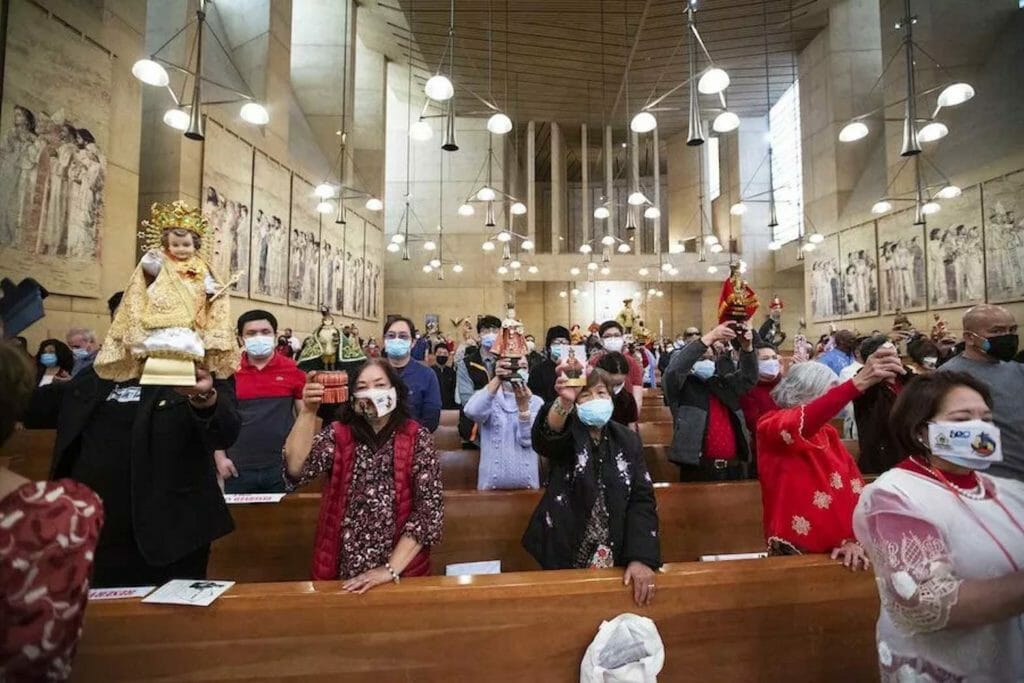 A Mass held for the feast of the Santo Niño de Cebú at the Cathedral of Our Lady of the Angels in Los Angeles, California, Jan. 16, 2022. (Victor Alemán/Angelus News)

LOS ANGELES — Archbishop Gomez of Los Angeles said Mass Sunday in honor of the 500th anniversary of Christianity in the Philippines, celebrating the feast of the Santo Niño de Cebú.

“Today, we especially entrust ourselves to the Divine Infant, Santo Niño, as we continue to give thanks to God for opening the door of faith to the people of the Philippines, five hundred years ago,” the archbishop said during his Jan. 16 homily at the Cathedral of Our Lady of the Angels, according to the National Catholic Register.

“And of course, we also recall that shortly after the door of faith was opened, the first Filipinos to come to America, arriving at Morro Bay, in 1587. It is beautiful to think about it and to reflect that Filipinos were here, worshipping and working in our country long before our country had a name.”

The Santo Niño de Cebú is a statue that was given to Juana, wife of the king of Cebu, after their 1521 baptism. It is widely venerated in the Philippines, and is now housed in the Basilica del Santo Niño in Cebu City.

Preceding the Mass, Filipino traditions were displayed on the cathedral plaza, and images of the Santo Niño were blessed during the Mass.