Whose history, whose truth?

Whose history, whose truth? 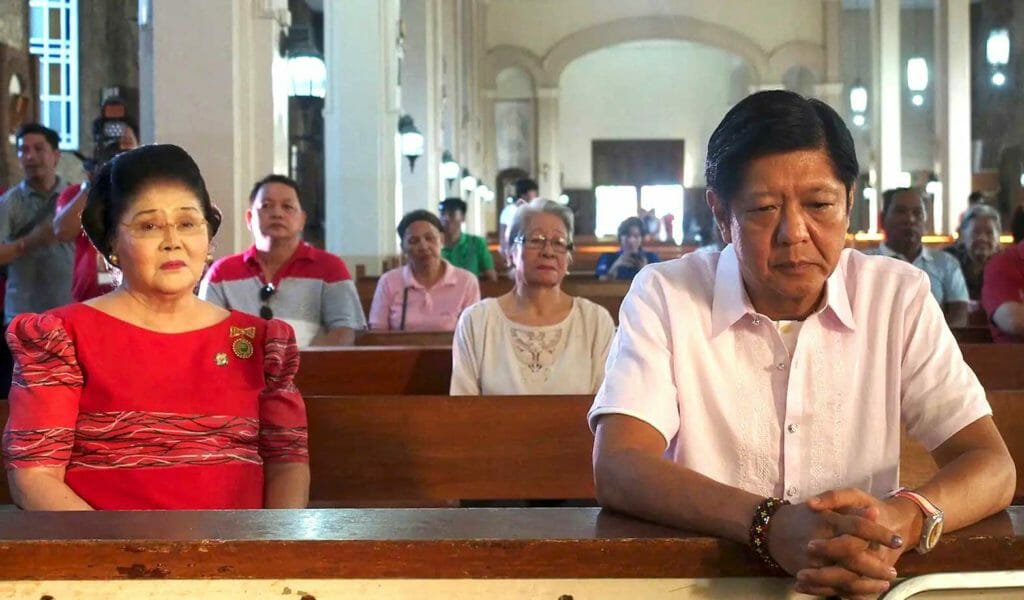 Current presidential candidate Ferdinand “Bongbong” Marcos, attends a mass with his mother, former First Lady Imelda Marcos, in the Philippine town of Batac, in Ilocos Norte province, on May 9, 2016. Reuters

NEW YORK—That the unprecedented, illegal, and violent assault on the US Capitol a little more than a year ago can be misrepresented as, according to one Republican solon, a group of well-behaved tourists out to see the place, or, as others would have us believe, antifa activists masquerading as pro-Trump supporters, clearly demonstrates how easily historical truth can be bent to fit preordained narratives.

Even as there is an Everest of evidence—TV coverage, cellphone videos, social media posts, texts, first-person testimony—a systemic campaign is at the same time being mounted to discredit what the whole world saw on that day, including the former president who watched the siege unfold, gleefully, for more than two hours before calling off his dogs of war.

Is it alarmist then to raise fears that another such attack could take place?

Not if the countervailing narrative takes hold, as it has among the more gullible elements of the pro-Trump supporters. Yes, there are those among the latter who do acknowledge that the election was fair, impartial, and that Biden won the presidential election and his predecessor lost by a huge margin. But how many precisely?

Extremist attempts to obfuscate, to falsify, the January 6th events make the role of the House Committee investigating what and who caused the insurrection invaluable not only for the public record but for justice to be carried out by prosecuting to the full extent of the law the architects of that unconscionable assault.

The desired aim is far from guaranteed, given that examples of history miscast or misrepresented abound, from those who would deny that the Holocaust or that the Turkish-led genocide of Armenians ever happened, to Beijing’s suppressing information on the 1989 Tiananmen massacre and to those in this country who deny that slavery constitutes a part of this nation’s fabric.

Concerning slavery, the process of righting the public record has been excruciatingly slow. The murder of George Floyd in 2020 and the ensuing nationwide protests did hasten the process, at least in the removal of nearly 100 statues honoring Confederate figures. There remain however 10 such statues in the US Capitol’s National Statuary Hall, of people who served in the Confederate States Army, supported the Confederate States of America and its secession from the Union during the Civil War, among them Alexander Hamilton Stephens of Georgia, vice-president of the Confederacy, and Uriah Milton Rose of Arkansas, a lawyer and prominent supporter of the Confederacy.

To his and his state’s credit, Democratic Virginia Gov. Ralph Northam declared in December 2020 that the state had removed from Statuary Hall Confederate General Robert E. Lee’s statue, which had stood in the U.S. Capitol for more than a hundred years, to be replaced with a statue of Virginia civil rights activist Barbara Rose Johns.

In the case of the 1899 Philippine-American War, while there is growing recognition that this was indeed a war—a brutal, more-than-a-decade-long conflict that was prelude to the Vietnam War—rather than an insurrection and mere footnote to the 1898 Spanish-American War, most of America is still blissfully, and perhaps willfully, ignorant of this fateful part of their past. It is a past that has defined its foreign policy and adventurism abroad, with disastrous results for all parties involved.

We see how, in the current campaign for the presidency of the Philippines, the dictatorial rule of the Marcoses, from 1972 to 1986, is being recast by BongBong Marcos, his son and apparently leading contender to succeed President Rodrigo Duterte, as a golden age, rather than one where cronyism, widespread corruption, and systematic abuse of constitutional rights reigned. His father a dictator? Not at all. If the son is to be believed, the father was a savior, with Imelda as his invaluable helpmeet. President Duterte helped start this makeover, when in 2016 he allowed the interment of the late dictator at the National Heroes Cemetery—an act akin to, as a political observer then observed, burying Al Capone at Arlington National Cemetery.

With a massive war chest, the Marcos campaign is rewriting history, and if polls are to be believed, seems to be convincing those too young to have experienced the dark days of martial law but now are old enough to vote, implanting in them a kind of nostalgia for a supposedly halcyon period.

Words do have consequences, and if the deliberate distortions of January 6th and the Marcos era take root in the mainstream, those consequences will be dire. It might be time to take to the hills.