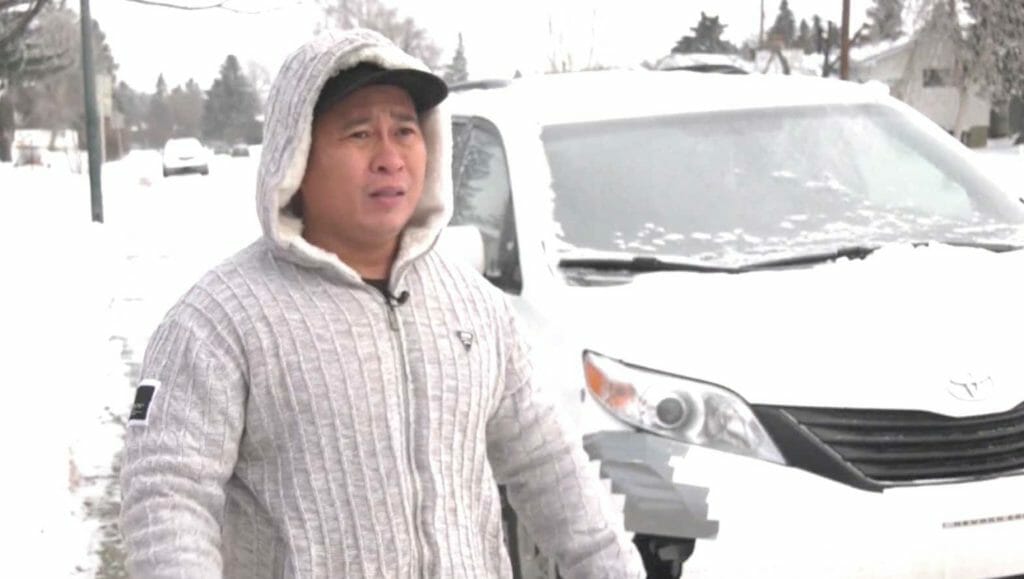 Jonathan Bandalian was worried about the carjacker driving off while his children wee still inside the vehicle. SCREENSHOT

A Filipino father in Calgary, Canada physically stopped a man from stealing his van while his two children were still inside. His dash-cam caught he struggle.

Jonathan Bandialan on Jan. 5 was picking up food from a Filipino restaurant while his 16-year-old son, Jezthene, and two-year-old daughter waited in their vehicle. A man suddenly entered the van, ordering Jezthene to get out.

The quick-thinking teen stalled the man by saying he needed to help his sister and get his belongings out of the van. Jezthene then phoned his dad who was just a short distance away, inside the restaurant.

Jonathan sprinted to the van’s opened back door as the suspect pulled out of the parking lot. 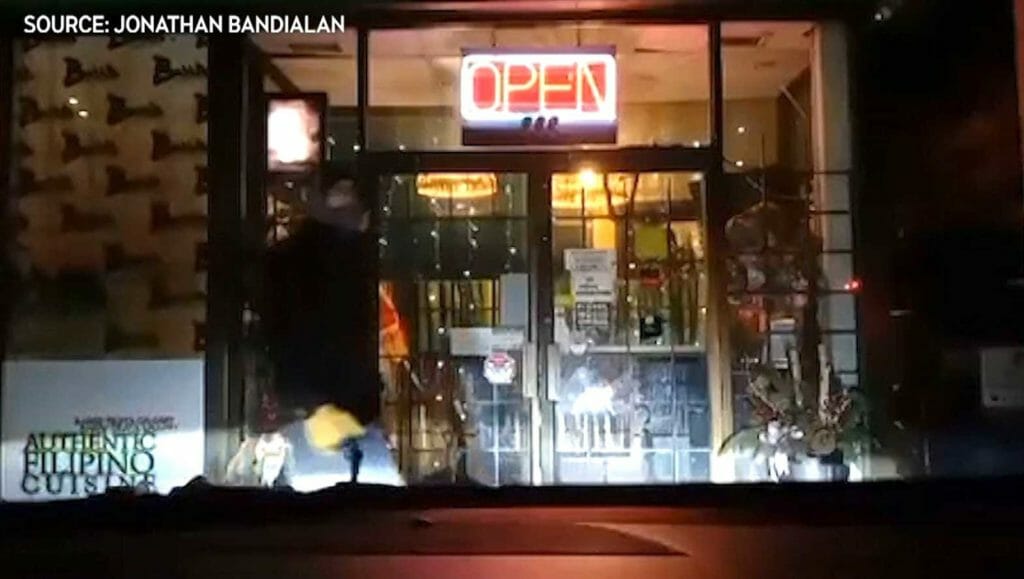 The Bandalians were picking up dinner from this Filipino restaurant in Calgary when the attempted carjacking happened. SCREENSHOT

“I grabbed him right away and he tried to fight back,” Bandialan told CTV News. “He’s a big guy. Strong, too.”

Trained in martial arts, Bandalian used the back of the front seat as leverage and pinned and choked the man from the van’s middle seats. The dash-cam recorded the suspect begging to be let off. Jezthene pulled the parking brake and stopped the van.

The suspect was able to flee from the vehicle, and Bandalian decided not to chase him. “I just wanted to get back my son, my daughter, you know,” Bandialan said. “I don’t think about my car, that’s a material thing.”

They called the police but no arrests have been made.

Anyone who may have more information about what happened is asked to contact police or Crime Stoppers.